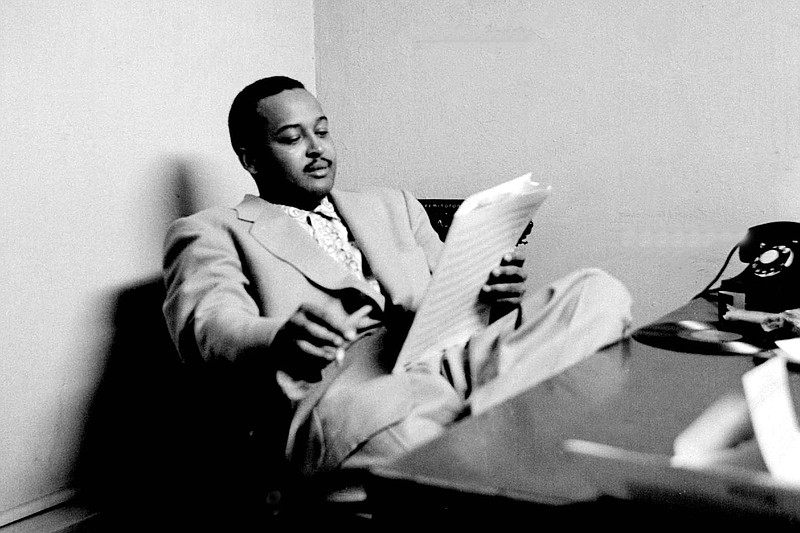 Musician Henry Glover was born in Hot Springs and became a well-known songwriter, producer and arranger for labels like King and Roulette in the ’40s and ’50s. Glover’s impact on the music industry as a songwriter and producer is being celebrated during the 10-day Arts & the Park Festival in his hometown of Hot Springs. (Courtesy “Arkansongs” and Sherry Glover Thompson/The Henry Glover Estate)

What do Hot Springs, "The Peppermint Twist," Grandpa Jones and The Band have in common?

Never heard of him, you say? Well, that's understandable.

Glover, who was born in Hot Springs and would have turned 100 on May 21, was an early mover and shaker in the music industry, but much of his work was behind the scenes. Still, if you've paid attention to popular music since the 1950s, you've heard his work.

His hometown is saluting its native son beginning Friday as part of the annual 10-day Arts & the Park festival. At 11 a.m. Saturday, Glover will be inducted into the Arkansas Walk of Fame during a ceremony at the Legendary Vapors nightclub and on May 21, the city will proclaim it Henry Glover Day.

Stephen Koch of Little Rock is the longtime host of weekly radio show "Arkansongs" and has done extensive research into Glover's life.

"Henry Glover had deep roots in Hot Springs," Koch says. "His dad worked at the Quapaw Bathhouse and his grandmother had a boardinghouse."

"He helped start this infusion of what became modern day R&B and rock 'n' roll." 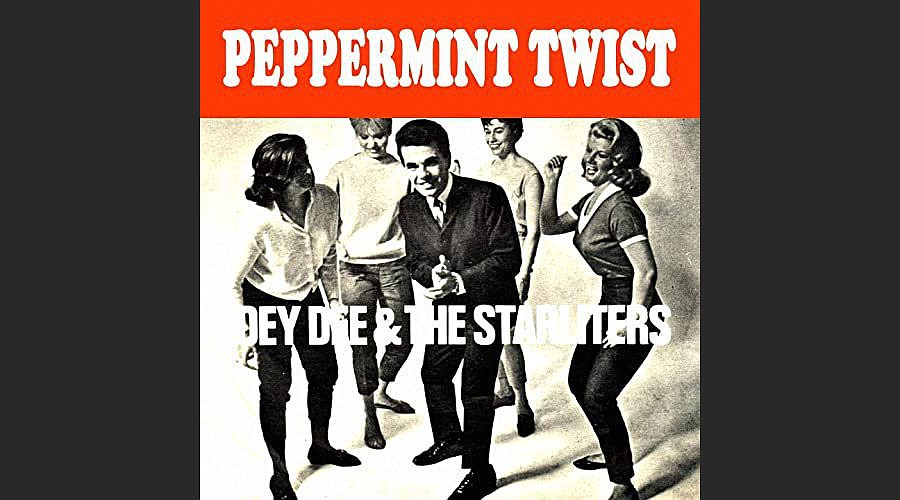 “The Peppermint Twist,” the 1961 hit by Joey Dee and the Starliters, was co-written by Hot Springs native Henry Glover.

A few years back, Koch reached out to officials in Hot Springs about honoring Glover as his 100th birthday approached. The Arts & the Park festival, presented by the Hot Springs Area Cultural Alliance, seemed an ideal way to salute the musician.

"The more I learned about him, the more it became apparent that we needed to celebrate his life and accomplishments," says Mary Zunick, cultural affairs manager with the group Visit Hot Springs.

Glover started playing trumpet as a youngster and graduated from Langston High in Hot Springs, which the city's Black students attended before integration. In the '40s he was part of Buddy Johnson's big band and the Lucky Millinder orchestra.

But his biggest impact was as a songwriter, arranger, producer, artist and repertoire man. He co-wrote "The Peppermint Twist," a No. 1 hit for Joey Dee and the Starliters in 1961 and wrote "California Sun," which The Rivieras took to No. 5 on the Billboard charts and punk rock godfathers The Ramones later covered.

He also produced or wrote music recorded by Dinah Washington, Wynonie Harris, Ray Charles, Hank Ballard and the Midnighters ... really, we're just scratching the surface here."People talk about producing and it's a little bit esoteric, but people know what songs are. To me, his greatest legacy is as a songwriter," Koch says.

Glover worked for King Records, an independent label based in Cincinnati that gave James Brown his start. King had a stable of well-known country acts and, despite racial attitudes that tended to segregate white and Black artists, he produced sessions for hillbilly stars like Grandpa Jones, Cowboy Copas, Moon Mullican and the Delmore Brothers.

It was good business sense for the label and songwriters, where a song like "Blues Stay Away from Me," written by Glover, Cleburn County native Wayne Rayney and the Delmore Brothers, could cross over in popularity. 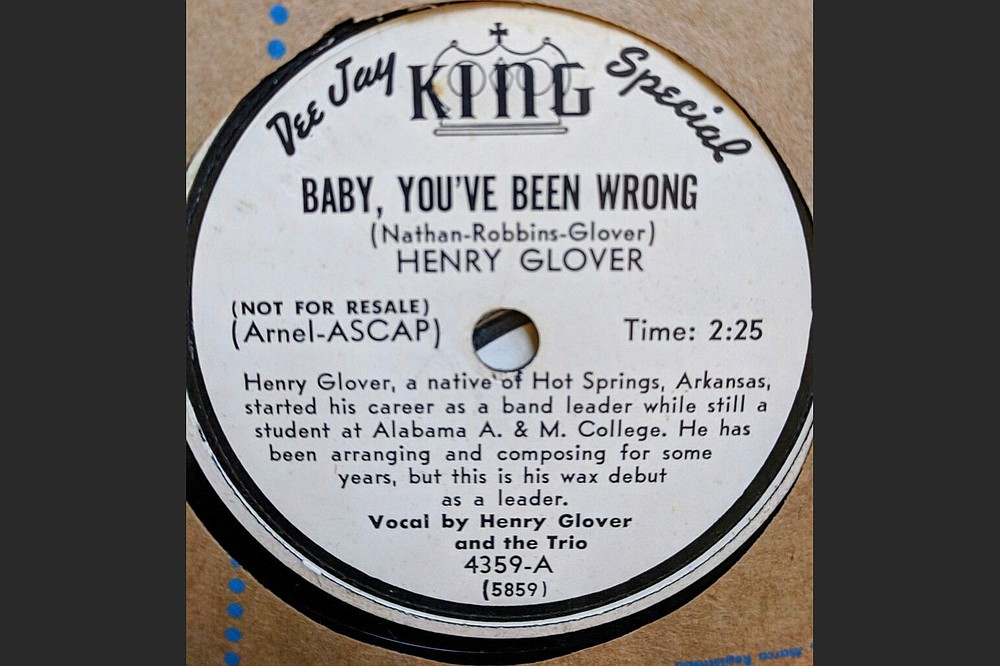 Henry Glover’s work was mostly behind the scenes in the music industry. This is a “Dee Jay Special” pressing for radio stations of Glover’s “Baby, You’ve Been Wrong” on Cincinnati-based King Records. (Special to the Democrat-Gazette/Stephen Koch)

In a May 2020 story about Glover for Arkansas Life, Koch writes:

"But Glover often struck gold with the same song on both sides of his label's musical aisle at King Records. An R&B number was easily cut by a country artist, and a country hit could become an R&B song. And if a songwriter could receive double the royalties while also blazing across stratified lines of race and genre, more's the better, eh? In the process, Glover broke down musical and cultural barriers in the United States, helped forge rock 'n' roll and personified genre-busting artistic freedom."

There were also semi- naughty songs Glover wrote and/or produced in the late '40s, with titles like "Big 10-Inch Record," later covered by the rock band Aerosmith on 1975's "Toys in the Attic," "Keep on Churnin' 'til the Butter Comes" and "Rocky Mountain Oysters."

"I have a whole 'Arkansongs' episode about the bawdy songs," Koch says with a chuckle.

Glover left King in 1958 and was an A&R man for Roulette Records. It was there that he began working with wildman and fellow Arkansan Ronnie Hawkins and his backing band The Hawks. He was behind the board for their snarling version of Bo Diddley's "Who Do You Love," and encouraged Hawkins' group, which included Phillips County native Levon Helm on drums, to pursue their own ambitions.

"He was the first guy to suggest to Levon, hey, this band is pretty good," Koch says. "Y'all need to do your own stuff."

Glover produced an early single of theirs, "Leave Me Alone," backed with "Uh Uh Uh," when they were known as the Canadian Squires. The group later became famous as The Band.

It was through Helm that Koch first learned of Glover. 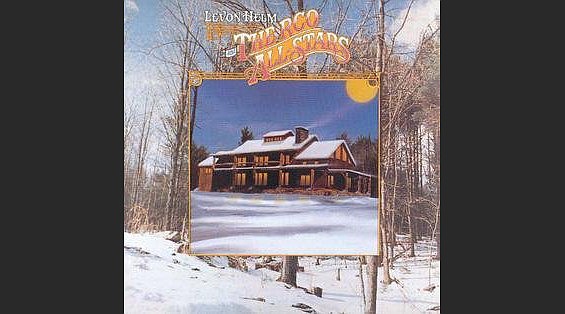 Levon Helm & the RCO All Stars was a project by a pair of Arkansas musician friends, Helm and Henry Glover.

"Levon said that Henry Glover was his mentor," Koch says. "He helped Levon after The Band broke up. From what I've heard, they felt an instant rapport from when they first met. They were ­really close."

Glover was listed as "Band Master" and the record, featuring chestnuts like "Milk Cow Boogie" and "That's My Home," included "Blues So Bad," co-written by Glover and Helm, and "Rain Down Tears," penned by Glover and Rudy Toombs.

His daughter, Sherry Glover Thompson, will be in Hot Springs on Saturday for her father's induction into the Arkansas Walk of Fame, which is at 629 Central Ave., next to the Hot Springs Visitors Center and includes famous Arkies like former President Bill Clinton, artist Carroll Cloar, poet Maya Angelou and others.

"I will be there representing my family," Thompson says from Silver Spring, Md. "I've been so pleased that his native city would give him this kind of honor. I'm real proud to represent the family on his behalf." 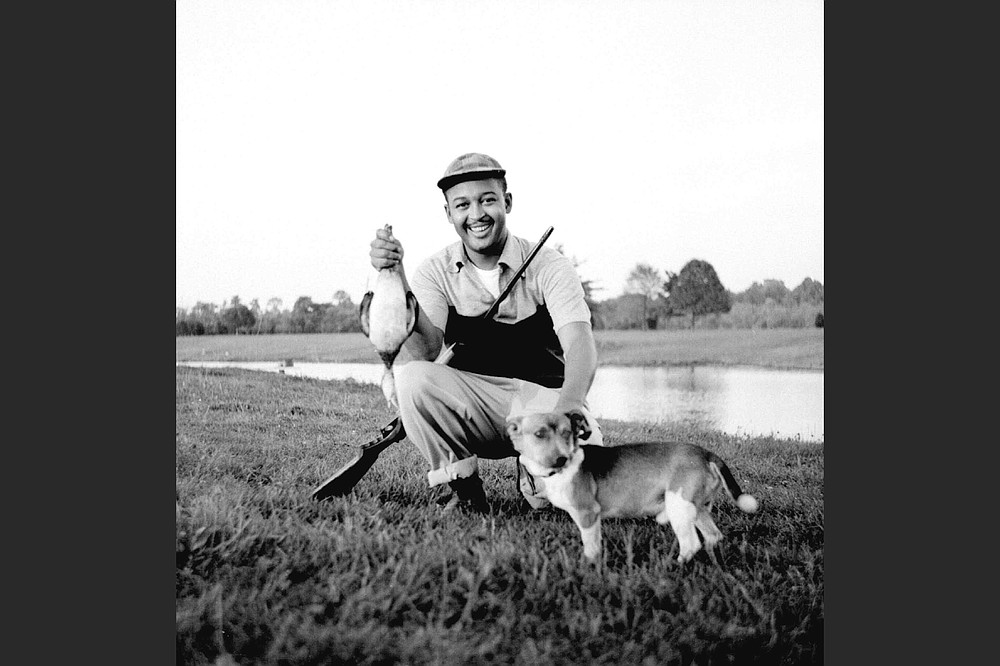 Henry Glover poses with the spoils from a hunting trip in this undated photo. Glover would have turned 100 years old on May 21. (Courtesy “Arkansongs” and Sherry Glover Thompson/The Henry Glover Estate)

Glover and Hot Springs visual artist George Hunt, who died last year in Memphis, are spotlighted in "Art Moves: Griots," an Arts & the Park exhibit along the Hot Springs Creek Greenway Trail that will feature 11 images of original art inspired by their lives.

A songwriting competition judged by Nashville, Tenn.-based musician Tony Stampley will also be held, and the winner will receive the Glover Award, Zunick says.

For information on all Arts & the Park events, most of which are free, visit hotspringsarts.org.

"The festival is a perfect example of the Hot Springs Area Cultural Alliance," Zunick says. "We want to celebrate, advocate and promote the arts and culture of Hot Springs, whether it's our current artists who live here or, in this example, a previous artist who lived here and who had an impact far beyond Hot Springs."