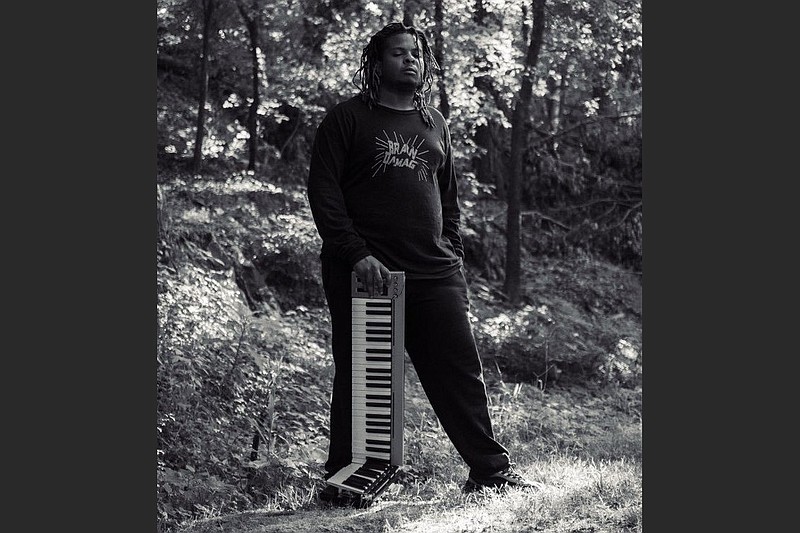 The latest from prolific Little Rock electronic artist Yuni Wa is a banging, thoughtful collection of soundscapes that captures the tone of these uneasy times.

Just look at a few of the titles on "Context 4," the 20-track project that drops Friday on the usual streaming outlets: "Run Away Slaves," "These Are the Ends," "No Place for Me," "Leader of the Ai."

Yuni Wa, whose real name is Princeton Coleman, skirts across flittering electronica to trap, disco, chillwave and digital jazz in his work. He says the series of "Context" albums captures his "perspective of Afrofuturism in electronic music."

The latest installment "shows how far an instrumental album can go if your mind is open enough to the possibilities," he says.

And there are endless possibilities on "Context 4."

"America the Miserable" could be the album's centerpiece, with its scraping, stuttering effect followed by a menacing thud that sounds like it belongs in some dank, dystopian odyssey. "Loud and Clear" is a pulsating ripper that evokes the machine-gun strobe lights of some packed, pre-pandemic club.

"These are the Ends" starts like a soft daydream before its blippy, lazer-beam heartbeat awakens.

The song, Yuni Wa says, "reflects on the feeling of experiencing uncontrollable chaos. [Last year] was an extremely chaotic year. I experienced a lot of mental distress and fear, but I wanted to translate it over to my art. After all the cases of police brutality and outright fascism, I felt like the country was approaching the end of its rope with being able to suppress all of its true honest and ugly nature."

The ominous "Edge of the Earth" opens with what could be a gathering storm of synths and closes with a sandy shuffle and fading thuds.

Then there are the quieter pieces, like "Senses" and the icy, impressionistic "Computer," which the musician calls a "cybertronic electronic vision from the future."

The album closes on what might be its brightest moment, "Numb Remix," which has a driving, shimmering poppiness and a bouncy, fat beat that eventually winds down like a runner hitting the finish line at the end of a marathon.