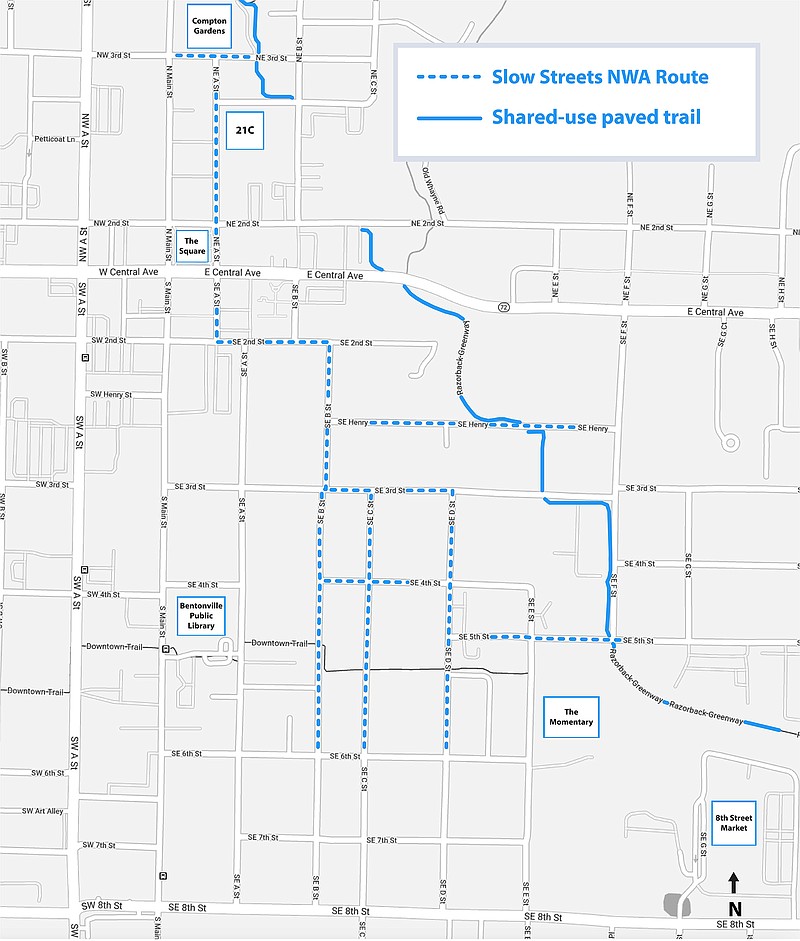 Certain streets in Northwest Arkansas will open to pedestrians.

BikeNWA's Slow Streets program will take place in Fayetteville, Rogers and Bentonville, according to a news release. The program will happen 7 p.m. Friday through 7 p.m. Sunday for several weekends. The program kicked off Friday.

The program will last through May 30 in Fayetteville and Rogers, and through June 27 in Bentonville, according to the BikeNWA website.

In Rogers, the route will go along Fifth Street from Oak Street to Cherry Street.

The purpose of Slow Streets is to calm car traffic on neighborhood streets to create safer places for people to walk, run, bicycle, skate or scoot and engage in recreation. The idea is to create a connection between neighborhoods and the Razorback Greenway, according to the release.

Signs will be placed to notify drivers to go slowly and share the street with pedestrians. Cars will still have access to the streets included in the routes.

The program was piloted a year ago in Bentonville and has taken place in various locations in Northwest Arkansas. 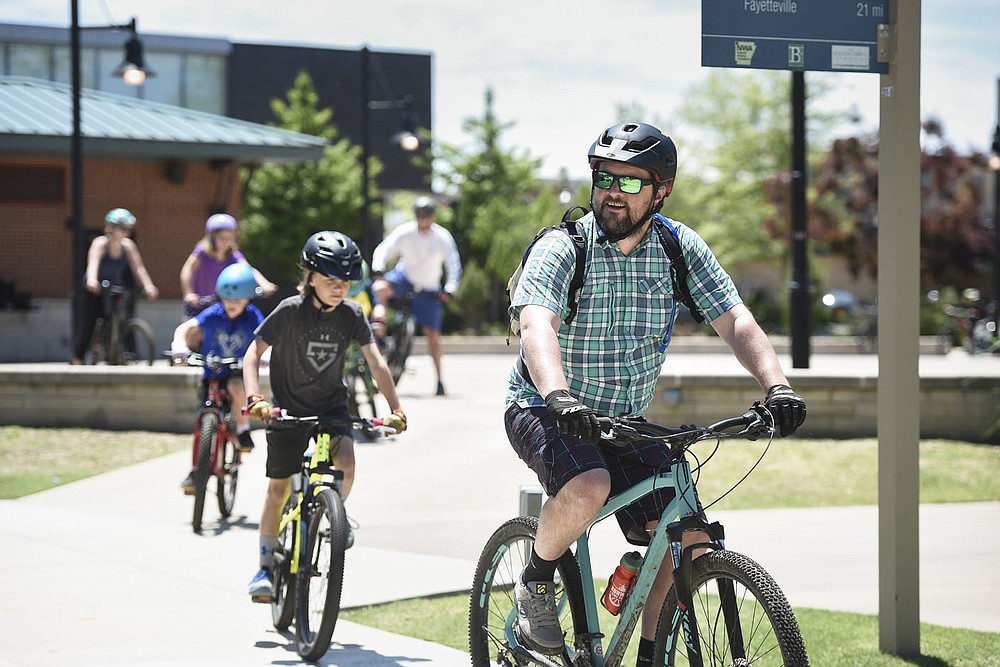 John Lindstrom of Rogers (right) rides with his family May 10 through the splashpad toward Compton Gardens in Bentonville during the inaugural Slow Streets program. BikeNWA has started its Slow Streets program for this year in Fayetteville, Rogers and Bentonville. (File photo/NWA Democrat-Gazette/Charlie Kaijo) 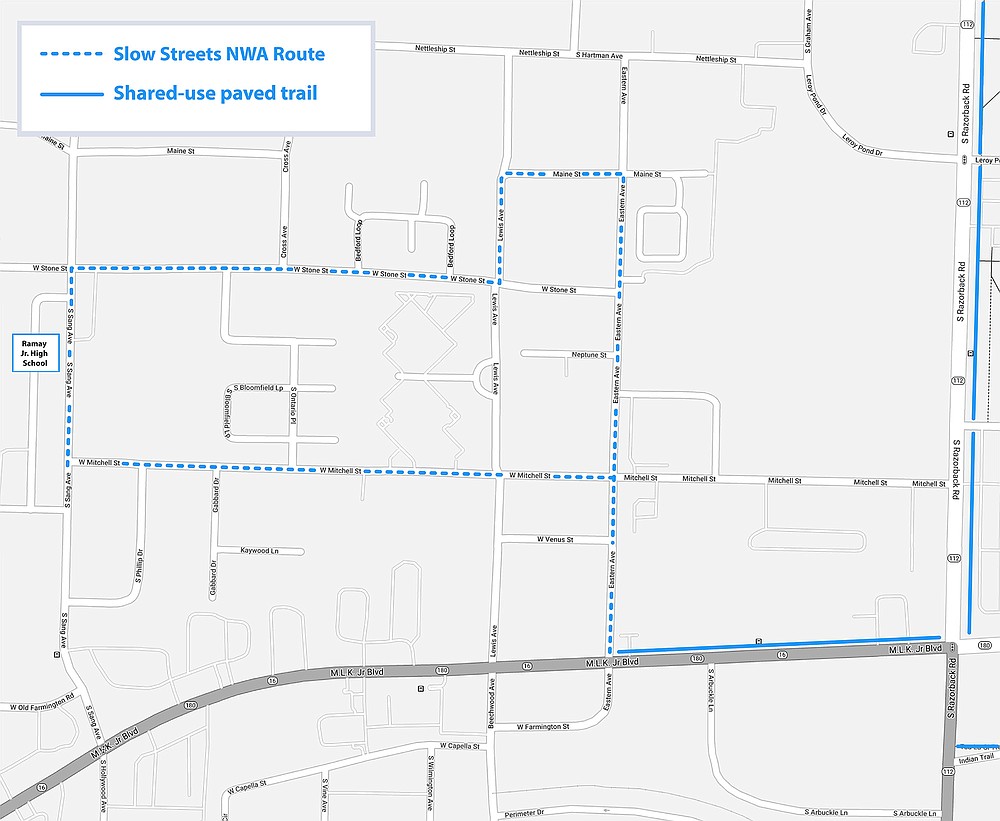 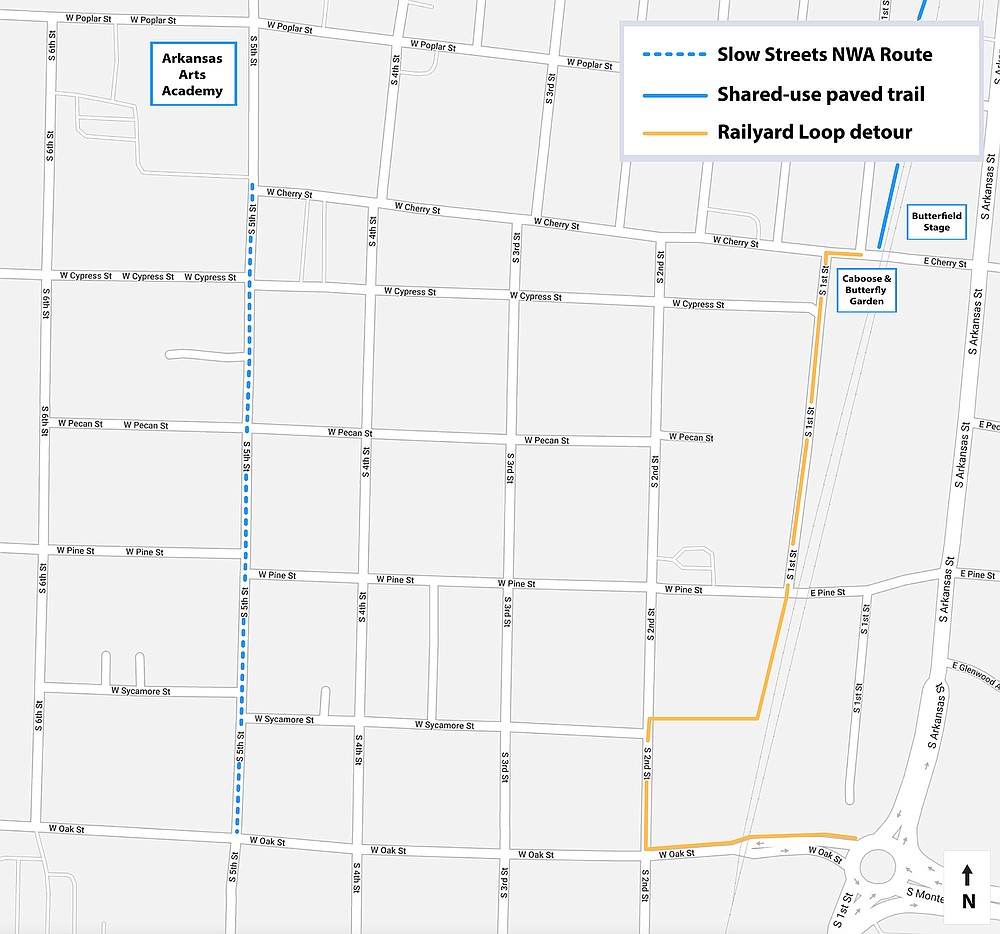