OPINION | PLATFORM DIVING: 'Without Remorse' filled me with remorse 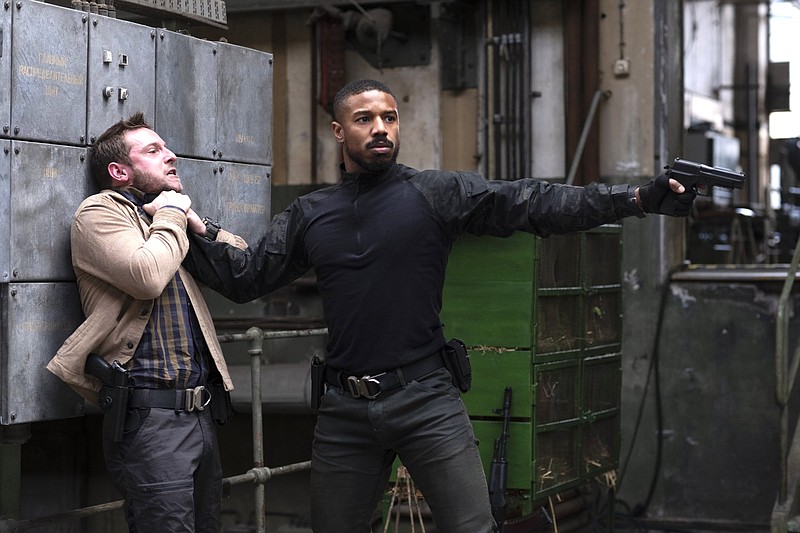 But when you're watching these international political thrillers, you've gotta keep your mind on. Typically you need to know what government higher ups are in play, who the agents/soldiers are working for and what objectives they're trying to complete. Done right, you can have a really intelligent story in a film that's crafted well. Paired with solid cinematography and sleek action, you've got a movie people will remember for years to come.

"Tom Clancy's Without Remorse" will not be one of those movies.

I haven't read a single Clancy novel. Not my preference. Spy novels are typically thick and rife with complex geopolitical issues that are difficult to chew through. I did manage to finish Robert Ludlum's "The Bourne Identity" and "The Bourne Supremacy," though.

And I did grow up with political thrillers adapted from Tom Clancy works in the '90s. Harrison Ford was kind of my '90s hero. If "Clear and Present Danger" or "Air Force One" or "The Fugitive" came on TNT, you better believe I'd sit down and watch it.

That closing conversation between Ford and Donald Moffat has been in my memory since before I could drive. "I'm sorry, Mr. President. I don't dance."

"Without Remorse" wants to be up there with films like "The Hunt for Red October" or "Enemy of the State," but it's not nearly smart enough.

Michael B. Jordan certainly has the chops to carry a spy movie in league with "The Bourne Ultimatum" or "Mission Impossible" (the later films), but the script he's given to work with ultimately weighs him down.

Jordan is terrific in movies like "Creed" and "Black Panther." But "Without Remorse" left me regretting my choice in movies to review this week.

Apparently the film was supposed to be made in 1995. Keanu Reeves was even offered the main role but turned it down. I guess you could say he ... dodged that bullet ... I'll see myself out.

The film opens in Syria with Jordan playing a character named John Kelly. The internet tells me Kelly is supposed to be Clancy's second most popular character after Jack Ryan (once played by Ford). I'll take the internet's word for this.

kelly is part of a team that goes in to rescue a hostage they think is being held by Syrian soldiers. But it turns out, they're actually Russians. Kelly's team kills them, saves the hostage and comes home to America. But it's there the Russians show up for revenge.

They start killing members of the unit until they get to Kelly. They're unable to kill him (because the Russians run out of bullets, stupidly enough), but they did manage to kill his wife and unborn daughter. They even left Kelly shot up. He vows revenge and yadda yadda yadda, you know how these movies typically go.

The opening action scenes in Syria are decent. There's a cool sequence where a Russian soldier fires a rocket into a hallway. And, for the most part, "Without Remorse" establishes Jordan as a tough guy.

It's once they get back to the States things get uneven. The scenes where the Russians kill members of Kelly's unit seem random at first. I didn't know who these guys getting killed were because the movie didn't really establish any characters in the unit except for Kelly.

And the way the movie jumps around in a few minutes is enough to make your head spin. The audience is in Washington then suddenly in Charlotte, N.C., and then off to Atlanta before bouncing back to Washington again. Someone stop the room please. I want off.

When the Russians get to Kelly's home, we get some point-of-view shots from what I'm assuming are night vision goggles, but they look like an Instagram filter on a dark room. Kelly kills most of the Russians with a handgun that, like in most action movies, seems to have unlimited ammunition.

This seems like a small nitpick, but Kelly gets shot three or four times. It's enough to prevent him from moving much, but he pulls himself across the floor, and there's no blood smear anywhere. It's like the bullets hit him, he got a few wounds, and then those wounds just stopped bleeding instantly.

It's also at this point Jordan seems done with the movie. Nothing of his performance, from getting shot to seeing his wife dead, is believable. And that's actually a problem with every single character in this film. The other actors in this film read their lines like they're ready to cash their check and go home.

When I watch Matt Damon in "The Bourne Supremacy," I see someone struggling with amnesia, trying to figure out why his girlfriend just got killed. When I see Julia Stiles terrified out of her mind that she's going to die, I believe her fear.

There's no humanity to this film, and it fails to keep me interested for the majority of its almost two-hour runtime. Plus it's peppered with stupid lines like, "Drink. That's an order," and "They're gonna play by my rules now. I'll show them what a pawn can do to a king."

Kelly has this weird fascination with chess despite never being shown playing the game. Over and over he talks about pawns and kings, but it's so random it just sounds cheesy. And that's the real flaw in "Without Remorse." The film wants you to think it's an intelligent movie about political espionage between America and Russia. But it does none of the work to actually be a smart film.

It's the equivalent of a stranger walking into the room and announcing, "I'm a genius" without proving anything. When Wile E. Coyote introduces himself to Bugs Bunny as a certified genius, at least it's printed on a business card.

There are exactly three good scenes in this movie. The first is where Kelly interrogates a Russian in a vehicle he set on fire (even though the smoke should have stopped that conversation short). The second is where Kelly takes on a prison riot squad (he felt more like his character from "Creed"). And the third is where Kelly's plane gets shot down into the Barents Sea.

That's it. Those are the only good scenes in the entire film. The rest is just muddied gunfire, chess analogies and forgettable government figures talking to each other.

"Without Remorse" can't even seem to decide where it wants to end, setting up Kelly for a big sacrifice and then continuing on for another 20 minutes or so. I kept asking my television screen, "Is this still going?"

None of the "twists" in this film are earned. When Kelly says, "It was a setup from the beginning," I rolled my eyes so hard I almost had to visit the emergency room. When practically nameless soldiers die, I mutter, "Oh no. Not ... that one. Say it ain't so."

I got a real kick out of this movie choosing to use conveniently-timed cable news networks to deliver exposition (an age-old cliche). But get this. The executives behind "Without Remorse" must not have wanted to pay to license CNN or Fox News, because in every cable news scene that plays there are no logos. The exposition is just delivered by a generic news network. And that's kind of how the whole film feels: generic.

Another nitpick, and I know I'm starting to sound like CinemaSins on YouTube, but it was a dumb enough development I jotted it down in my notes. A character dies at the end of "Without Remorse" by drowning in the Potomac River, but the guy drowns in less than 10 seconds. Nobody drowns that quickly.

By the time the credits rolled, I was just relieved it was over. Nothing in this movie felt authentic. It's full of stilted performances and geopolitical gibberish.

To add insult to injury, I read there's supposed to be a sequel called "Rainbow Six." I suppose all I can do now is pray to the cinema gods that it never manifests. I hope it remains in development hell like this movie should have.