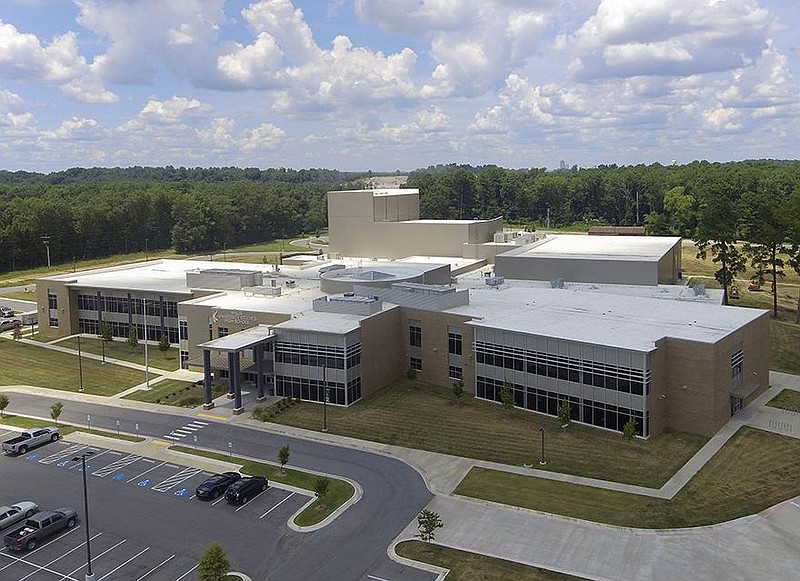 The Pulaski County Special School District has submitted to a federal judge its approximately $19 million proposal for "squaring up" the Mills University Studies High School campus.

The district is also asking for a final declaration of unitary status.

"[T]he Court has declared PCSSD unitary in all remaining areas, except for facilities," a team of  attorneys for the district wrote in concluding the description of the Mills plan, which includes a 2,200-seat arena and 10 new classrooms.

"By submitting the Proposal ...  PCSSD believes that full unitary status would be justified. Therefore, PCSSD respectfully believes it appropriate to enter a complete and final declaration of unitary status, which would include the finding that PCSSD is unitary in facilities."

Chief U.S. District Judge D. Price Marshall Jr. in May ruled that the Pulaski County Special district has met its desegregation obligations and is now able to operate without oversight from the court — with the exception of some facilities and possible legal-fees issues.

Marshall is the presiding judge in the 1982 federal school desegregation lawsuit in which the Pulaski County Special district is one of two remaining defendants.

The judge directed in his  May 6 order that the Pulaski County Special district propose to him  by Aug. 1 a plan “to comply … and square up” the construction differences between the Mills High and the “superior” Robinson Middle School buildings.  The two schools were built simultaneously and opened in 2018 — Mills  in a lower-income area of the district with a higher percentage of Black students, and Robinson Middle in the more affluent and higher percentage white area of the district.

The judge said building plans for Mills, were “squeezed” by the district’s simultaneous construction of Robinson. Classroom sizes were reduced to the state minimum at Mills, he said. Hallways shrunk in width and by 3 feet in height. Overall capacity was reduced from 750 students to 700.