Doctor gained fame as a healer 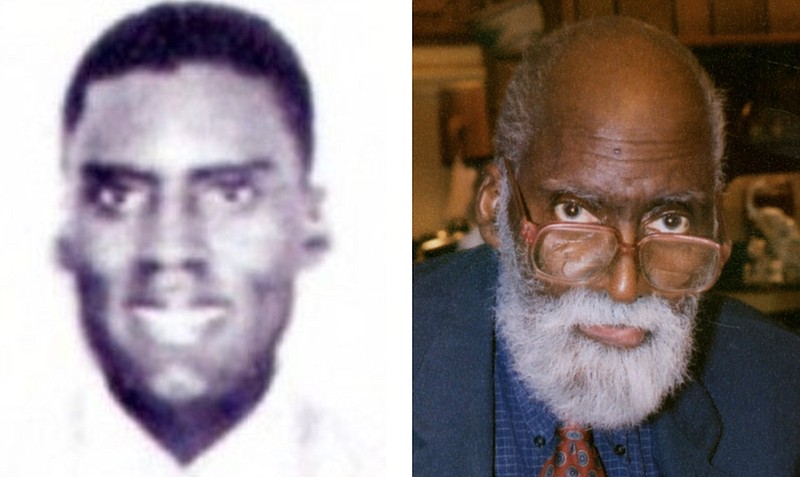 Cleon Aurelius Flowers was a healer, and a revered one at that. Born at Stamps, Ark., on July 26, 1913, Flowers and his siblings would go on to do great things. His older brother, W. Harold Flowers Sr., became a prominent civil rights activist and attorney in Arkansas. His younger brother, Curtis V. Flowers Sr., also became a prominent attorney and mortician at Houston, Texas.

After attending segregated schools at Stamps and completing his high school education at Philander Smith College at Little Rock, Cleon Flowers earned his undergraduate degree in biology from Arkansas AM&N College (now the University of Arkansas at Pine Bluff) in 1939. He went to medical school at Meharry Medical College at Nashville, Tenn., where he received his medical degree in 1943.

While Flowers was an intern at Meharry, he was drafted into the U.S. Army and served in the U.S. Army Air Corps as a major. In 1945, he returned to Pine Bluff to establish his medical practice at the Masonic Temple, a professional building for African Americans. In 1946, he bought the building occupied by the United Links Hospital, a medical facility for black people, which he continued to operate until 1950. Today it is the site of the Flowers Professional Building.

Because African Americans in Pine Bluff and Jefferson County had limited access to hospital facilities due to institutional racism and segregation, Dr. Flowers performed most of his medical procedures in his five-room office and in the homes of his patients. This changed in the 1950s, when he and Dr. Clyde A. Lawlah became the first black physicians on staff at Davis Hospital, which later became Jefferson Regional Medical Center.

Flowers was known for his patient-centered medical practice. He never denied quality health care to the indigent and uninsured. Although he accepted insurance plans and cash for his services, he also accepted unorthodox forms of payment.

In a Sept. 5, 1999, interview with the Pine Bluff Commercial, he said, "I even got paid with pigs, chickens, home-grown vegetables, and wild game."

His willingness to meet the need of the underserved earned him the moniker the "Godfather of Arkansas Medicine." He often kept his office open until 3 a.m. to see patients unable to come during regular business hours.

Flowers took on challenging cases. He successfully delivered babies who were in the transverse lie position (horizontal in the uterus) during home births when most of his colleagues would typically perform Caesarean sections. He received national media coverage in 1954 after he successfully delivered a viable set of conjoined twins born at home.

As a trusted community leader, Flowers donated his time and talent to dozens of organizations, most notably, the University of Arkansas at Pine Bluff Board of Trustees, the National Association for the Advancement of Colored People (NAACP), the 20th Century Club, and the Prince Hall Free and Accepted Masons.

For Flowers, his advancing age was no reason to stop practicing.

"Most doctors retire after 20 or 30 years, after they think they've gotten rich," he told the Pine Bluff Commercial in 1999. "I've seen fellows quit and then they go home and shut down. They just wasted away. I'm going to keep chugging along."

Flowers did just that. He worked well into his 80s. On July 26, 2002, his birthday, Flowers died at his home at Pine Bluff. At the time, he was reported to be the oldest practicing physician in the state of Arkansas.

In 2014, the Arkansas Civil Rights Heritage Trail honored Flowers and nine other individuals for their efforts toward equality in healthcare.

This article is among features at ExplorePineBluff.com, a program of the Pine Bluff Advertising and Promotion Commission. Sources: Encyclopedia of Arkansas, Arkansas Civil Rights Heritage, GovInfo. Image Credit: Butler Center.