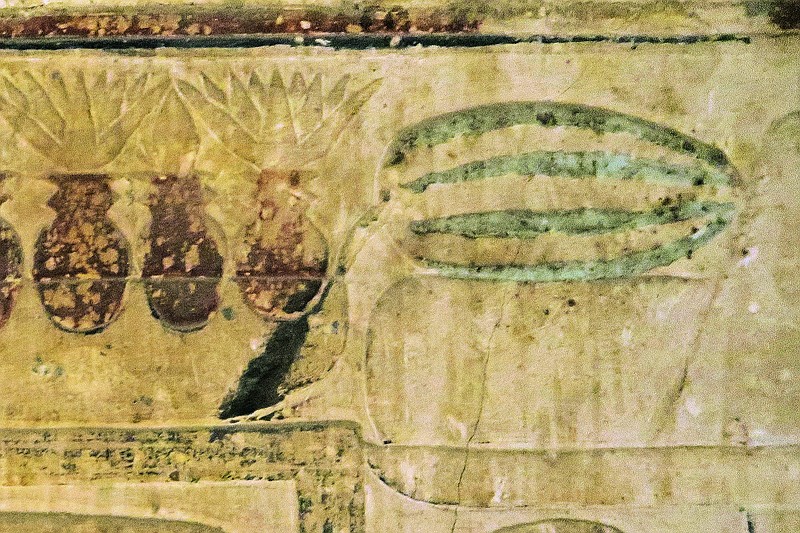 About 4,300 years ago, someone drew a melon on the wall of a tomb in Egypt. It's big, fat, green and generously striped: Everything you'd expect a watermelon to be.

It's drawn next to grapes and other fruits, suggesting it was eaten as we eat watermelon — raw and for its sweet taste. This detail of a painting in the tomb of Khnumhotep in Saqqara was a puzzle.

While scientists believed that watermelon's wild ancestors came from the African continent, no one knew of a wild watermelon anywhere near the Nile Valley. Where did this melon come from?

One theory held that the West African egusi melon, grown for its seeds, might be a descendant of watermelon's most recent wild ancestor, suggesting watermelon's origins were on that side of the continent.

But a paper published in Proceedings of the National Academies of Sciences finds that the small, round Kordofan melon, native to the Kordofan region of Sudan, is much more closely genetically related to our modern watermelon.

The find suggests that watermelon is East African.

Because Kordofan is not far from Egypt, it may also suggest an origin for the mysterious ovoid green fruit painted on that tomb wall.

The discovery required digging into forgotten corners of African botany, said Guillaume Chomicki, a botanist at the University of Sheffield in England and an author of the new paper.

The Kordofan melon, which is about 6 inches wide, white on the inside and a pale, gently striated green on the outside, has long been grown by farmers in what is now Sudan.

In the late 1800s, a German botanist wrote that it might be a progenitor of the modern watermelon. Later, Soviet scientists wondered the same thing.

Most members of the watermelon's genus, Citrullus, have bitter flesh.

But the Kordofan melon is sweet. That suggested it or one of its ancestors could be the source of the modern watermelon.

To see where it fell in the watermelon family tree, the researchers behind the current paper sequenced the genomes of seven Citrullus species.

They found that the Kordofan melon had much more overlap with the modern variety than with the West African egusi or any other melons, suggesting that they are more closely related.

"We are really confident in saying this is the closest relative," Chomicki said. 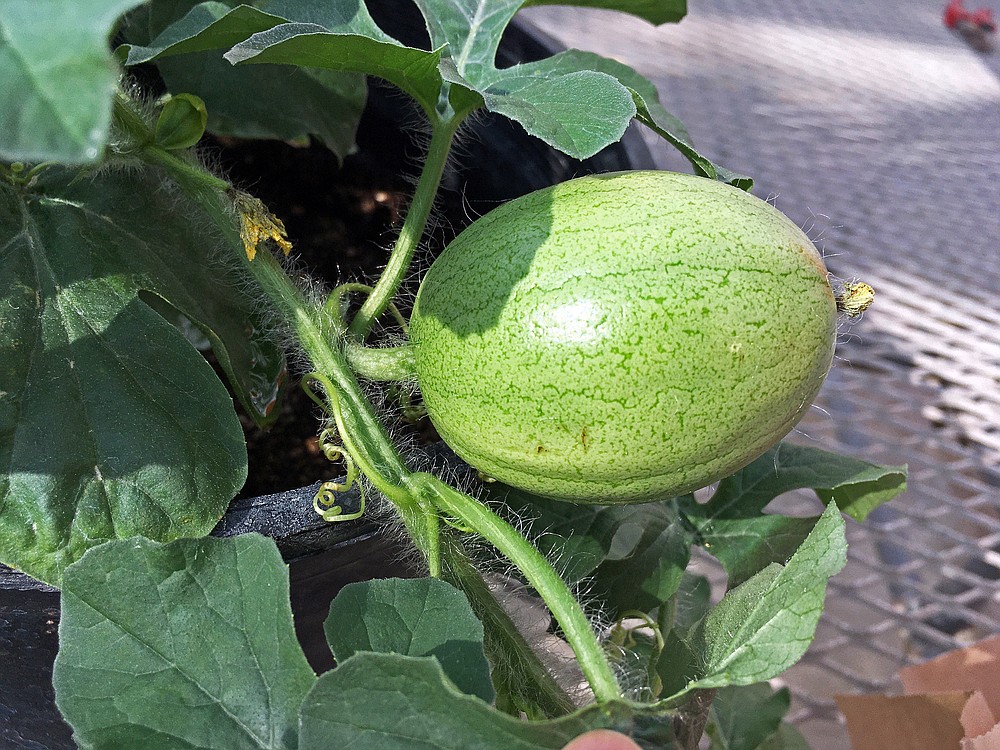 An undated photo provided by Snah Wu shows a Kordofan melon, native to the Kordofan region of Sudan. (Shan Wu via The New York Times)