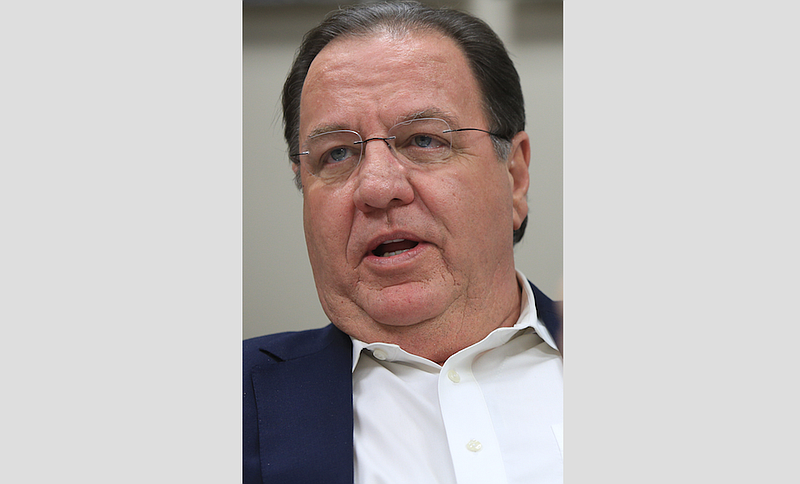 Businessman Steve Landers Sr. in an interview Monday said he is considering a run for mayor of Little Rock in 2022.

Landers, who confirmed he had a poll in the field to gauge voters' opinions, said he has been thinking about running for a while and referenced his 50 years of experience in the car business.

"I employed probably more people [than] anybody in Little Rock, you know, with all the car dealerships at one time," Landers said when reached by phone.

He suggested he will announce his decision on the race by the end of the month.

Landers, 67, has retired from the daily operations of the automotive dealerships that bear his name, though he said he still owns some stores.

He said he lost the desire to be in the car business when his son died last year. Scott Landers was 35 when he died of a heart attack while duck hunting in January 2020, the company said at the time.

Landers is the first candidate to publicly weigh a challenge to Little Rock Mayor Frank Scott Jr. in next year's election.

Landers currently serves on the state Racing Commission. He has never run -- nor thought about running -- for public office before now, he said.

He confirmed his exploratory committee was behind recent local telephone polling that was first reported by the Arkansas Times over the weekend. According to the Arkansas Times, questions related to Landers, Scott and the Little Rock mayor's race were posed to respondents.

Landers said the polling effort was meant to see "if my thought pattern aligns with the public," adding that if the two are aligned, "I'm going to run."

With regard to Scott, Landers said, "He's a good kid, good guy ... But I just think, running businesses, I've probably got a little more experience, you know? And the city's a big business."

Little Rock residents are already set to go to the polls on Sept. 14 in a citywide referendum on whether to authorize a 1 percentage-point sales-tax increase Scott has championed.

The city's effective overall sales-tax rate, when accounting for state and county taxes, will increase to 9.625% starting in January if voters give approval.

The mayor has dubbed the package "Rebuild the Rock." An estimated $530 million in new revenue over the 10-year lifetime of the tax would fund infrastructure, public safety, early-childhood education, parks, the Little Rock Zoo and more, according to the plan.

When asked his stance on the tax initiative, Landers said, "I'm for keeping taxes as low as possible."

He declined to provide further details prior to the end of the month, but suggested he was no fan of extra taxes in general.

"There's other ways to find that money, and that's what I've done for a long time in the auto business," he said.