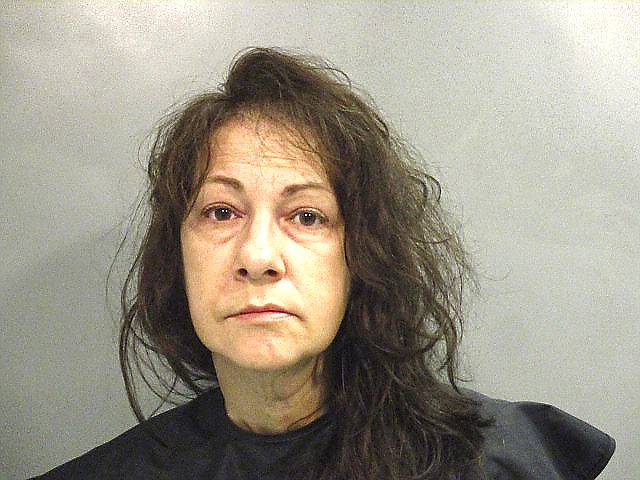 FAYETTEVILLE -- A Lincoln woman was arrested Monday after police say she kept her mother's corpse in her home for several months so she could spend her mother's Social Security benefits.

Geanee Pike, 54, of 11940 Nicewarner Road was arrested in connection with abuse of a corpse and financial identity fraud. Pike was being held Tuesday in the Washington County Detention Center with no bond set.

According to a preliminary report from the Washington County Sheriff's Office, Gloria Pike, 72, was reported missing July 21 by her brother, George Maness. Maness lives on the same property as Gloria Pike, in a house next door to hers. Maness told deputies he hadn't seen his sister since August 2020. He said she had stage 4 breast cancer and had been living with her daughter, Geanee Pike.

Deputies made several attempts to find Gloria Pike at the home in Lincoln but were unsuccessful, according to the report.

On July 21, Sgt. Autumn Holland, an investigator with the Sheriff's Office, spoke with Geanee Pike who said her mother wasn't missing, but was with "an unknown friend at an unknown location," according to the report. Holland asked for consent to look in the house and Pike refused. Pike also told Holland she didn't have access to her mother's bank account or check card.

A search warrant for the Nicewarner Road residence was obtained and during a search of the house officers noted there was no running water and human feces and urine was being collected in buckets and jugs throughout the house. A woman's body was found on a bed in the living room/kitchen area, right next to Geanee Pike's bedroom.

The mummified body was wrapped in newspaper from 2020 and bedding was wrapped over the newspaper. The body is being sent to the Arkansas State Crime lab for positive identification and to determine the cause and manner of death.

Geanee Pike was at home when the home was searched, according to the report. She agreed to speak with Holland and said her mother died last year of natural causes but she didn't report it and just covered her with a blanket. Geanee Pike said her mother owed her money she had promised to pay from her monthly Social Security disability checks. She said she continued to use her mother's bank account after her death.