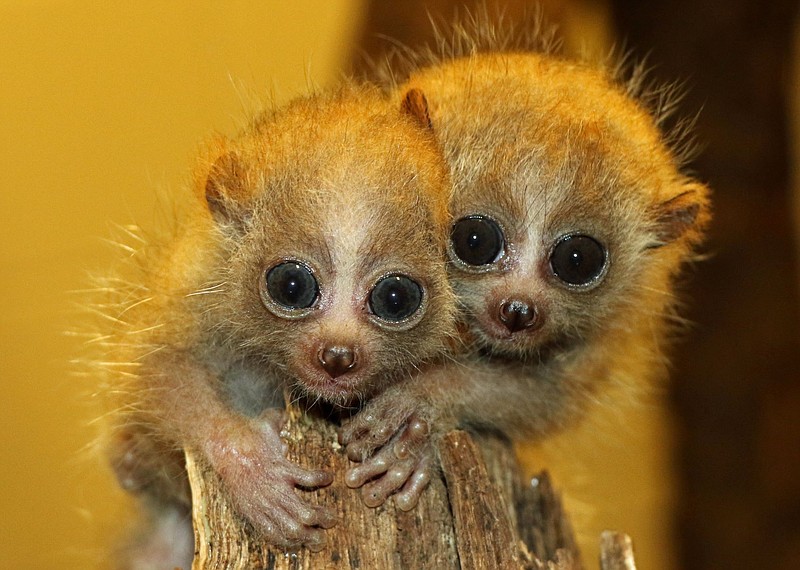 A twin boy and girl pygmy slow lorises born in June at the Little Rock Zoo. This is a significant birth in the conservation of this species found in south east Asian countries. (Courtesy of Karen Caster)

A set of twin pygmy slow lorises, considered an endangered species, were born in June at the Little Rock Zoo, the zoo announced on Tuesday.

A boy and girl were born to dad, Frasier and mom, Minh Yih and are the second set of twins for the parents, according to a news release from the zoo.

The birth comes at a recommendation of the Species Survival Plan Program, developed by the Association of Zoos and Aquariums, which helps to ensure the survival of threatened or endangered species in the wild.

According to the release, pygmy slow lorises are listed as an endangered species on the International Union for the Conservation of Nature’s red list, which means they are very likely to become extinct in the near future.

The zoo is asking for the public’s help in naming the twins from three sets of names.

Choices are as follows: Nova for the girl and Sol for the boy, which celebrate elements of space and sky as lorises are nocturnal, the release explained.

Voting is open at www.surveymonkey.com/r/J6YXBN5 and open until Friday, Aug. 13.