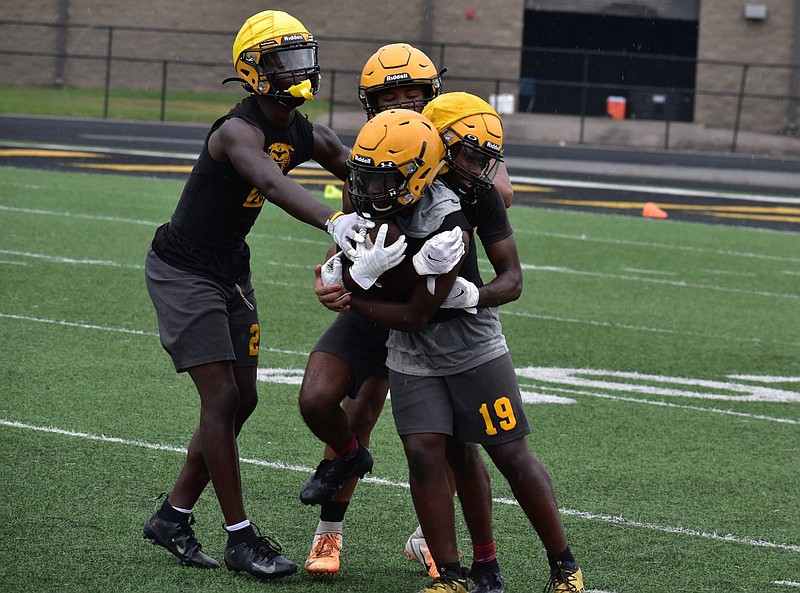 While clouds gathered and rain danced at Watson Chapel High School's Wildcat Stadium on Monday morning, eighth-year Coach Jared Dutton cautioned his football team that the heat will be back.

"Last Wednesday, Thursday, Friday and Saturday, it was 100 degrees and close to it," Dutton said after the Wildcats' first day of regular practice. "It's definitely a blessing on the first day. The guys were lucky today. But you know, at the same time, it's going to get hot, and of course we need to feel the heat. So it's kind of one of those things where it's nice to get in Day 1 and not be hot, but we need to feel it. I'm sure it's coming."

Dutton's assumption is right, at least in the forecast. The mercury will approach the high 90s over the weekend, with a high near 97 on Sunday and next Monday, the National Weather Service predicts.

"It's nothing that can get you ready for the heat except the heat," Dutton said.

Watson Chapel went 5-6 overall and 3-4 in the 5A-Central Conference in 2020, falling to Vilonia in the first round of the playoffs. A lack of depth in recent years has led to some players seeing more time on the field on both sides of the ball.

"We feel like we can put out a pretty good 11 on both sides of the ball that can get after it, but it's after those 11," Dutton said. "We've got to find more depth, and of course we've got to stay injury-free. When you're banking on staying injury-free in football, you know, it's hard. So we've got to find as much depth as possible."

Third-year starter Corlis Evans is doing his part, working out at every position on the offensive line.

"It's good to be able to help out the coaches and be able to play every position when they need someone," Evans said. "It gives us a better look, especially having multiple people play the same position like I do."

Dutton estimated that between 35 and 40 players made it to Monday's practice, but he expects more to report in the coming days.

Watson Chapel will scrimmage at Star City in a benefit game Aug. 17 and kick off the season Aug. 27 at Pine Bluff High School.

Dutton said he feels "solid" about how his front seven on defense and front line on offense will look, but he reiterated that depth is a major question mark for the team.

Among the seniors up front is 6-foot-5, 280-pound two-way lineman Lamar Jefferson, whom Dutton said has been clocked in the 40-yard dash at 4.8 seconds.

"He can really move for his size, and he's really got to want it," Dutton said. "When he figures that out, it's going to be there for him."

Senior Earnest Harris, at 6-foot-4 and 330 pounds, has quickness as well, according to Dutton.

"He's really worked on losing weight so he can try to be in shape and play both ways," Dutton said. "Whenever you're 350 or 360, it's hard to play both ways, but he kind of gets on down there a little bit. He can definitely help us on both sides of the ball." 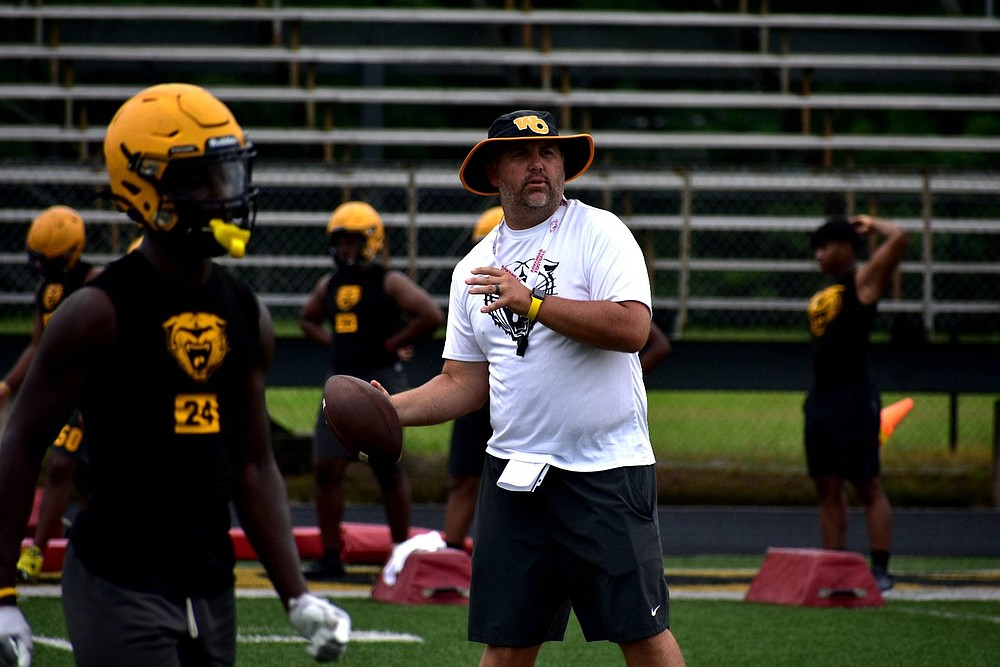