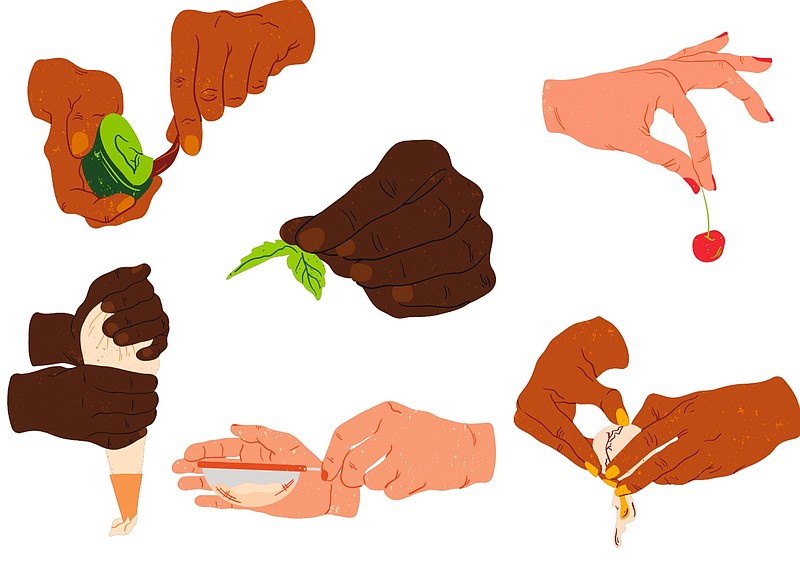 The dessert, according to the John F. Kennedy Presidential Library and Museum, was served at Kennedy's Inauguration Day luncheon. To see the signed copy of the luncheon menu, visit arkansasonline.com/84alley

What exactly is patisserie bateau blanche? Clark describes it as a white fruitcake.

Those who studied French in high school may notice the name literally translates as white boat pastry. I can't help but notice bateau is just one letter off from gateau, which is the French word for cake. However, Clark writes the dessert was served in the shape of a boat so bateau may not be a misprint.

"Some of the ingredients are crystalized ginger, red and green candied pineapple, light raisins, dried apricots and every kind of nut you can think of, except peanuts. Jackie Kennedy was supposed to have brought the recipe over here from France or received it from someone in France; not sure. It was in the January issue of The Washington Post either in 1961 or 1962 and could have been published in some other magazine around that time," Clark writes.

I spent several hours searching various historical newspaper archives without any luck, perhaps an Alley Kat has the recipe.

A longtime reader shares this sheet-pan recipe he got from The New York Times.

He adds sliced onions and potatoes to complete the meal.

Heat oven to 400 degrees. Pull 1 tablespoon of thyme leaves from the bunch and finely chop.

Season fish all over with salt, pepper and thyme leaves. Let rest at room temperature while you prepare the peppers.

Spread peppers on a rimmed sheet pan and toss with 1 ½ tablespoons olive oil, ½ teaspoon salt and ground black pepper to taste. Top with remaining thyme sprigs. Roast, tossing occasionally, until peppers are softened and golden at the edges, 15 to 20 minutes.

Increase oven temperature to 500 degrees. Push the peppers to the edges of the pan, clearing a space in the center. Lay fish in the cleared space and drizzle with olive oil. Scatter the olives over the fish and peppers. Roast until the fish is opaque and cooked through, 6 to 10 minutes.

Meanwhile, make a vinaigrette by whisking the sherry vinegar, garlic and a pinch of salt in a bowl. Whisk in the remaining 3 tablespoons olive oil and then the parsley. Taste and add more salt and vinegar if needed.

This recipe is for Martha Hartwick. It is from a story I wrote a few years ago on preserving homegrown peppers.

Cut several rounds of parchment paper to fit the jar you'll be using to ferment the mash.

Combine the peppers, garlic, sugar and salt in bowl of a food processor and pulse until peppers are finely chopped, stopping to scrape sides of bowl as necessary.

Transfer mixture to a clean 1-quart or larger jar, press a round of parchment paper to the surface of the pepper mixture, cover the jar with cheesecloth and let sit at room temperature, stirring once a day for 3 to 5 days or until little bubbles start to form in the bottom of the jar. Replace the parchment rounds as needed.

Once bubbles appear, ferment 2 to 3 days more, stirring once or twice a day. The mash may separate with a clear-ish liquid on the bottom and the pepper solids at the top -- this is normal. Just give it a good stir and let it continue fermenting.

If you notice small dots of mold forming on the surface of the mash, simply scoop them out along with the surrounding mash and continue. If the brine turns cloudy, don't worry. This is absolutely normal as is whitish sediment in the bottom of the jar. However, if the mixture takes on a rotten or putrid odor, discard the batch and start over. Something went wrong.

Transfer mixture to jar of a blender, add the vinegar, and puree until completely smooth. Transfer to a mesh strainer set atop a medium saucepan. Strain mixture into saucepan, using a rubber spatula to push through as much pulp as possible. Discard the solids.

Bring mixture to a boil, reduce heat and simmer until sauce thickens and clings to a spoon, 5 or 10 minutes. Cool. Transfer to an airtight container and store in refrigerator for up to 6 months.

Note: We used a combination of Tabasco and red bell peppers.