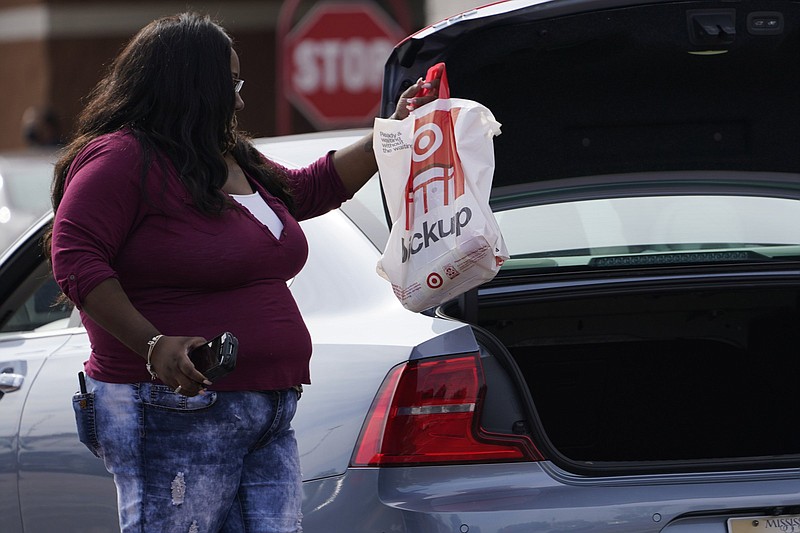 A Target employee places a curbside pickup purchase in a trunk in Jackson, Miss., last year. Target Corp. said that it doesn’t want cost to be a barrier to higher education for its employees. Video at arkansasonline.com/85target/ (AP)

The Minneapolis retailer said Wednesday that it plans to spend $200 million over the next four years to offer its workers free undergraduate and associate degree programs as well as certificates in business-oriented majors at select institutions such as University of Arizona and University of Denver. Textbooks also will be free.

Like a slew of other big corporate names like Walmart, Taco Bell and the Walt Disney Co., Target is teaming up with Guild Education, a Denver startup that negotiates deals between companies and colleges for the program. Target says it's offering one of the most comprehensive programs.

Target's program will be available this fall for more than 340,000 U.S. part-time and full-time students. Workers, including those on the first day on the job, can attend classes at more than 40 schools, colleges and universities. They can choose from 250 business programs like computer science, operations and business management.

[Video not showing up above? Click here to watch » https://www.youtube.com/watch?v=RrAo6cwENCI]

For those interested in pursuing educational opportunities outside of the select programs within Guild, Target says it will provide direct payments to their academic institutions of up to $5,250 for non-master's degrees and up to $10,000 for master's degrees each year.

"A significant number of our hourly team members build their careers at Target, and we know many would like to pursue additional education opportunities," said Melissa Kremer, chief human resources officer at Target in a statement. "We don't want the cost to be a barrier for anyone."

Target's move follows an announcement last month by Walmart that it will cover the full cost of tuition and books for its 1.5 million part-time and full-time Walmart and Sam's Club workers in the U.S. through its Live Better U program. The nation's largest retailer and private employer previously charged employees $1 a day to participate. It said it will invest nearly $1 billion over the next five years in career-driven training and development.

Walmart said last month that those who participate in the education program, which began in 2018, are twice as likely to get promoted and are retained at a significant higher rate than other workers.

Separately, Target is once again paying front-line employees a $200 bonus to thank them for their work over the past few months.

On July 29, Target announced the bonus will be awarded to full- and part-time team employees in Target stores and distribution centers as well as headquarters staff members who support its customer and employee contact centers. The bonuses will be paid out this month.

This bonus, an investment of $75 million by Target, will be the sixth paid to employees during the pandemic.

"Our team members continue to deliver each and every day for our guests and one another," Kremer's statement said. "Our culture, strategy and success would not be possible without our incredible team at the center of it all."

Independent contractors working for Target-owned grocery delivery company Shipt are not included in the bonus program.

Information for this article was contributed by Anne D'Innocenzio of The Associated Press and by Nicole Norfleet of the Minneapolis Star Tribune (TNS).