Jones looks for consistency in 1st year with Red Wolves 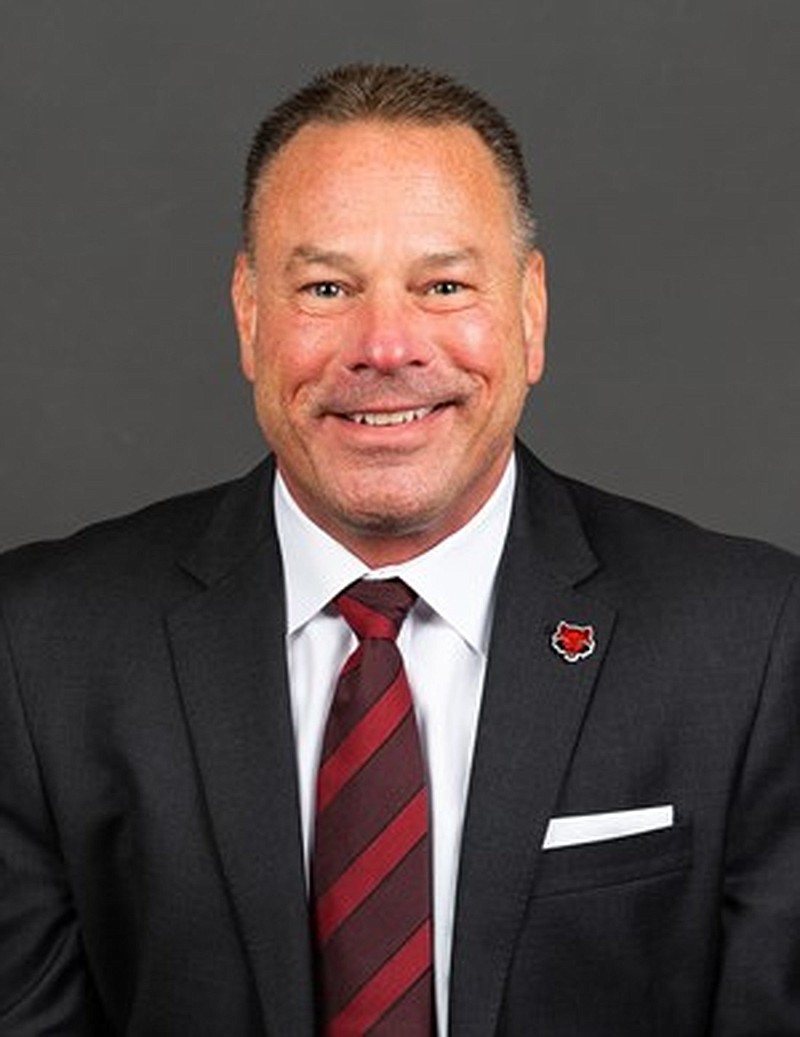 It's hard to know what to expect from an Arkansas State team with a new head coach, a new defensive coordinator and more than 50 players who have yet to make their Red Wolves' debut.

But the picture should start to become a bit clearer over the next month as ASU's first fall camp under Butch Jones begins this afternoon.

The Red Wolves, along with Central Arkansas and Arkansas-Pine Bluff, will have their first official preseason practices today as there are fewer than 30 days until all three kick off their 2021 seasons. ASU will host the Bears in its season opener, and despite losing five straight games before a victory in the 2020 season finale, the Red Wolves discovered stability on the offensive side of the ball down the stretch -- something they should be able to carry over to this fall.

"Our players have worked exceptionally hard since the conclusion of spring football," Jones said in a news release Thursday. "Everyone in our organization is looking forward to the start of camp and continuing the process of improving each and every day.

"We must display consistency every practice to make those improvements as we continue our preparations for the season."

Redshirt sophomore quarterback Layne Hatcher will likely be a steadying presence a year after splitting snaps with Logan Bonner. Although Jones has not given any indication how things are trending in ASU's quarterback competition -- former three-star quarterback James Blackman transferred in from Florida State in the offseason along with New Jersey native Allan Walters -- Hatcher was undoubtedly the better of the Red Wolves' two passers a year ago.

The four-time Arkansas high school state champion at Pulaski Academy needed fewer than 200 attempts to surpass 2,000 yards and tossed 19 touchdowns while surrendering only a pair of interceptions. That followed up a redshirt freshman season in which he averaged just less than 300 yards per game passing.

And while whoever winds up under center won't have the luxury of wideout Jonathan Adams, who led the Sun Belt Conference in receiving in 2020, they'll be protected by an offensive line that returns all five players who started the final four games of 2020.

Most of the questions for Jones in August will come on defense. ASU finished last in the conference in yards allowed per game and opponents averaged better than 37 points per game a year ago.

There are several newcomers on the defensive front, most notably redshirt junior Kivon Bennett. The son of three-time NFL All-Pro Cornelius Bennett transferred in following his dismissal from Tennessee last fall -- he was arrested on drug and gun charges while still with the Volunteers.

It'll be up to defensive coordinator Rob Harley to figure out how to deploy those pieces. Harley was Pittsburgh's linebackers coach the last six seasons under Pat Narduzzi, and the Panthers were a top-20 defense in yards allowed per game in both 2019 and 2020.

The Red Wolves have 15 practice sessions scheduled before the start of classes Aug. 24. They'll scrimmage twice during fall camp with the first coming Aug. 14.

Coach Nathan Brown knows what winning in the postseason means.

He quarterbacked the University of Central Arkansas to a pair of Division II playoff wins in 2005 as a freshman, then was an assistant when the Bears made the FCS playoffs for the first time -- only to lose in the second round.

The same happened after the Bears earned a first-round bye in 2018, Brown's second season as head coach, and then again in 2019.

As much as the goal of winning a national title remains the same as it is every year, taking that next step of making the FCS quarterfinals is something Brown knows is more than attainable with this group.

"We've never been beaten in the first round, so we're doing a good job with that," Brown said. "We've got a team poised and talented enough to [reach the quarterfinals], so we've got to figure out what buttons to push late in the year to get us over that hump and that's what I think will create a successful season."

To be in that position, UCA will need to lean on its experience. Quarterback Breylin Smith is going into his sixth season with the program and he'll have his top two targets back from last season -- junior Lujuan Winningham and ASUN Preseason Offensive Player of the Year Tyler Hudson.

The defensive front is also mostly settled, but the Bears will have to fill the massive void left by cornerback Robert Rochell, who was taken by the Los Angeles Rams in the fourth round of the NFL Draft.

"A lot of these guys have been to the playoffs twice and they've been beaten in the second round twice," Brown said. "They know the sting of that feeling. ... I know we've got the talent to [get past that point] but now we've got to get the players that have been there to be committed enough to do whatever it takes."

Maintain and build won't necessarily be the battle cry for the University of Arkansas at Pine Bluff during the 2021 season, but it's exactly what Coach Doc Gamble wants out of his team when they open fall camp today.

The Golden Lions will be one of the most experienced teams in the Southwestern Athletic Conference this year with 17 starters returning, including nine on defense. That feature not only bodes well for a UAPB group that won the SWAC Western Division title and reached the league championship game nearly four months ago, but it also can help with ingratiating the newcomers that'll touch Simmons Bank Field for the first time this morning.

"Right now, and I hate to use an old coaching cliche, but it's retention for us," Gamble said. "Our older guys have gotten a ton of reps so we feel good about them. We just don't want to see any regression. But we're eager to see our new guys, see how well they gel with a team that's won and had some success.

"Are those new ones going to come in, push and say, 'Hey, I'm trying to be the guy,' or are they going to go out and say, 'Hey, I know you've been the guy, and I'm just cool with playing my roll and being a backup?' We're looking forward to that kind of great competition."

The SWAC has gotten stronger over the years, and with former Mid-Eastern Athletic Conference powers Bethune-Cookman and Florida A&M joining the league earlier this summer, UAPB will have its work cut out for them.

"The kids know things will be determined on the field," said Gamble, whose team was picked to finish fifth in the West in the preseason coaches' poll. "Even before the spring, we knew what we had here in house. And entering the fall, we still know what we have. We know what our expectations are. As long as we know, that's all that matters to us.

"And we're looking forward to molding this team into a championship one as well."