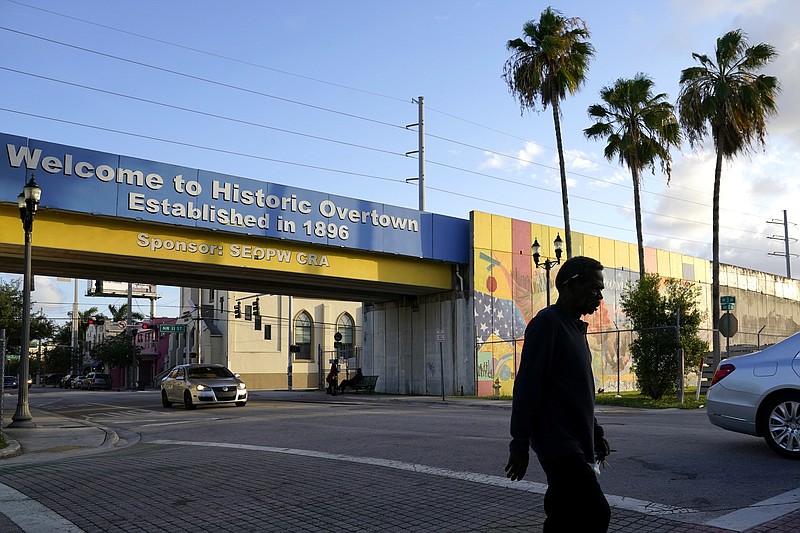 A man walks down a street May 16 in the Overtown neighborhood in Miami. The city was one of numerous Black cities across the country where interstate highways were built, disrupting communities. The Signature Bridge project coincides with the revitalization of the neighborhood that is currently underway. (AP Photo/Lynne Sladky)

Dr. Nelson Adams III remembers when his grandparents' home in Miami's historic Black neighborhood of Overtown was razed to make way for a highway in the 1960s, forcing thousands to move from the area — known then as the "Harlem of the South" for its vibrant music and theater scene.

Miami was one of numerous Black cities across the country where interstate highways were built, disrupting communities. Adams is hopeful the new Signature Bridge now being built over the area, along with a planned park underneath called the Underdeck, will help to transform and reconnect the neighborhood.

The $818 million Florida Department of Transportation project with higher, thinner columns will replace the original bridge crossing Overtown, opening up dark, underutilized space to a park and a Heritage Trail, and connecting the neighborhood to Biscayne Bay.

Referring to the original bridge as a disaster that destroyed a thriving community, Adams — chairman emeritus of the St. John Community Development Corporation — said: "Righting a wrong is something that is aspirational, but we can try to do right today."

The Signature Bridge project coincides with a revitalization of the neighborhood that is underway. Community leaders are working to ensure that Overtown's Black history and culture are preserved in the process. The Southeast Overtown/Park West Community Redevelopment Association is active in spearheading the development, and at the same time working to preserve low-cost housing and increase Black home ownership.

Derek Fleming, managing partner of the new Red Rooster Overtown restaurant with celebrity chef Marcus Samuelsson, sees the history of Overtown as "one of the most forgotten and one of the most important histories of Miami."

The Red Rooster was once the Clyde Killens Pool Hall, frequented by musicians such as Count Basie, Sam Cooke and Aretha Franklin. Fleming's hope is to unify the neighborhood. "There needs to be a replenishment of the existing culture, not a replacement," he said.

The husband-and-wife team of Akino and Jamila West renovated the once boarded-up, 1940s-era Demetree Hotel in Overtown to create the Copper Door Bed & Breakfast, along with Rosie's restaurant. The couple is proud to be part of the neighborhood's revitalization, Jamila West said, adding that it's important to pay homage to the history, but to "also ensure that the current residents, or past residents even, have the same opportunity." 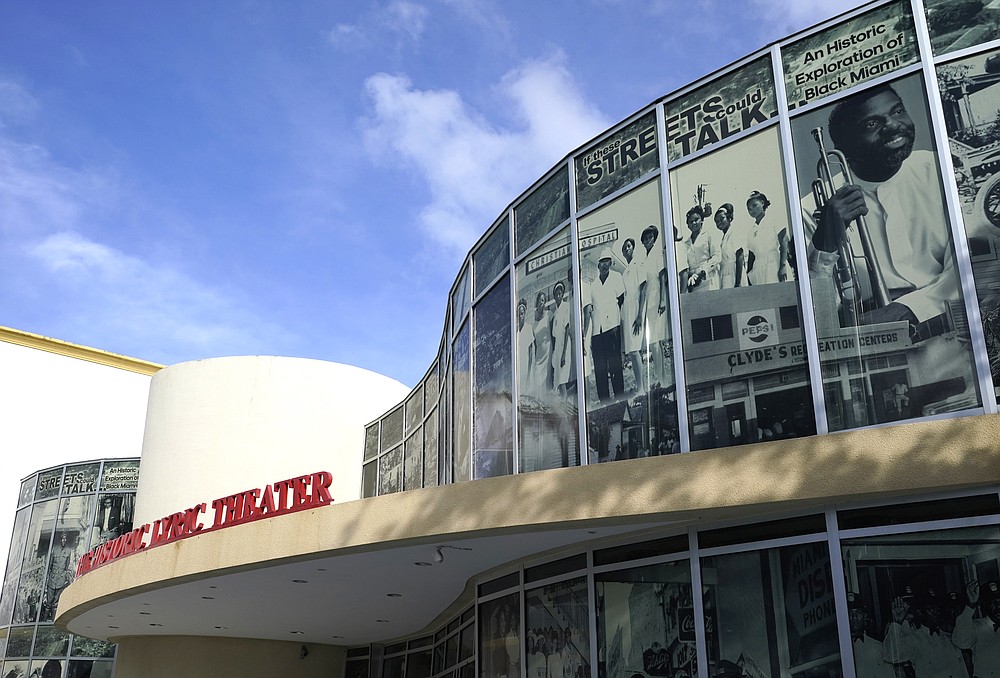 Historical photographs of the Overtown neighborhood are displayed June 2 on the outside of the historic Lyric Theater in Miami. (AP Photo/Lynne Sladky)

Situated just west of downtown Miami, Overtown was settled in the late 1890s when Henry Flagler was recruiting workers for his Florida East Coast Railroad. Because of segregation, mostly Black workers from the South and Caribbean settled on the other side of the tracks from downtown Miami, in an area then known as "Colored Town."

The gallery has had success getting Black people to come back to Overtown as a cultural destination, Norwood said. "They come to a place that is holy for them."