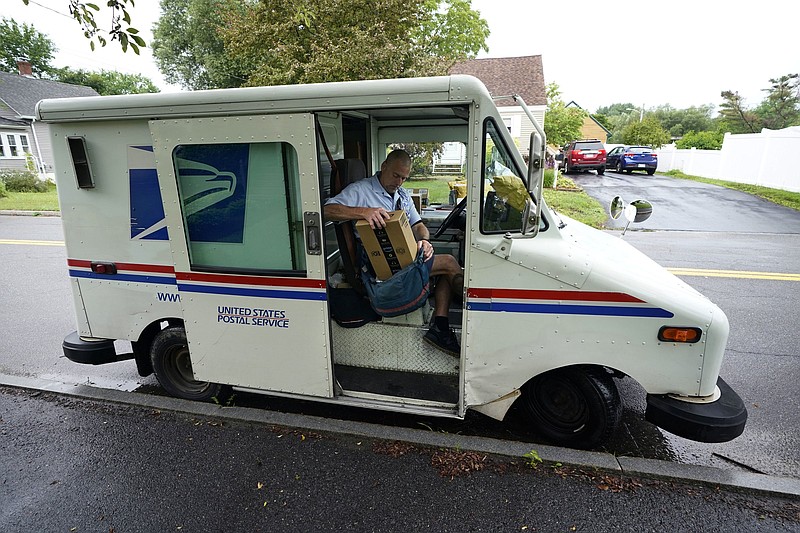 U.S. Postal Service carrier John Graham packs his mail bag after parking a 28-year-old delivery truck in Portland, Maine. The primary fleet of postal vehicles delivered starting in 1987 is set to be replaced under a new contract, but the winning bid is being challenged. (AP/Robert F. Bukaty)

PORTLAND, Maine -- Postal workers thrilled at the prospect of making deliveries in modern, comfortable and environmentally friendly vehicles are soldiering on in their aging, spartan trucks.

The primary fleet of vehicles -- dating to 1987 -- was due to be replaced under a new contract but the winning bid for the new trucks is being challenged. That means the delivery of new trucks set for 2023 could be delayed.

"The longer this drags on, the more lives are at risk," said John Graham, a postal carrier who operates one of the old vehicles in Portland, Maine.

Most workers don't care which model they get. They just want something that's safe.

More than 150 of the current vehicles have caught fire. They lack adequate heating and cooling, they deliver poor fuel economy and they're becoming difficult to maintain.

The Grumman Long Life Vehicle delivered on its name. The trucks went into service from 1987 to 1994 with a promise of a 24-year service life. The oldest of them have survived about 34 years of grueling use on the daily mail routes from snowy Maine to sunny California.

Most postal carriers will tell you they weren't so great even in their prime.

They're built on a General Motors chassis with a body provided by Grumman and they're powered by a four-cylinder engine that was supposed to deliver fuel economy -- but in reality provides about 9 miles per gallon on stop-and-go routes. Missing are modern safety features such as airbags and anti-lock brakes.

A glaring fault in Maine's cold winters is inadequate heating.

Even worse is the lack of air conditioning that allows temperatures to soar to dangerous levels inside the vehicles on hot summer days. A postal worker died from a heat stroke earlier this summer during a heat wave in California.

Fires have become a frequent hazard. The Postal Times keeps a running tally along with photos on its website. There have been 19 of them so far this year, including five in July.

In Florida, Kathleen Shunstrom witnessed one of them going up in flames. She opened her blinds to see her local carrier's postal truck ablaze in her neighbor's driveway in Niceville, on the Florida panhandle.

The carrier noticed her vehicle was smoking after delivering a package. By the time someone dialed 911, it had burst into flames. No one was hurt.

"It was scary to see," said Shunstrom, who captured video of the flames on July 24 on her cellphone. "It went up so fast."

The U.S. Postal Service has more than 230,000 vehicles. That includes 190,000 local delivery vehicles, and more than 141,000 of those are Grumman LLVs, said Postal Service spokesperson Kim Frum.

"The current delivery fleet has reached a critical point where it is no longer cost-effective to maintain the fleet in order to provide reliable and efficient delivery service for citizens while meeting the needs of carriers," Frum said.

A competitive bid process was supposed to mark a turning point.

Wisconsin-based Oshkosh Defense won the bid in February for the Next Generation Delivery Vehicle with the first deliveries set for late 2023.

It's a greener vehicle with modern amenities such as climate control and safety features like air bags, backup cameras and collision avoidance. The trucks are also taller to make it easier for postal carriers to grab packages and parcels that have been making up a far greater portion of their deliveries, even before the pandemic.

But a losing bidder, an Ohio company called Workhorse Group, challenged the fairness of the decision in June.

There's no deadline for protest decisions, but research suggests that contract challenges generally take about four to five months from filing to decision, according to David Ralston and Frank Murray, Washington-based attorneys from Foley & Lardner LLP.

The initial contract for Oshkosh Defense was for $482 million for retooling and building out its factory but the value could stretch into billions of dollars if Oshkosh delivers 165,000 vehicles over the next decade. Workhorse Group put the total contract value at up to $3.1 billion in its contract challenge.

With so much money at stake, it's possible that any decision could go to the Court of Appeals, which would extend the timetable even further out. For now, Oshkosh is continuing to get started even as the challenge plays out.

In Portland, Graham knows his vehicle fairly well. The rear-wheel drive vehicles spin around in icy conditions, so he knows to be careful. They reek of exhaust fumes. The transmission sometimes slips out of gear.

But the big complaint now, in the summer, is the heat. There's a fan on the dashboard but that doesn't cool things down much.

Graham said that during the summer he throws his lunch on the dashboard at mid-morning. "It'll be steaming hot by lunchtime," he said. 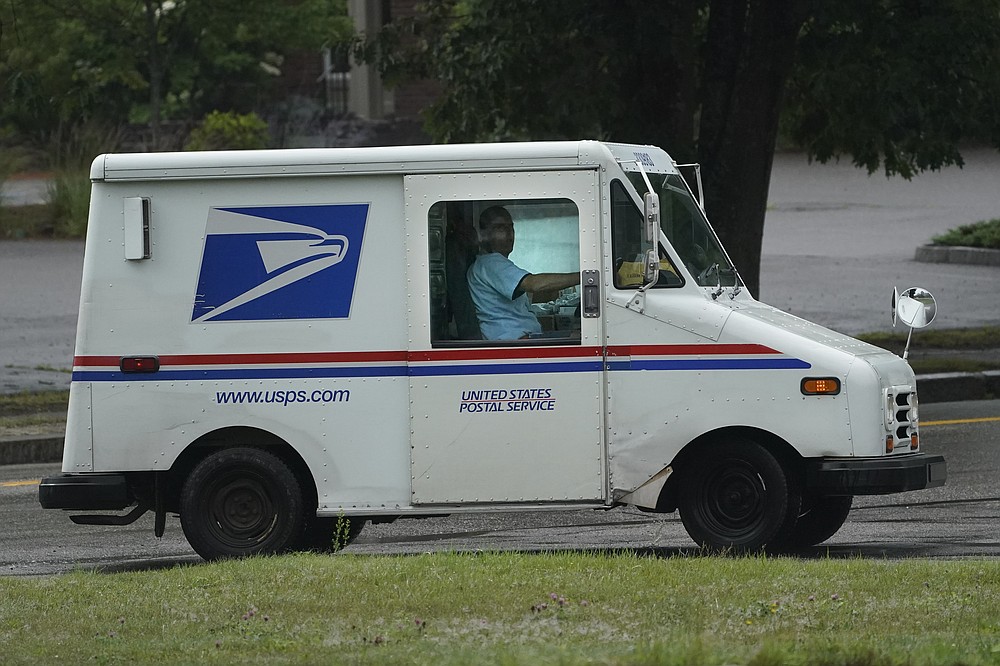