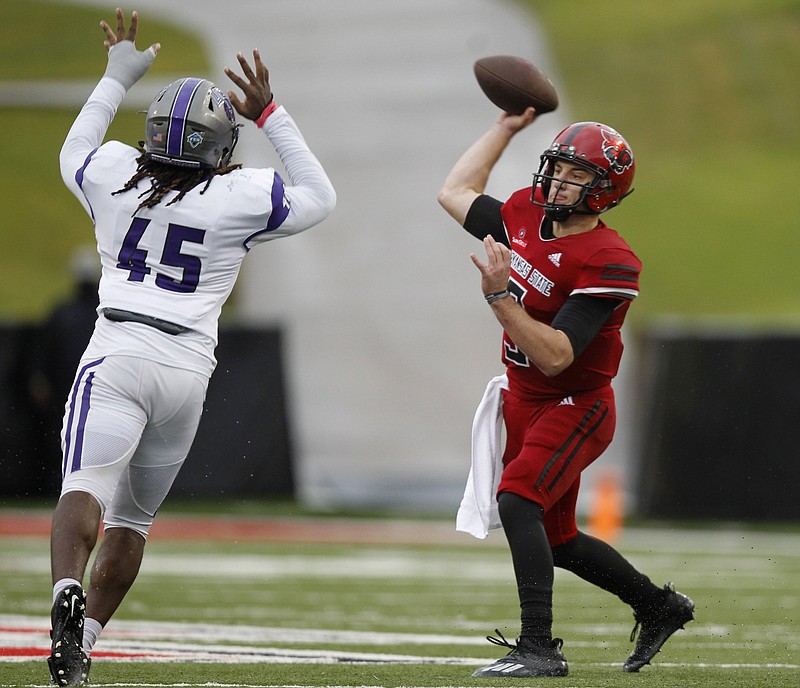 Arkansas State sophomore quarterback Layne Hatcher led the Red Wolves in passing in 2020 despite splitting snaps with Logan Bonner, who has since transferred to Utah State. Hatcher is being challenged this fall by Florida State transfer James Blackman. (Arkansas Democrat-Gazette/Thomas Metthe)

That's how James Blackman is approaching this fall camp.

When Blackman and Layne Hatcher are working side-by-side in most individual drills, it's hard not to compare Arkansas State University's top two quarterbacks.

Both were three-star recruits who started their collegiate careers at Power 5 programs. Both have had to battle for a starting spot before -- Blackman each of the past four years at Florida State, Hatcher all of last season with the Red Wolves.

As much as Blackman and Hatcher want to be the one on the field for ASU's first snaps of 2021, they understand the value of their competition over the next four weeks.

Coach Butch Jones has emphasized pushing the ball downfield and limiting mistakes to both quarterbacks.

At first glance, it seems as if Hatcher -- who led the Red Wolves in passing in 2020 despite splitting snaps with Logan Bonner -- has the inside track for that starting role.

The Pulaski Academy alum was one of the nation's most efficient deep passers and cut down his interceptions from 10 in 2019 to just 2 on 194 attempts last season. He also had 2,058 yards passing and 19 touchdown throws.

On Wednesday in practice, Hatcher appeared to be running the first-team unit with Marcel Murray at running back, Jeff Foreman and Te'Vailance Hunt at wideout, and Reed Tyler at tight end.

Blackman isn't concerned with where he and Hatcher stand at the moment.

"We know we just have to compete against the defense," said Blackman, who completed 433 of 716 passes (60.5%) for 5,445 yards, 43 touchdowns and 26 interceptions in his four-year Seminoles career. "I can't stop the things he's doing. He can't stop the things I'm doing. We've just got to focus on helping each other get better and go out and try to get better against the defense each and every day because if we come together, that would be a great thing for this team."

Jones hasn't given any indication where he's leaning between the two, and he said in post-practice availability Wednesday that the competition could extend into the season if both guys are deserving of the chance to be a starter.

ASU's first-year coach believes that is possible for Blackman despite an up-and-down four years with the Seminoles.

The South Bay, Fla., native started as a true freshman in 2017 and then lost the competition to Deondre Francois a year later. Blackman returned to QB1 in 2019 -- throwing for 2,339 yards and 17 touchdowns -- before appearing in just four games last fall.

Knowing a little about Jones from his initial recruitment several years back, Blackman jumped at the chance to finally link up with him in Jonesboro.

"He's just a hardworking dude," Blackman said of Jones. "You can tell by the way his programs are set up. You can tell by how the guys work, so I just wanted to be around a coach who is gonna push me and help me become great."

It's clear Jones is watching the pair closely. He's constantly in their meeting room along with offensive coordinator Keith Heckendorf.

Throughout the portion of Wednesday's practice open to the media, Jones pretty much shadowed Hatcher and Blackman, calling for each to quickly get the ball out of their hands when throwing directly next to one another.

With Jones likening his quarterback's role in the offense to a point guard in basketball, he wants to get this decision right.

"[I'm still] learning the skill set of both individuals," Jones said. "That includes the things they need to do to continue to grow and elevate their game and improve on a daily basis as well -- whether it's pocket presence, whether it's being a high-vision quarterback, keeping your eyes up and not bailing from the pocket." 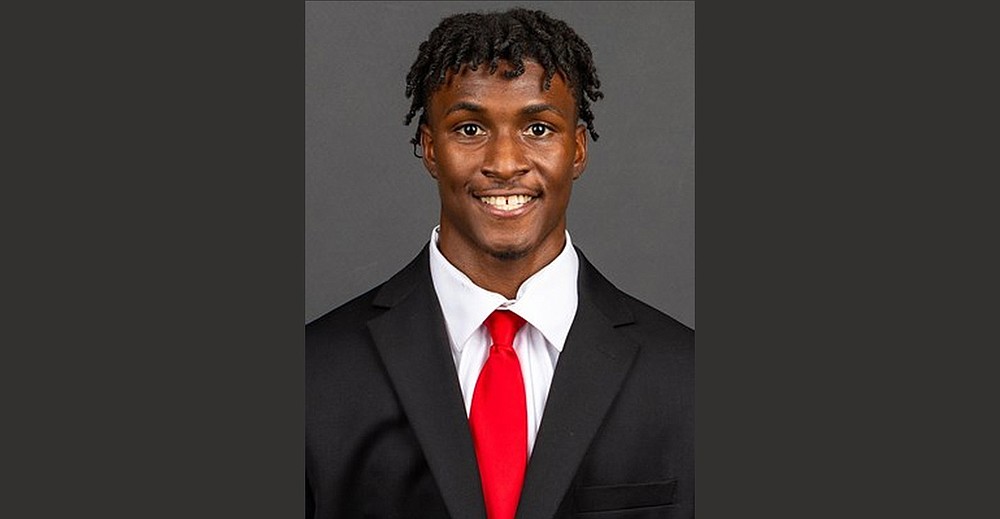 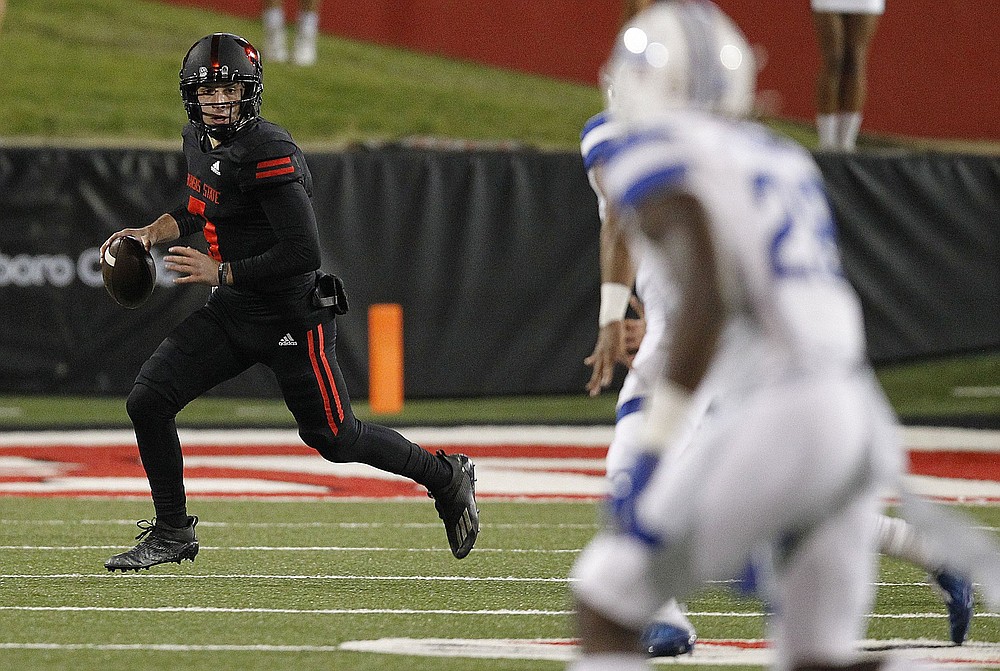 Layne Hatcher (left) was one of the nation’s most efficient deep passers and cut his interceptions from 10 in 2019 to just 2 on 194 attempts last season. (Arkansas Democrat-Gazette/Thomas Metthe)

Print Headline: Leader of the pack