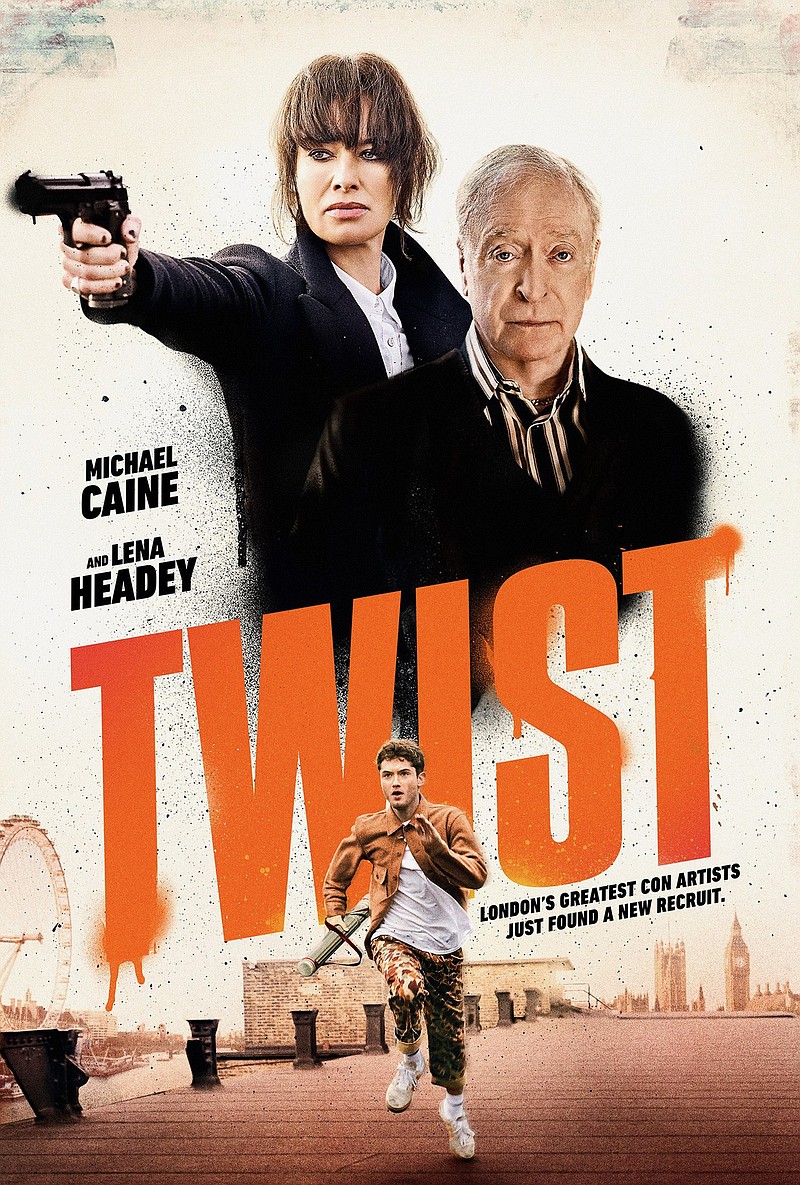 "Twist" (R, 1 hour, 30 minutes, in theaters and On Demand) A visually stimulating and fast-paced crime thriller set in modern London concerns graffiti artist Twist (Raff Law) who, after the unexpected death of his mother, loses his way and winds up in a street gang led by a guy named (what else?) Fagin (Michael Caine). When an attempted art heist turns out badly, Twist finds himself at odds not only with Fagin and the cops, but with a feisty enforcer (Lena Headey). Don't make me have to tell you what inspired this film. Directed by Martin Owen.

"The Water Man" (PG, 1 hour, 31 minutes, on DVD and Blu-ray) An earnest, affectionate family-friendly fantasy that premiered at the 2020 Toronto International Film Festival in which Gunner (Lonnie Chavis) is determined to save his critically ill mother (Rosario Dawson) by searching for the Water Man, a mythic figure who possesses the secret to immortality -- no matter where the journey takes him. The film is the directorial debut of David Oyelowo ("Selma"). With Amiah Miller, Alfred Molina, Maria Bello. Bonus features include a making-of featurette, an animation featurette and filmmaker commentary.

"Fast Times at Ridgemont High" (R, 1 hour, 30 minutes, Amazon Prime) This cult-status ensemble comedy is likely the best way for parents to show their kids what it was like to be a teenager navigating the crooked hallways of high school in the early 1980s. With Sean Penn (in his career-defining role as slacker Jeff Spicoli), Jennifer Jason Leigh, Ray Walston, Phoebe Cates, Judge Reinhold, Nicolas Cage, Forest Whitaker, Eric Stolz; written by Cameron Crowe and directed by Amy Heckerling.

"Requiem for a Dream" (not rated, 1 hour, 42 minutes, HBO Max) This is where Jared Leto ("Suicide Squad," "The Little Things") got his foot in the door toward becoming The Guy to Call When Making a Psychological Thriller. Released in 2000, it's considered director Darren Aronofsky's most disturbing work (and that's saying something, considering he directed "Pi" and "Black Swan"), chronicling the horrific downfall of four drug users -- visually and aurally taking viewers with them. With Jennifer Connelly, Ellen Burstyn, Louise Lasser, Marlon Wayans, Keith David.

"What We Left Unfinished" (not rated, 1 hour, 11 minutes) Thirty years after the Soviet withdrawal from Afghanistan (followed by civil war), this documentary observes the era of state-funded Afghan filmmaking under a brief period of communism with input from writers, actors, and filmmakers involved in the production of five nearly complete but unfinished, unedited narrative projects, all heavy on melodrama and moral lessons: "The April Revolution" (1978), "Downfall" (1987), "The Black Diamond" (1989), "Wrong Way" (1990) and "Agent" (1990). With Latif Ahmadi, Jawanshir Haidari, Asadollah Aram; directed by Mariam Ghani.