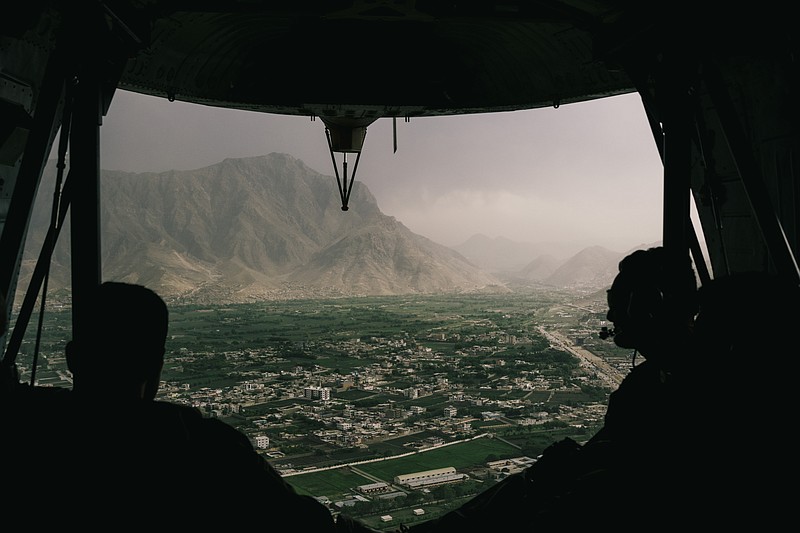 Afghan security forces fly over the city of Kabul, Afghanistan, in April 2021. MUST CREDIT: Washington Post photo by Lorenzo Tugnoli

KABUL, Afghanistan -- The spectacular collapse of Afghanistan's military that allowed Taliban fighters to walk into the Afghan capital Sunday despite 20 years of training and billions of dollars in American aid began with a series of deals brokered in rural villages between the militant group and some of the Afghan government's lowest-ranking officials.

The deals, initially offered early last year, were often described by Afghan officials as cease-fires, but Taliban leaders were in fact offering money in exchange for government forces to hand over their weapons, according to an Afghan officer and a U.S. official.

Over the next year and a half, the meetings advanced to the district level and then rapidly on to provincial capitals, culminating in a breathtaking series of negotiated surrenders by government forces, according to interviews with more than a dozen Afghan officers, police, special operations troops and other soldiers.

Within a little more than a week, Taliban fighters overran more than a dozen provincial capitals and entered Kabul with no resistance, triggering the departure of Afghanistan's president and the collapse of his government. Afghan security forces in the districts ringing Kabul and in the city itself simply melted away. By nightfall, police checkpoints were left abandoned and the militants roamed the streets freely.

The pace of the military collapse has stunned many American officials and other foreign observers, forcing the U.S. government to dramatically accelerate efforts to remove personnel from its embassy in Kabul.

The Taliban capitalized on the uncertainty caused by the February 2020 agreement reached in Doha, Qatar, between the militant group and the U.S. calling for a full American withdrawal from Afghanistan. Some Afghan forces realized they would soon no longer be able to count on American air power and other crucial battlefield support and grew receptive to the Taliban's approaches.

"Some just wanted the money," an Afghan special forces officer said of those who first agreed to meet with the Taliban. But others saw the U.S. commitment to a full withdrawal as an "assurance" that the militants would return to power in Afghanistan and wanted to secure their place on the winning side, he said. The officer spoke on the condition of anonymity because he, like others in this report, were not authorized to disclose information to the press.

The Doha agreement, designed to bring an end to the war in Afghanistan, instead left many Afghan forces demoralized, bringing into stark relief the corrupt impulses of many Afghan officials and their tenuous loyalty to the country's central government. Some police officers complained that they had not been paid in six months or more.

"They saw that document as the end," the officer said, referring to the majority of Afghans aligned with the government. "The day the deal was signed we saw the change. Everyone was just looking out for himself. It was like [the U.S.] left us to fail."

The negotiated surrenders to the Taliban slowly gained pace in the months following the Doha deal, according to a U.S. official and an Afghan officer. After President Joe Biden announced in April that U.S. forces would withdraw from Afghanistan this summer without conditions, the capitulations began to snowball.

As the militants expanded their control, government-held districts increasingly fell without a fight. Kunduz, the first key city overrun by the militants, was captured a week ago. Days of negotiations mediated by tribal elders resulted in a surrender deal that handed over the last government-controlled base to the Taliban.

Soon after, negotiations in the western province of Herat yielded the resignation of the governor, top Interior Ministry and intelligence officials and hundreds of troops. The deal was concluded in a single night.

"I was so ashamed," said a Kabul-based Interior Ministry officer, referring to the surrender of senior ministry official Abdul Rahman Rahman in Herat. "I'm just a small person, I'm not that big. If he does that, what should I do?"

Over the past month, the southern province of Helmand also witnessed a mass surrender. And as Taliban fighters closed in on the southeastern province of Ghazni, its governor fled under Taliban protection only to be arrested by the Afghan government on his way back to Kabul.

The Afghan military's fight against the Taliban involved several capable and motivated elite units. But they were often dispatched to provide backup for less-well-trained army and police units that repeatedly folded under Taliban pressure.

"Don't fire a single shot," the commander told them as the Taliban swarmed the area, the officer later recounted. The border police surrendered immediately, leaving the special forces unit on its own. A second officer confirmed his colleague's recollection of the events.

Unwilling to surrender or fight outmatched, the members of the unit put down their weapons, changed into civilian clothing and fled their post.

"I feel ashamed of what I've done," said the first officer. But, he said, if he hadn't fled, "I would have been sold to the Taliban by my own government."

"Without the United States, there was no fear of being caught for corruption. It brought out the traitors from within our military," said one Afghan police officer.

Several officers with the Kandahar police force said corruption was more to blame for the collapse than incompetence. "Honestly, I don't think it can be fixed. I think they need something completely new," said Ahmadullah Kandahari, an officer in Kandahar's police force.

In the days leading up to Kandahar's capture this month, the toll on the police had become visible. Bacha, a 34-year-old police commander, had been steadily retreating for more than three months. He had grown hunched and his attire more ragged. In an interview, he said the repeated retreats had bruised his pride -- but it was going without pay that made him feel desperate.

"Last time I saw you, the Taliban was offering $150 for anyone from the government to surrender and join them," he told a reporter as the interview drew to a close. "Do you know, what is the price now?"

He didn't laugh, and several of his men leaned forward, eager to hear the answer.

Information for this article was contributed by Aziz Tassal of The Washington Post. 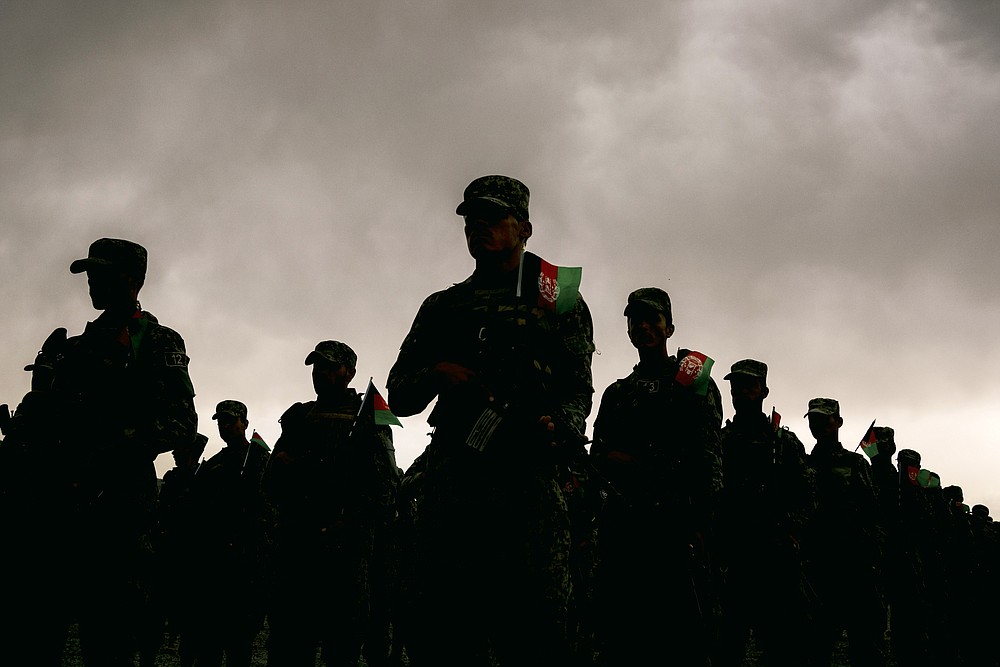 Afghan Security forces parade in a base in Kabul in April 2021. MUST CREDIT: Photo for The Washington Post by Lorenzo Tugnoli