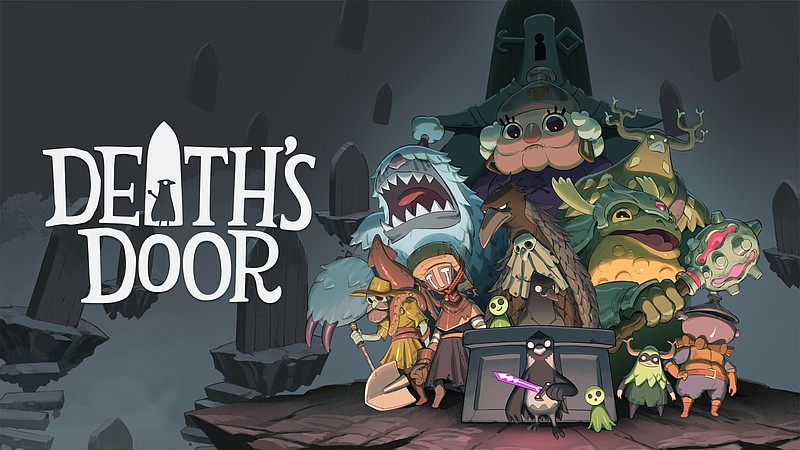 When a creative work bears an obvious resemblance to a well-known predecessor it runs the risk of being labeled derivative. However, if the work in question stirs us, we often consider it a love letter to its inspirational sources.

Happily, "Death's Door," the new action adventure game about a hardworking, soul-reaping crow, is very much a love letter to the old Zelda games.

Its mechanics are satisfying in a chip-off-the-old block way; its visuals are a delight; and its story line is touched with assured, easygoing humor. Such qualities are even more impressive when you find out that "Death's Door" is the product of a two-person collaboration, Mark Foster and David Fenn.

At its start, a bus rolls into a station, and a textbox at the bottom of the screen announces, "Now arriving at Reaping Commission Headquarters." The scene, rendered in black-and-white, has a noir look. This is a smart move as it subtly links what's to come as a conscious exercise in genre (the pleasures afforded by noir, after all, are typically rooted in familiar gestures).

Descending from the bus, a crow with a large red sword on its back makes its way into a large office occupied by many empty desks where a couple of feathered office workers tap away at their typewriters.

[Video not showing up above? Click here to watch: arkansasonline.com/816door]

Approaching the desk of one Chandler the Handler, the crow learns that it has been assigned to reap a Giant Soul. A door then appears at the top of the staircase above the typing pool — a portal to the assignment. Before leaving the crow to its business, Chandler, with all the wariness of an office drudge, says, "Reaping souls to power the doors, just so we can reap more souls ... and the cycle repeats ... forever ..." With that, Chandler asks the crow not to die on the mission because doing so would only add to his already-Sisyphean mound of paperwork.

Proceeding through the door you find yourself in the Grove of Spirits, a place of gnarled, leafless trees and muted daylight. Using your sword and your bow and arrow you can make your way past a series of gates by hitting switches stationed in the area.

Entering a clearing, you confront a Demonic Forest Spirit, a monster with four razor-like tentacles that bears a resemblance to a spinning top. Once that thing is dispatched, your crow leaps for joy, but its triumph is short-lived. A door pops into existence, behind which stands a giant bird. A red ball of energy, the soul of your vanquished foe, disappears inside. Helplessly, your crow collapses on the ground.

Upon reviving, your crow discovers that the newly materialized door leads to The Lost Cemetery, a place of dusty, sage-colored battlements overlooking emerald green waters. 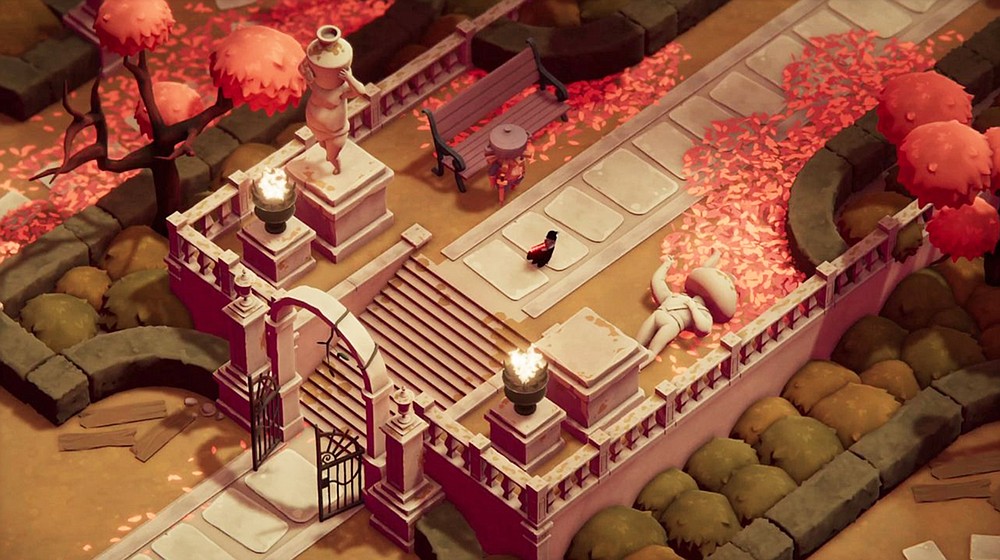 After hacking your way through a parade of low-level enemies and past a mini-boss, you meet the large bird that pilfered the Demonic Forest Spirit's soul. This ancient crow has just cast the soul into a particularly ominous, elongated door. Assuming an avuncular tone, the elder crow apologizes for smacking you on your noggin before going on to explain that it, too, used to work as a reaper.

Years ago, the old crow explains, its designated assignment managed to flee behind the door (aka Death's Door), "the endpoint of all life."

Using the soul of the Demonic Forest Spirit, the ancient crow had hoped to open the door, but since that didn't work, it offers you a bargain. Directing your attention to the location of three other Giant Souls, it asks you to go kill them. They have vastly outlived their appointed span of years. With their collective power, the Death's Door might be opened and your crow can collect his assigned soul, without which it will die.

To stave off death you'll have to confront a witch who likes to replace her subjects' heads with crockery, a Napoleon-like frog with a string of titles that proclaim his glory, and a mountain-dwelling yeti named Betty. 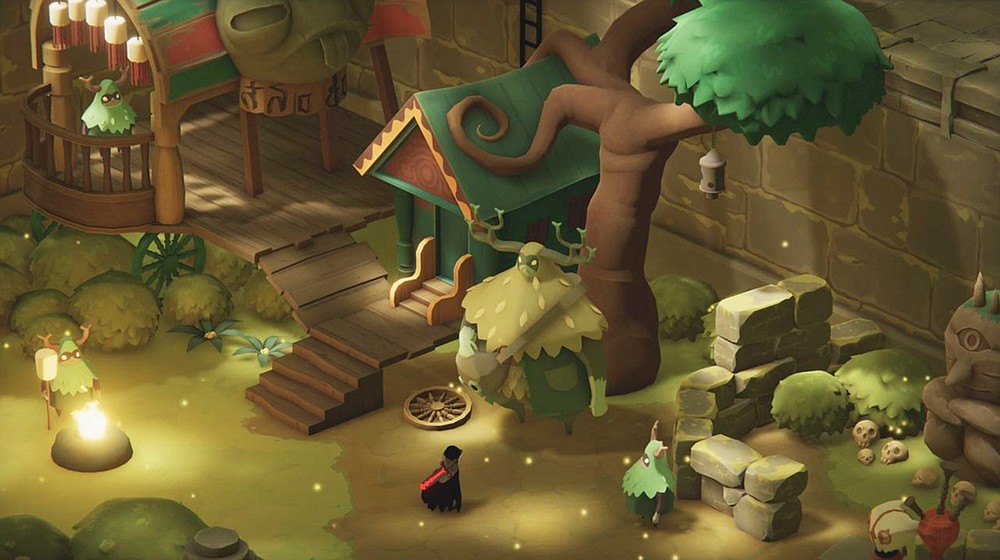 Along the way to those splendidly executed boss fights, you'll encounter a string of quirky characters such as Pothead, the witch's grandson, who has a soup pot for a head; and a sailor with a squid on his back who will regale you with hints for how to find hidden shrines where you can upgrade your crow's abilities.

As you get deeper into the campaign, you'll uncover an office conspiracy at the Reaping Commission Headquarters that implicates the higher-ups.

Although you start the game with only a sword and a bow and arrow, eventually you'll find a flame spell, a bomb spell and a hookshot. In tried-and-true Zelda-style, you'll find yourself revisiting stages to use your new tools, which unlock previously unreachable areas.

There are secret nooks in the game, some of which I've yet to discover even after a couple dozen hours. Far from being frustrated, I've been enamored of "Death Door's" level design and the manner in which it reshuffles its cast of enemies in interesting ways to take advantage of different environmental challenges — e.g., narrow spaces and icy surfaces.

As a critic I favor novel experiences that challenge conventional game design. But I, too, have my weaknesses, particularly when it comes to games that put me in mind of a childhood favorite. Suffice it to say, "Death's Door" is my kind of comfort food.

Available on: PC, Xbox One