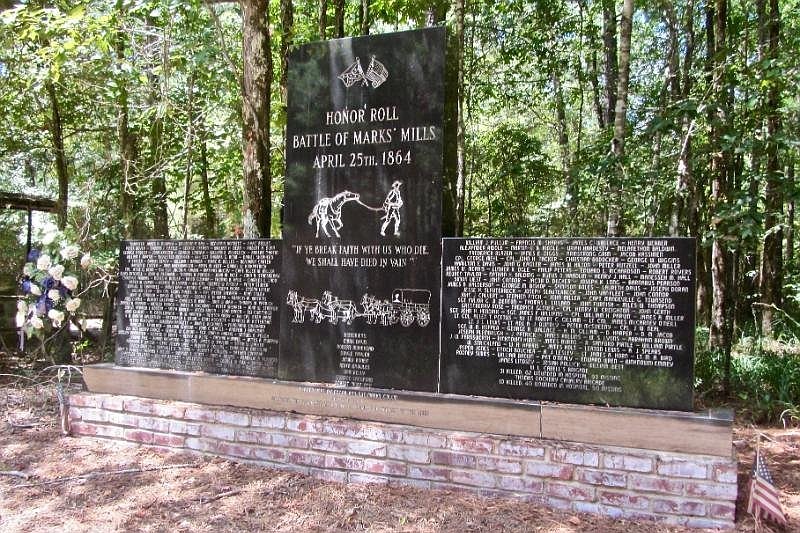 An honor roll lists some casualties from the 1864 Battle of Marks’ Mills. (Special to the Democrat-Gazette/Marcia Schnedler)

A notable exception took place 75 miles south of Little Rock and 9 miles southeast of Fordyce on April 25, 1864. As recounted in Marks' Mills Battleground State Park, at the junction of Arkansas 8 and 97 in Cleveland County, that spring day brought a solid victory for the Confederacy. Continuing down nearby unpaved roads provides more detailed information on the fighting there.

Sandwiched between lesser Southern successes at Poison Spring and Jenkins Ferry, Marks' Mills was part of the so-called Red River Campaign. The fighting left Confederate forces in control of southwest Arkansas until the war's end a year later.

Some historians view the five-hour battle, which involved about 1,600 Yankee troops and 2,500 Rebels, as the war's worst federal defeat west of the Mississippi River. One park marker reports: "Union losses could not have been less than 1,300, the majority being captured. Of the 300 unarmed refugee slaves, over 100 were killed by Confederate soldiers. Confederate losses were fewer than 500."

The day's fighting takes on a more personal face for visitors who follow signs along dirt and gravel roads to Marks' Mills Battlefield Site and then the venerable family cemetery. Tender loving care by Marks descendants and their kin, as well as other history enthusiasts, accounts for the sometimes quite touching exhibits describing the Rebel triumph.

A marker placed by Sue Marks Colvin and her husband, Edgar, quotes a Rebel soldier's granddaughter: "My grandfather Benjamin F. Knowles ... was ordered to shoot the lead horses of the first [Union] wagon. So many horses and soldiers were wounded and killed that Salty Creek ran red with blood." 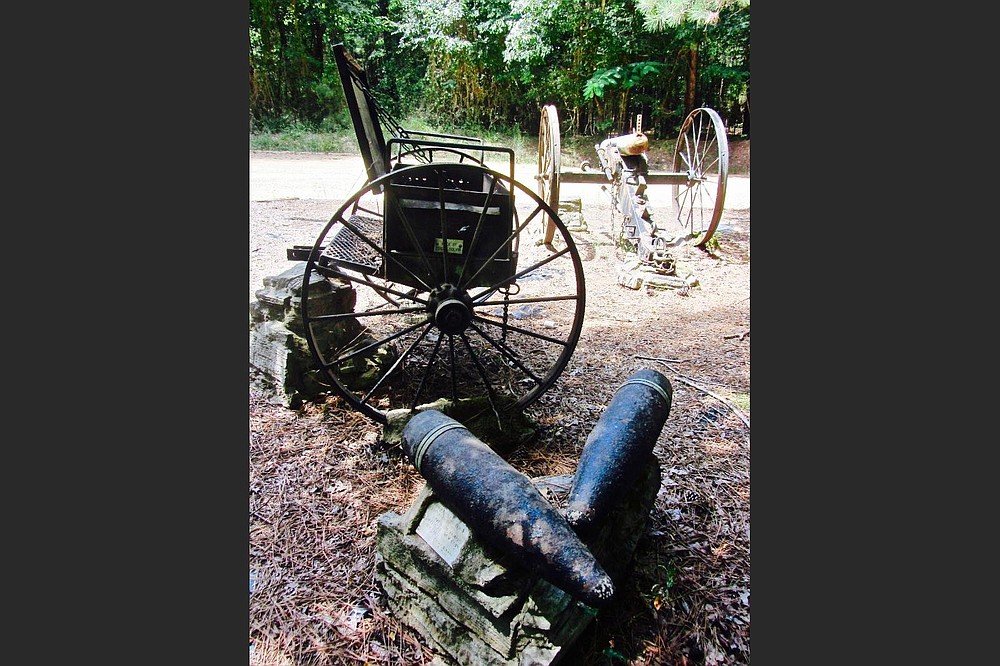 This replica of a smooth-bore Napoleon is like those deployed by the Confederates at the Battle of Marks’ Mills. (Special to the Democrat-Gazette/Marcia Schnedler)

Another marker — emblazoned with the headline "The Battle Had Begun!" — states that "the driver of the first wagon of the Union train was killed on this spot."

A matching pair of symbolic gravestones placed a decade ago by the Colvins salute the "Unknown Soldiers" of each side. The handsome stones are inscribed: "In memory of the Confederate [or Union] soldiers who lie in unmarked graves on this battlefield."

Evoking the aura of long-ago combat is a replica of a smooth-bore Napoleon cannon similar to the eight pieces of artillery deployed by the South at Marks' Mills. A plaque notes that artifacts found on the battlefield include a variety of lead and iron shot. Two large shells are displayed by the cannon.

Farther on is the home site of John Harvie Marks, who'd come here from Alabama with his father-in-law in 1834. He and dozens of other Marks family members spanning nearly two centuries are buried in the private cemetery beyond the battlefield.

A sign along the way bears a telling comment made after the war by John's daughter, Martha H. Marks Hudson:

"The Battle of Marks' Mills was fought one mile from our home. ... Our home was a temporary hospital, and I can see now, the wounded and the dying, lying on our porches and in the house. General Sherman was right about war — it is hell."

Marks' Mills Battleground State Park and the nearby cemetery can be visited daily free of charge, starting at the junction of Arkansas 8 and 97. Visit arkansasstateparks.com/marksmills/.