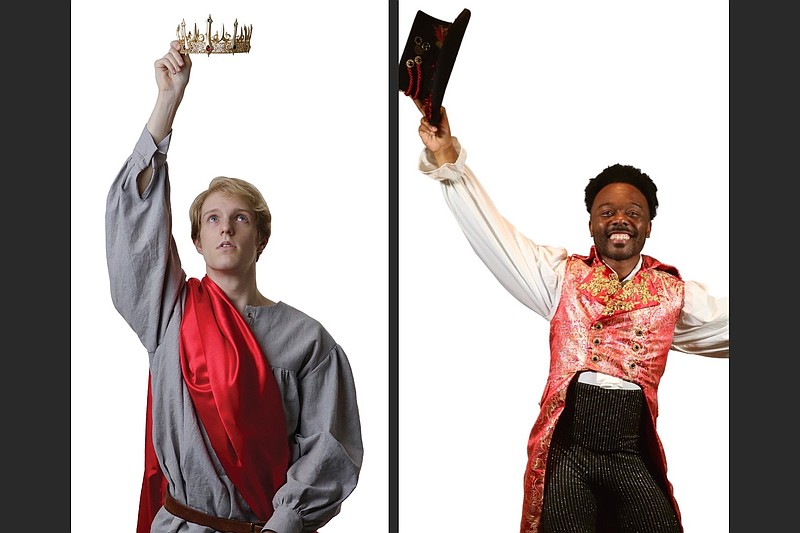 Noah Warford (left) plays the title role, with Frederick Webb Jr. as the Leading Player, in the Argenta Community Theater’s production of the musical “Pippin,” opening this week. (Special to the Democrat-Gazette/Warren McCullough)

The show focuses on a mysterious performance troupe and its Leading Player (Frederick Webb Jr.) telling the story of a young prince (Noah Warford in the title role,) searching for meaning and significance.

The theater is requiring audience members to show proof of vaccination upon arrival (with exceptions made for those with a medical or religious exemption) and to remain masked unless actively eating or drinking during the performance; masks and hand sanitizer will be readily available. The theater's cast, crew and staff members are fully vaccinated. The theater is using a contactless ticketing process and is reducing the audience capacity.

Tickets are $25-$35. Call or visit argentacommunitytheater.org. 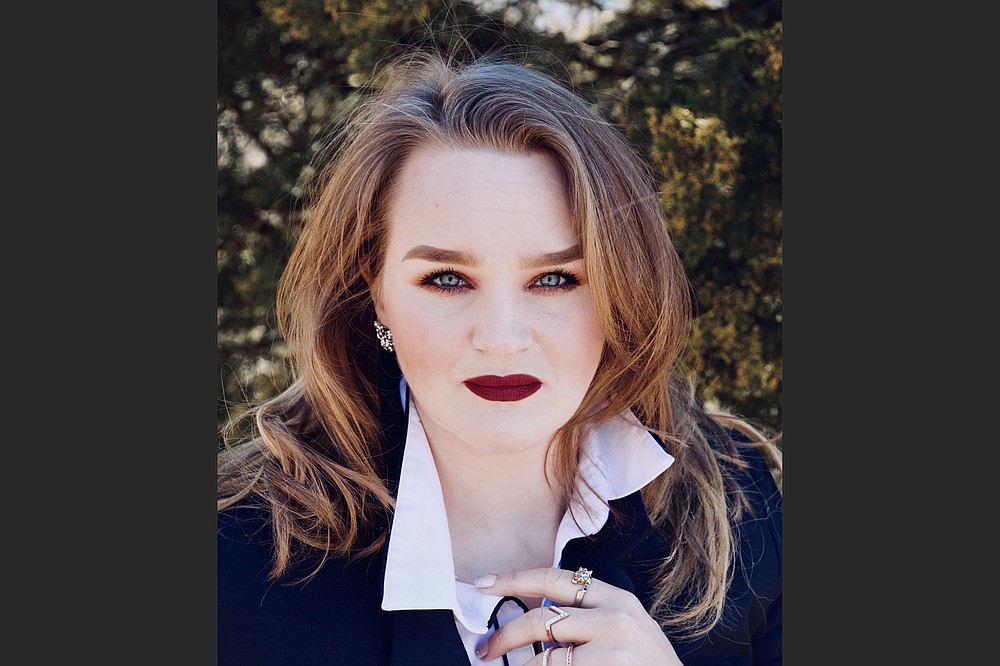 The 10th season of the Festival of the Senses at St. Luke 's Episcopal Church, 4106 John F. Kennedy Blvd., North Little Rock, opens at 7 p.m. Sept. 7 with violinist Drew Irvin, soprano Keely Futterer and pianist Tim Smith in a concert of arias and chamber music titled "On the High C's: A Royal Serenade."

The program: "L'amero sarp costante" (from "Il Re Pastore") and "No, no, che non sei capace" by Wolfgang Amadeus Mozart; "Fantaisie sur la flute enchantee de Mozart" by Pablo de Sarasate; "Apree un reve" from "Trois melodies," op.7, No. 1 by Gabriel Faure; "Chere nuit" by Alfred Bachelet; "Villanelle" by Eva Dell'Acqua; two lieder by Richard Strauss -- "Beim schlafengehn," the third of the "Four Last Songs," and "Morgen!" op.27, No. 4 -- and "Improvisation: Andante cantabile," the second movement of Strauss' "Violin Sonata" in E-flat major, op.18; and the aria "Deh! Per me non v'affliggete" from "Ciro in Babilonia" by Gioachino Rossini.

The concert will also be livestreamed on video and available on the church's Facebook page.

The rest of the lineup (except as noted, all concerts at 7 p.m.):

◼️ Dec. 9: "Tapping Out the Holidays," the dancers of Untapped Inc.

◼️ May 24: "South of the Border: The Other America," ARmusica (Irvin and Julie Cheek) playing music by South American composers.

Admission to all concerts is free. Visit stlukeepiscopal.org.

The Arkansas Arts Council has announced the recipients of its $4,000 Individual Artist Fellowship awards:

Ballet Arkansas has announced the four choreographers who will set Antonio Vivaldi's "The Four Seasons," one per season, for the company's "Four Seasons," April 21-24 at the Center for Humanities and Arts Theater, University of Arkansas-Pulaski Technical College main campus, 3000 W. Scenic Drive, North Little Rock.

The program, presented by the Stella Boyle Smith Trust, will also include "Confetti," which Gerald Arpino created for the Joffrey Ballet in 1970.

"I selected these choreographers because I was enamored with their movement styles," says Ballet Arkansas' executive and artistic director Michael Fothergill. "Each is unique and will both compliment and contrast the others.

"I wanted to use this production as a vessel to honor the creative expression of today's female dancemakers, and I am in awe of the passion and talent of each of the women we've selected to debut a new work."