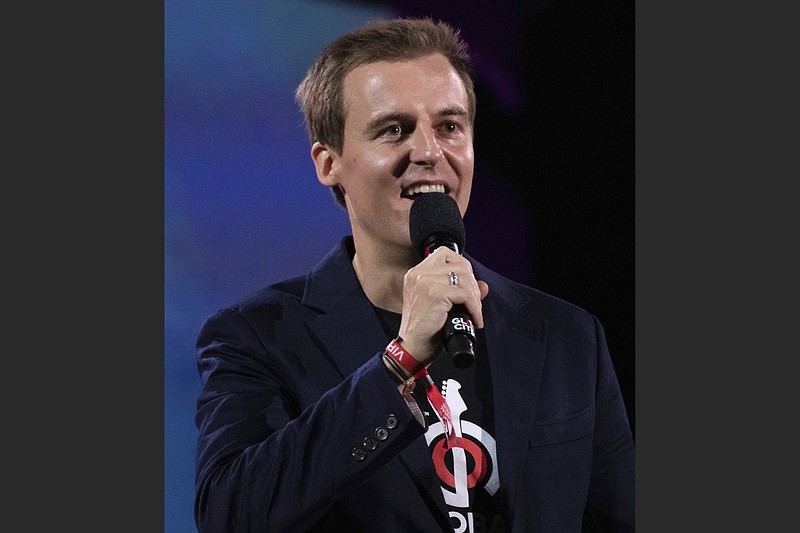 NEW YORK — Will.I.Am of the Black Eyed Peas says joining forces with Global Citizen to help headline its upcoming daylong global concert aimed at creating positive change was a no brainer for him.

"Headlining the show in France is super special to us. Just any time you could help make change or bring awareness to issues through music, especially things that you care about — that I care about — like climate [change] and the planet and bringing folks that are just disenfranchised, you know, lifting them up with not only funds, but information and preparation for tomorrow is what I'm about personally," said the super producer of the upcoming Global Citizen Live shows. The group's "efforts align with my efforts."

Global Citizen has announced that a 24-hour broadcast of performances across multiple networks and platforms will take place on six continents on Sept. 25, boasting some of music's brightest stars.

With CEO Hugh Evans calling this "the most ambitious campaign Global Citizen has ever launched," the event is timed to the UN General Assembly in September, followed by the G20 and COP26 Climate meetings in October and November, respectively.

Global Citizen hosted another large concert in May advocating the importance of vaccine equity, exceeding its goal by raising $302 million. The "Vax Live: The Concert to Reunite the World" was one of the largest concert gatherings in Southern California since the coronavirus pandemic began.

Evans hopes artists will encourage citizens to push governments and major corporations to be more proactive in tackling climate change, poverty and vaccine equity. But do world leaders really care about what partygoers are asking for at a global concert?

But as the world still battles the coronavirus pandemic with the delta variant surging in the U.S., the time might not seem right to host a global concert. Will.I.Am understands the sentiment.

"There's a part of me that's like, 'I don't want to do it. I don't want to go. I'd rather stay home ... I've been safe. And anything outside of that puts some worry bugs in me,'" said the musician. "But do I want to live that way? ... I think every single person has to weigh that themselves."

To attend, concertgoers must provide either proof that they are fully vaccinated or present a negative PCR test within 72 hours of the show's start, and every attendee must be masked regardless of vaccination status.

Evans says not only are they complying with local virus regulations, but Global Citizen is going above and beyond those restrictions to make sure everyone stays safe.

"I believe that, ultimately, we need to listen to science and science says that everyone should be fully vaccinated and that they should have a negative PCR test, and if they're in close proximity, they should wear a mask," he said. "We need to take the pandemic very seriously, but we also need to follow the best science. And the science is telling us exactly what to do."

For more information and to earn tickets to the Paris and New York City festivals, visit GlobalCitizenLive.org.