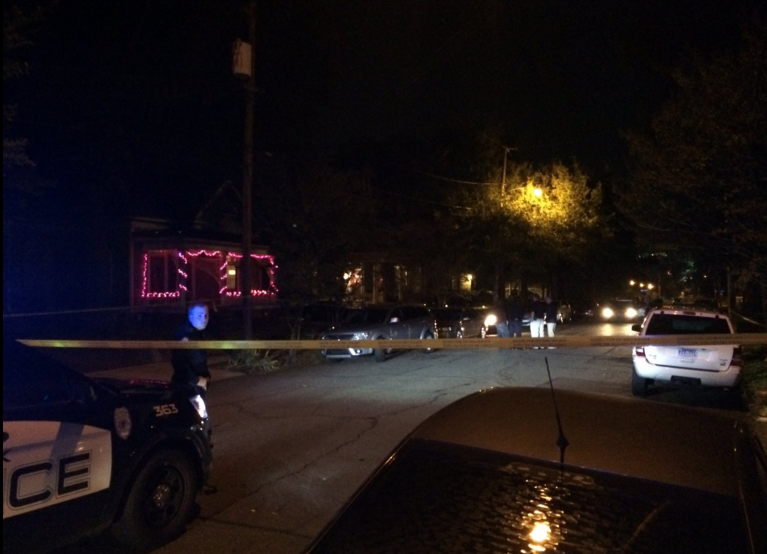 A jury ruled in favor of Little Rock police officer Dennis Hutchins on Monday after he was accused of using excessive force in the 2016 fatal shooting of a man who was holding a BB gun.

For more than a week, jurors heard testimony in a civil trial that pitted the family of Roy Richards Jr. against Hutchins.

Representing Richards' estate, his sister Vanessa Cole sought millions of dollars in damages. But after deliberating for about three hours Monday, the jury returned with its verdict.

Hutchins declined to comment after the verdict, deferring to Tom Carpenter, Little Rock's city attorney, who said Hutchins reacted to what he saw as a "life-ending" situation.

Hutchins' attorneys argued the 20-year veteran of the Little Rock Police Department had little choice after responding to a call and seeing a man holding a rifle after a violent altercation with a family member.

"I think the verdict was appropriate. I think this was a situation where an officer faced, what he felt and what he could tell at that point, was a life-ending possibility and acted to keep that from happening," Carpenter said.

On Oct. 25, 2016, Hutchins and Little Rock police officer Justin Tyer responded to a call after a physical altercation between Darrell Underwood and his nephew, Richards, at Underwood's home 514 E. Eighth St.

Hutchins and Tyer were told that Richards was armed as they approached Underwood's home.

As the officers approached the men, Hutchins saw Richards exit a vehicle holding a rifle. Hutchins fired five shots at Richards, hitting him twice and killing him. It was later learned that the rifle Richards was holding was a BB or pellet gun.

Cole argued that Hutchins used excessive force and that, by doing so, violated Richards' constitutional rights of equal protection and unreasonable search and seizure.

Members of Richards' family who attended Monday's proceedings left the courtroom shortly after the jury announced its verdict.

Last week, jurors ruled on several questions addressing disputed facts, such as that it was not feasible for Hutchins to warn Richards before firing his gun.

During closing arguments Monday, attorney Lucas Rowan said the fact that Richards was pointing a gun toward the home and not specifically at a person was not enough justification for Hutchins to use deadly force.

Mike Laux, lead attorney for the plaintiff, said the fact that Underwood was inside his home when Hutchins opened fire on Richards was proof the shooting was not justified.

"Mr. Richards merely having the gun is not enough. It's not sufficient to find that there was justification," Rowan said.

Laux said he was cautiously optimistic after closing arguments, hoping the hours-long deliberation by jurors meant they would rule in favor of Cole and were perhaps considering damages.

But after the jury returned its verdict and court was back in session, Laux filed a motion and argued for Marshall to declare a mistrial, saying answers the jury gave on disputed questions last week were in "conflict" and that the jurors engaged in jury nullification by disregarding expert testimony.

Laux said after the verdict that he would explore filing an appeal "if it seems viable, and at this point it certainly does."

Speaking on behalf of Cole, attorney Judson Kidd said the family was "devastated" by the verdict.

"Ms. Cole lost her brother -- her only brother -- her protector as she so testified," Kidd said. "And we have two boys, 14 and [17], who lost their father, lost his financial and emotional support. And we got Roy Richards Sr., the father, who has lost his only son. So obviously they are devastated by the verdict."