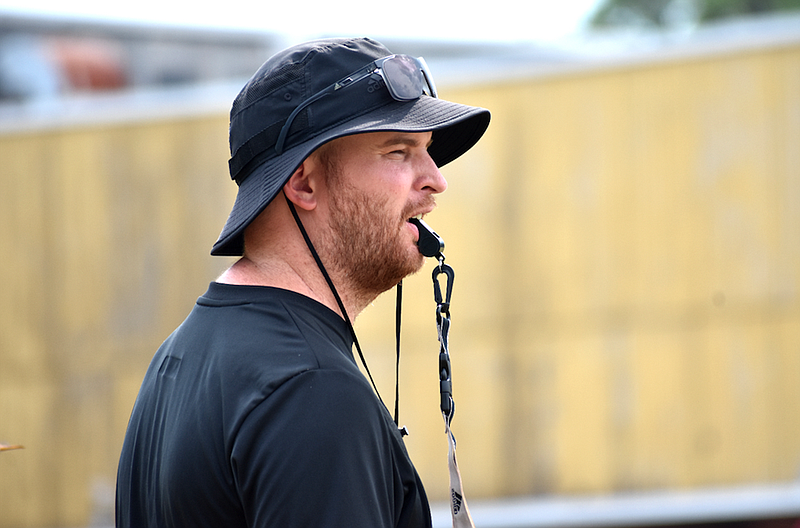 Some good things emerged from a 4-9 spring soccer season at the University of Arkansas at Pine Bluff.

First, the Lady Lions earned a berth in the Southwestern Athletic Conference soccer tournament, although it ended in a second loss to Grambling State University in the same week back in April. Secondly, Erik Solberg returned for his second season as head coach after the program endured a string of five different skippers in as many years by his count, and so did his two All-SWAC performers, Iyanna Hicks and Cameron Rodriquez.

“I’m really trying to build something from the ground-up that’s going to help us bring championships to Pine Bluff,” Solberg said, noting the work volleyball coach Chelsey Lucas and football coach Doc Gamble have done with guiding their programs into conference championship contention.

Seeing a constant presence in Solberg is important to Evangelia Sandoval-Belmudez, an outside back classified as a junior academically and sophomore on the field.

“The stability helps a lot,” said Sandoval-Belmudez, a second-team Preseason All-SWAC choice. “Since my freshman year, it was a mess all around, and having a coach who will be there and be behind us, it takes a lot of stress off our backs.”

The fall SWAC soccer season is more than a month away, but the Lady Lions — who last won a conference title in 2011 — will kick off the regular season at home today against the University of Arkansas at Little Rock. Kickoff is scheduled for 4 p.m. at Pumphrey Field.

“We’re definitely ready to go play somebody else,” Solberg said. “Little Rock is a really good, well-coached team. They’re coming off a Sun Belt championship just a couple of years ago. They’ll give us all we can handle. We’re a really young team.”

Fifteen first- or second-year freshmen dot the UAPB roster, including forward Hicks, who was named first-team All-SWAC in the spring and is a preseason favorite to make that list again. She realizes the expectations, however, after leading the SWAC in shots per game (4.33) and ranking second in total goals (6).

“I feel like that creates a lot of pressure because I have to maintain where I left off or be better than I was last season,” she said.

WIth plenty of youth on the team, Solberg said the Lady Lions’ first 11 games — including home dates against Oral Roberts University (Sunday), Arkansas State University (Sept. 2) and the University of Tulsa (Sept. 19) — are about making sure they’re prepared for the SWAC season. UAPB went 1-7 in the SWAC during the spring but earned the eighth seed in the conference tournament.

“The returners realize there will be several freshmen that are going to start and contribute from Day 1,” Solberg said. “We’ve got an entire freshman class who are next level, but there is more teaching, for sure, more competitive-based things, and the returners know nothing is guaranteed, but I think they see they can help us climb the SWAC leaderboard. We’re going to try to obviously win every game we can, but the priority comes in October when we’re trying to win the SWAC.”

So far, junior midfielder Rodriquez said, the younger players are a big help.

“They’re kind of better players than we had last year, so they’re adding puzzle pieces that we’re missing, so we’re just clicking, working hard and striving,” she said.