Fayetteville housing agency to spend $24,000 on consultant to stabilize operations 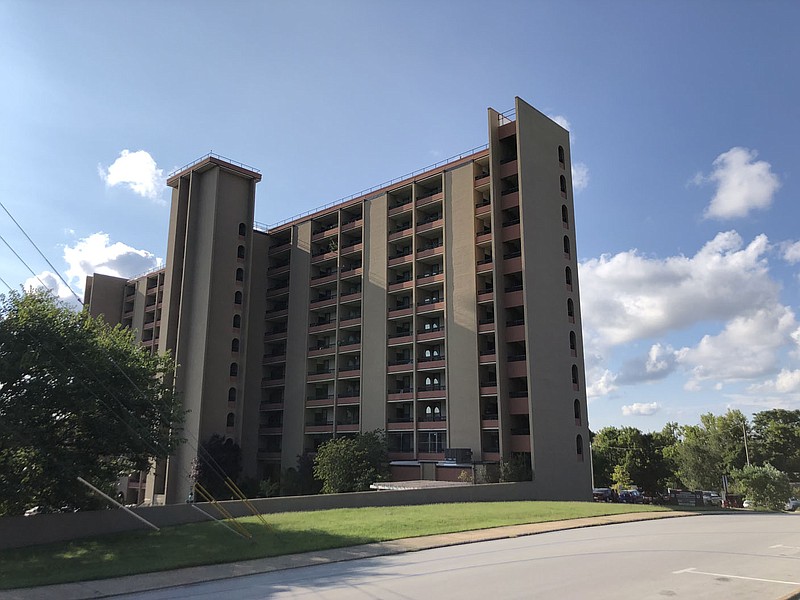 FAYETTEVILLE -- The city's Housing Authority on Thursday hired a third-party consultant to respond to a federal records request and come up with a plan to help stabilize the organization's operation.

The authority's board voted 4-0 to hire Gerald Turner with HEAL Collective in Little Rock for services related to a management improvement plan. Turner also will subcontract with accountant Lisa Curry McCullough of Springdale. Turner and McCullough will each receive $12,000, totaling $24,000, for their work. The contract is for 60 days.

The board hired Turner under an emergency procurement policy. The impending lack of executive leadership, burdensome records requests and instability in the organization could threaten the health and safety of residents, board members agreed. Under an emergency, the board can waive a requirement to solicit bids for services.

Board members agreed to send the contract with Turner to the Department of Housing and Urban Development's field office in Little Rock for review to ensure compliance with procurement standards.

Interim Executive Director John Berry submitted his resignation Wednesday, saying his last day of work will be Sept. 1 and that board members' actions prompted his decision. On Monday, HUD's regional office in Fort Worth sent a letter saying the agency's Departmental Enforcement Center was reviewing the authority. The purpose of the review is to assess the authority's compliance from Jan. 1, 2019, to Sunday with HUD rules and regulations.

Authority Board Chairwoman Melissa Terry said a budget item for the contract will be on the next meeting agenda. She talked about using unspent money from vacant positions for finance manager and executive director to cover the cost.

Turner said that his first task will be to establish trust among staff members, board members, residents and himself. The goal will be to move the agency forward in the same direction, which is providing stable and safe housing for low-income and disabled residents.

Turner said he has done similar work at housing authorities across the country. The problems the city's Housing Authority is facing are not unique and likely are the result of not "papering" correctly, he said.

Creating a development nonprofit, as the authority did, is a legal tool that can be used to create affordable housing, Turner said. But the complexities of intermingling public and private dollars and ensuring everything is accounted for correctly can get "weird," he said.

"I cannot believe, nor will I ever believe, that this was meant as a nefarious action," Turner said. "I do think -- and I have spent 20 years helping housing authorities moving forward, including up and down in our own state -- these things happen."

The authority operates three public-housing properties with 200 units and manages a fourth with 52 units under the federal Rental Assistance Demonstration program. It also manages a housing voucher program. It gets most of its money from the federal government.

HUD's letter made 20 financial and operational records requests pertaining to the authority and its development nonprofit, FHA Development. It gave the authority an Aug. 30 deadline to fulfill the requests.

Commission member Kris Paxton said he wished he had more time to review the contract but recognized the urgency of the situation. He said he welcomed Turner's services. It was Paxton's first meeting with the board.

"It does sadden me that the first item that I do as a commissioner is voting on a contract for an agency stabilization plan, but that's the situation that we see," Paxton said.

Terry said she wanted to bring on Turner so staff members can focus on day-to-day operations and work on reports associated with collecting federal Emergency Rental Assistance program money from FHA Development tenants. The development nonprofit is looking at about $235,000 in unpaid rent from tenants related to inability to pay because of the coronavirus pandemic, she said.

FHA Development owes the regular housing authority either about $61,000 or $105,000. HUD is still considering whether to award FHA Development more than $40,000 in federal grant money to move residents from the Hillcrest Towers public housing complex in 2019 to the development nonprofit-owned Hi-Way Inn property.

Over the past three years, FHA Development began buying properties, including the former Hi-Way Inn, with the intention of renovating them for low-income residents. The FHA Development board in June decided to sell or relinquish ownership of the properties, which included four apartment complexes, to recoup financial losses from the purchases. Terry said at the time that the pandemic caused banks to pull their financing and residents couldn't pay rent to keep the projects solvent.

The FHA Development board has the same membership as the regular authority board, except for one member.

Strife among board members, staff members and tenants brewed over the past several months concerning financial issues and toxic working relationships. The turmoil came to a head in a February meeting in which tenants and former staff members lodged complaints against former Executive Director Angela Belford. The board subsequently fired Belford and put Berry, who had been the deputy director, in her place.

The board went into executive session for about 35 minutes to discuss Berry's employment. The four of five members in attendance returned and said they accepted Berry's resignation as presented. Commission member Kristen Scott was absent, and Berry did not attend the meeting, which was held online.

Terry said the leadership role after Berry's departure will be discussed at a future board meeting. The board has been searching for a permanent director since Belford's firing in March.