No deadlines yet for redistricting, audience is told 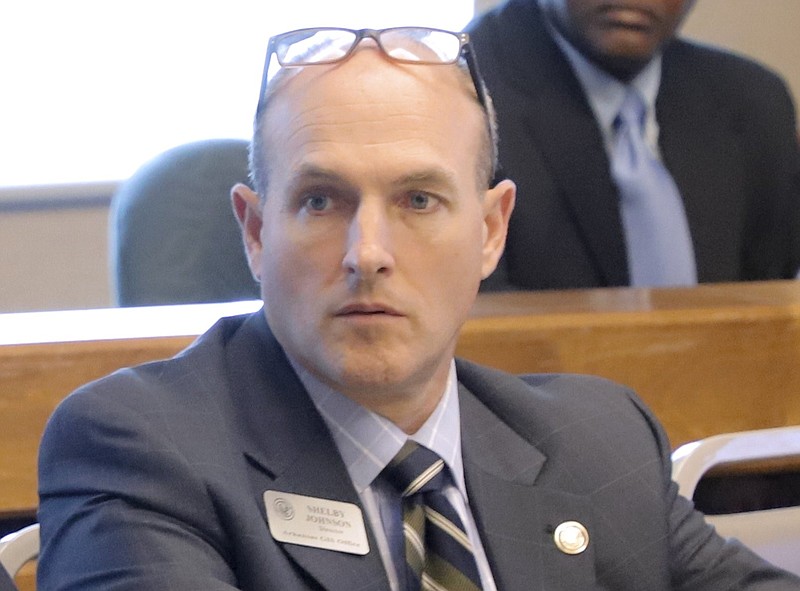 Members of the state Board of Apportionment hope to start on redistricting as soon as possible, but exact deadlines are something they can't guarantee in this unique situation, officials told the public Thursday night.

The board, which will redraw legislative districts, is almost ready to begin the process after unveiling actual 2020 census data this week, Shelby Johnson, geographic information officer for the Arkansas Geographic Information Systems Office, said at a board-sponsored meeting at Arkansas State University in Jonesboro. The public meeting was the latest in a series around the state in recent weeks.

"We have been diligently working on putting this out to the public," Johnson said at the meeting. "We are almost ready to begin our work in earnest."

Betty Dickey, coordinator of the Board of Apportionment and former Arkansas chief justice, told the audience that she hopes the board can get maps drawn by October. She said she wanted to be able to present the maps to the public before the board members -- Gov. Asa Hutchinson, Secretary of State John Thurston and Attorney General Leslie Rutledge -- vote on the final product.

"We want to get all the information and input before the final decision and final vote," she said.

Census results, which usually are delivered months earlier, will be used by the Board of Apportionment to redraw legislative districts. Over the past couple of months, the board has been using 2019 census data for projections until the 2020 data was released.

"The pandemic hit and it became a major factor, an exclusive factor, in the delay of the delivery of the 2020 census data," Johnson said.

The data showed that cities and counties throughout the Delta took some of the largest population hits, but Craighead County was one of the exceptions in northeast Arkansas.

Dickey told those at the meeting that people affiliated with the board would like to have another series of public meetings once the maps are drawn, but that is not something she can guarantee.

"It has been a challenge to schedule these nine hearings," she said. "It won't be easy and that is the reason why I can't say we can finish this in two weeks and be back on the road. We just don't know."

Mark Pryor, former U.S. senator, state attorney general and state lawmaker, spoke at the meeting about the importance of avoiding racial gerrymandering, compacting the districts and preserving county lines. He said he understood the pressure the board members were under, but he wanted them to do what is right, not what is the quickest.

"Voters should pick their leaders. Leaders should not pick their voters," he said receiving applause from the crowd.

Dickey said she agreed with Pryor and that they want to be as transparent as possible.

"Sen. Pryor, it almost sounds like you are running again," she said with a laugh.

Print Headline: No deadlines yet for redistricting, audience is told