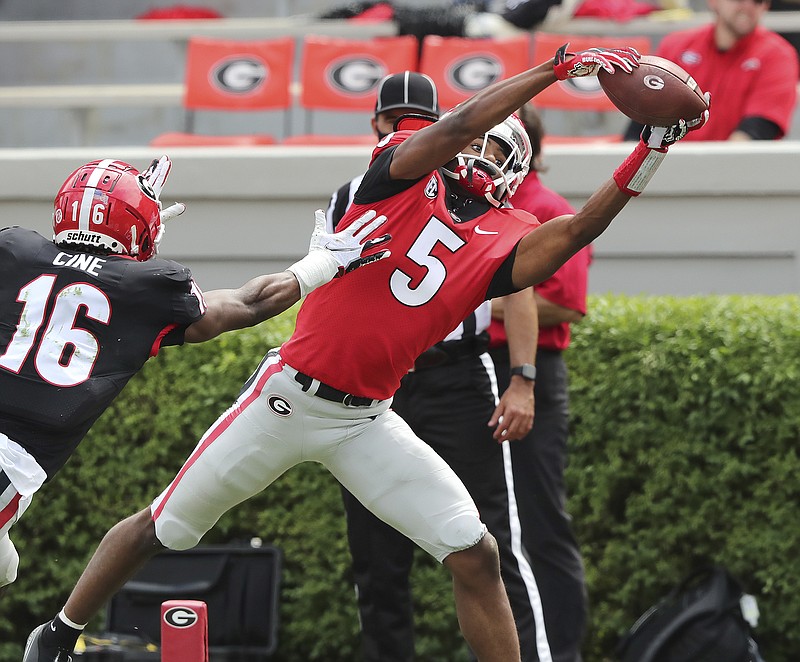 FILE - In this Saturday, April 17, 2021 file photo, Georgia wide receiver Adonai Mitchell catches a touchdown pass past defensive back Lewis Cine during Georgia's spring NCAA college football game in Athens, Ga. They are young men who are often household names before they've done anything to warrant such attention beyond dominant high school careers. Mitchell. made a splash with seven catches for 105 yards and a touchdown in Georgia's G-day spring game, and looked fast in the process(Curtis Compton/Atlanta Journal-Constitution via AP, File)

Ga'Quincy McKinstry not only arrived at defending national champion and preseason No. 1 Alabama with a reputation as a lockdown cornerback, but also with a nickname: Kool-Aid.

It's even how he's listed on the Crimson Tide roster.

McKinstry is just one example of blue-chip high school standouts who arrived on campus -- many last spring -- with accolades and expectations to match.

Defensive end Jack Sawyer is at Ohio State and already tooling around Columbus in a loaded Chevy pickup he got as part of an endorsement deal from actor Mark Wahlberg's Chevrolet dealership.

And Sawyer, regarded as the top recruit in Ohio, hasn't played a snap in a live game in well over a year after sitting out last season because of the pandemic.

Here are just some of the freshmen facing high expectations to watch in 2021: 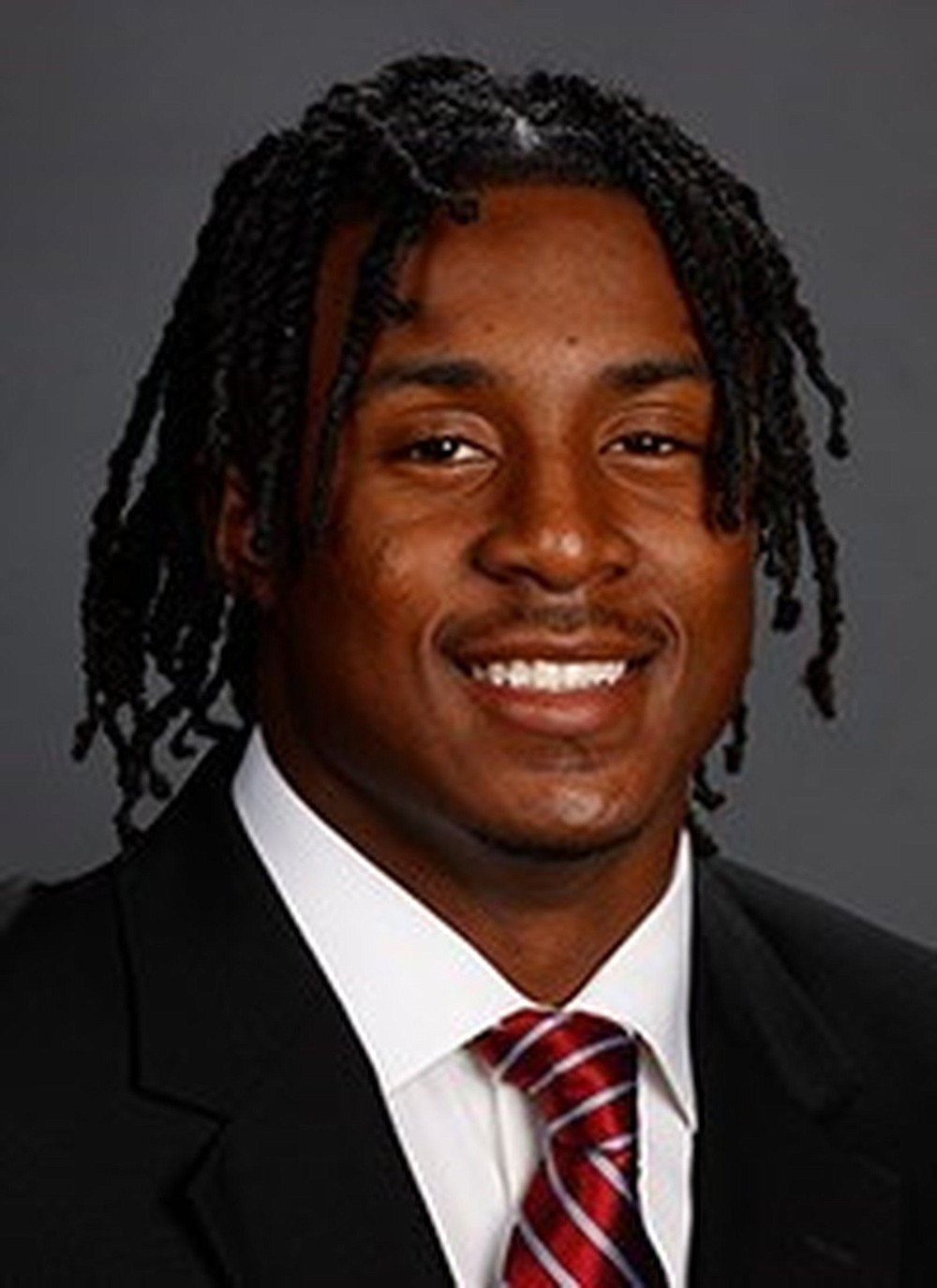 McKinstry may be too talented to keep off the field for a defense replacing first-round NFL Draft pick Patrick Surtain II. "Kool-Aid" (he just struck an endorsement deal with the beverage maker ) is 6-1 and 180 pounds and will likely compete for early playing time with no real experienced starting cornerback listed opposite of Josh Jobe. He also practiced with the SEC champion basketball team some last season after enrolling early and planned to play both sports.

"He is what we thought he was, but I thought he was more physical." defensive coordinator Pete Golding said. "I think with any freshmen that's very talented -- and Kool-Aid is no exception -- is still the same thing of the consistency."

Rated by some as the top high school football player in the country, and that's even though he sat out his senior season in the Columbus suburb of Pickerington because of the pandemic. Committed to the Buckeyes during his sophomore season, Sawyer is a 6-5 pass rusher who has added 30 pounds since arriving on campus, defensive line coach Larry Johnson said.

"Expectations are very high because he's a local guy, but I think he still has to get on the field and play," Johnson said. "He hasn't played football in almost a year and a half now, and spring football doesn't really count."

The 5-11, 200-pound five star recruit from Waddington, N.C., might already be the fastest guy on a team loaded with fast guys. He could eventually assume a role similar to that of Travis Etienne, the ACC Player of the Year in 2018 and 2019. Shipley has a hill to climb because the Tigers have depth, but could move up quickly.

He made a splash with seven catches for 105 yards and a touchdown in Georgia's spring game. With the Bulldogs facing questions at receiver, he could get a real shot early because some ahead of him on the depth chart are nursing injuries. LSU transfer Arik Gilbert, a former tight end, is not currently with the team.

Arrived in time for spring practice with the intention of changing the run-first culture for which the Ducks are known, and began making inroads on that quest right away. Had four catches for 93 yards in the spring game, and was cited by Coach Mario Cristobal for looking like a veteran by the time fall camp opened. At 6-2 and 170 pounds, he appears to be in line for a starting spot on the outside on a team loaded with freshmen talent.

At 6-4 and 265 pounds, he's known as a pass rusher first, but also works well in the running game. The former California prep star can beat a defender with quickness or power. Will have much to learn at the college level, but could make an impact right away being used as a designated pass rusher whose primary role is to get to the quarterback.