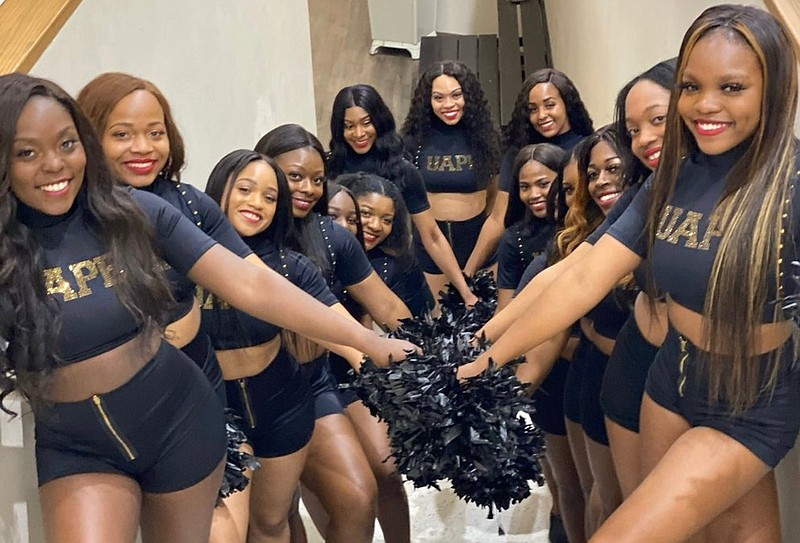 A UAPB spirit squad, shown here, announced that all 75 performers for the spirit squads have been fully vaccinated against covid-19. (Special to The Commercial)

The 2020-21 academic year offered plenty of uncertainty for athletic teams, spirit squads and bands across the country.

In the Southwestern Athletic Conference, traditional fall sports such as football, women's basketball and women's soccer were postponed until the spring semester due to the impact of covid-19. Aside from sports, most school activities at the University of Arkansas at Pine Bluff were shut down in an effort to control the spread.

UAPB's spirit squads faced a possibility of not participating in any events for an entire school year, something that had never happened in the 31 years Karen Blunt has served as the school's spirit coach.

"At least 30% of the team members tested positive for covid," Blunt said.

But 30 of UAPB's cheerleaders and pom squad members weren't completely shut out of action. Each of them fully vaccinated, according to Blunt, they got to cheer from the front row of end zone seats in Jackson, Miss., on May 1 for the SWAC football championship game, in which Alabama A&M University beat UAPB 40-33.

As the 2021-22 school year dawns, Blunt's spirit teams achieved a huge benchmark in hopes of avoiding another semester like last fall: All 75 of her performers are fully vaccinated.

Blunt's daughter, CeAnna, wasted no time taking the jab. CeAnna Blunt was the first UAPB student and spirit squad member to be vaccinated, according to her mom.

"I talked to each and every one of them about taking the covid shot," Blunt said, clarifying that she is not permitted to require her performers to be vaccinated as a condition of participation. "The NCAA came up with a rule that if you are 100% fully vaccinated, you don't have to be tested. So, I gave them a scenario: We can spend all this time and money on competing and we could have a positive test. If we don't take the shot, we get tested three times a week, and if you have a positive test, we're done. Do you want to be that person that keeps us from performing?"

Blunt said she explained the covid-19 crisis has resulted in "a new way of life" for protection against a potentially deadly disease that has gained strength due to recently discovered delta and lambda variants. A few team members quit, she said, concerned about the vaccine's effects.

"They were scared," Blunt said. "I told them, 'I'm scared of you. If you're not getting the shot, I'm scared that I'm going to spread covid to others.'"

Sophomore Tykari Humphrey, a pom squad member from Tulsa, didn't have to think twice about the shot.

Humphrey took last school year off from dancing amid the pandemic. Her mother, whom Humphrey said was against being vaccinated, died of a heart attack in her sleep in November.

And her maternal grandfather battled covid-19 and "almost didn't make it," Humphrey said, but has since recovered.

"It was up to me, because I took a year off from dancing," she said. "I knew it was important not to get sick and there was a chance that I could be sick, because Arkansas is No. 3 in covid cases."

As of Friday, Arkansas actually ranked fourth among states for active covid cases per 100,000 people with 76, following Mississippi at 120, Louisiana at 113 and Florida at 111, according to a chart from The New York Times.

But UAPB's cheerleaders are now leading a local charge for full vaccination with classes beginning Monday and football kickoff on Sept. 4 fast approaching.

"This team is a very big part of the university," Blunt said. "It's part of a recruiting effort to the university. We recruit some really good students." 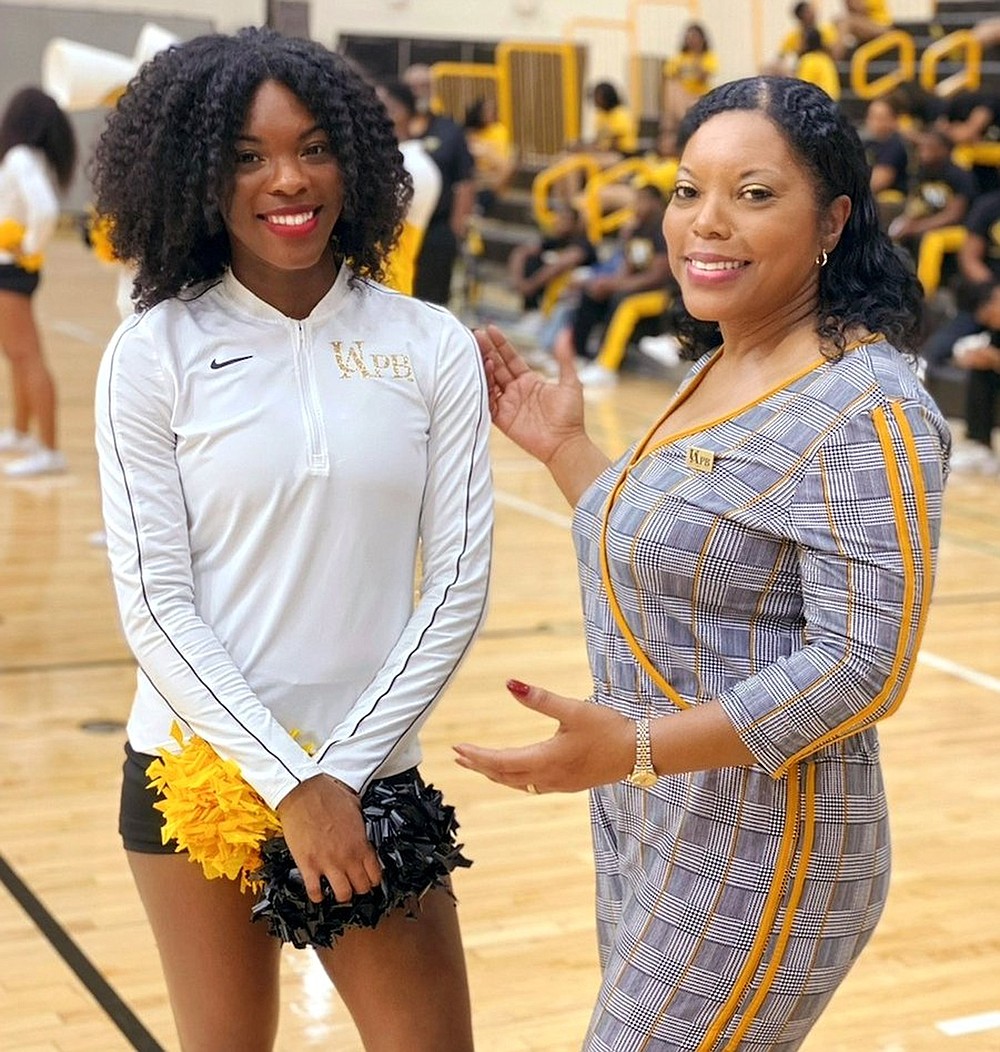 UAPB spirit squads Coach Karen Blunt (right) said her daughter CeAnna was the first student and team member at the school to be fully vaccinated. (Special to The Commercial)

CORRECTION: CeAnna Blunt's name was misspelled in a previous version of this story.