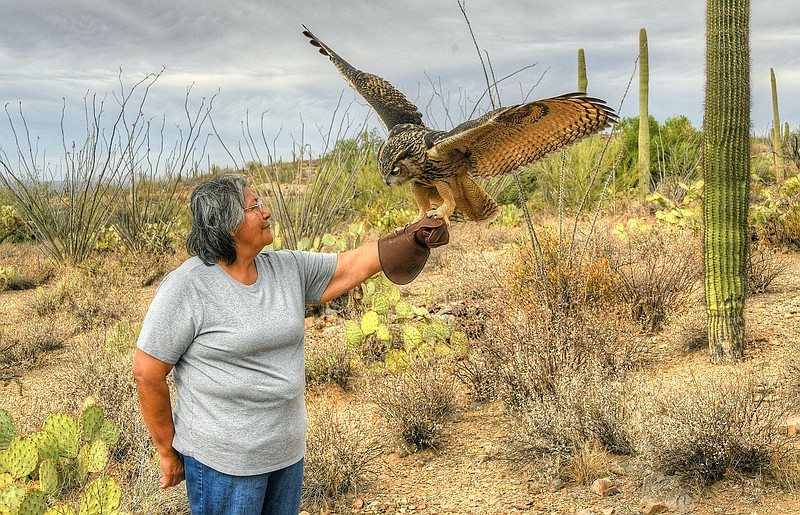 In Tucson, a fresh-air destination beloved for winter sun, old-school is news again: Birding is big, hiking is trending and parks are filled with nature-seeking tourists. And at the Tucson Museum of Art, ancient artifacts are getting a glow up. The museum unveiled the new Kasser Family Wing of Latin American Art in July 2020, showcasing thousands of works spanning more than 3,000 years.

Seeing Aztec and Mayan antiquities alongside contemporary pieces by Latino artists is a revelation, said Kristopher Driggers, the museum's Schmidt curator of Latin American art. "These ancient works aren't just remote vestiges of a long-ago civilization," Driggers said. "We have contemporary artists looking back at these ancient traditions and reinterpreting them."

The museum wing is part of lineup of new — or renewed — Tucson destinations now open to tourists. They're a welcome boost to an industry still in recovery.

"Arizona said 50% of people employed in tourism had lost their jobs at the darkest point in the pandemic," said Dan Gibson, senior director of communications for Visit Tucson. This year, Gibson added, he has been pleasantly surprised by the numbers. Hotel occupancy has been climbing, with year-to-date averages at 78% of 2019 levels, according to STR, a global hospitality data and analytics company.

Just a few blocks away from the Tucson Museum of Art is the new home of the Alfie Norville Gem & Mineral Museum, which reopened this July in the 1929 Spanish Colonial Revival-style Pima County Courthouse.

Arizona has a rich mining history, and Tucson has long been a pilgrimage destination for rock hounds and gemologists, who come from around the world for the annual Tucson Gem and Mineral Show (canceled this year, but on for 2022). In the new museum, people can admire a 410-pound silver nugget found outside Globe, Ariz., or browse meteorites scorched to size by the trip through the atmosphere.

And at the 98-acre Arizona-Sonora Desert Museum, a new raptor program puts visitors face to face — beak to nose, perhaps — with the great horned owl and the Sonoran-native ferruginous hawk, among other birds of prey. During sweltering summer weather, the hands-on raptor program takes place inside, but winter sends birds and visitors alike into the milder warmth of the desert landscape.

Tucson has welcomed an increase in accommodation options, too.

The Tuxon Hotel opened July 2020 in an overhauled 1969 motel. Cabanas flank the original boomerang-shaped pool, and the hotel's 112 rooms have been updated with Southwestern flourishes. Guests can borrow a set of wheels from the hotel's free-to-use bike fleet and set out to explore the Chuck Huckelberry Loop, a 131-mile network of shared-use trails (for people on foot, bikes, skates and horses). The system links parks, outdoor art displays, bus routes, and hiking and biking trails, along with schools and commercial areas. 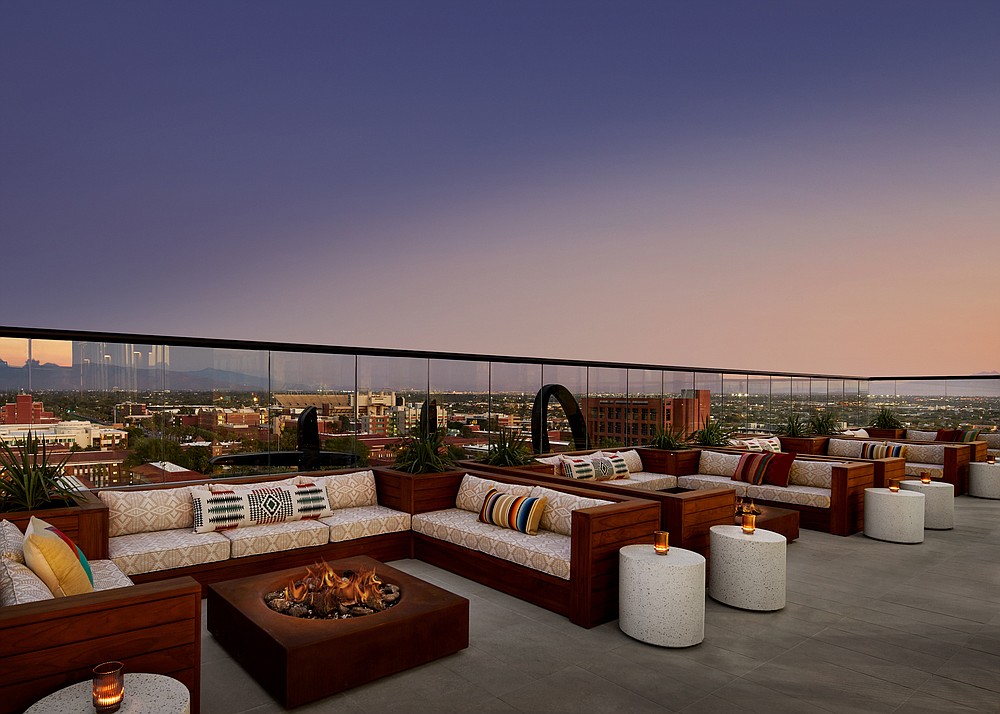 The rooftop at the Graduate Tucson. The 164-room hotel opened in October on the University of Arizona campus. (The Washington Post/David Mitchell)

Opened at the University of Arizona in October, the 164-room Graduate Tucson has a rooftop bar with a pool, fire pits and views of Mount Lemmon. The hotel's oversize cactuses and woven blankets are in keeping with a desert theme, and there are retro UFO lamps in the guest rooms.

With the Santa Catalina Mountains as a dramatic backdrop, Hilton's El Conquistador Tucson splits the difference between downtown and the desert. In October, the hotel added a spa with treatments that run from classic massages and facials to a $160 singing bowl therapy session that promises to harness your body's "vibrational and material properties."

And this fall, the Citizen Hotel is slated to open with 10 guest rooms in the 1913 building that once housed the now-defunct Tucson Citizen newspaper. Family-owned Sand-Reckoner Vineyards will blend and bottle its wines in the hotel's 5,000-square-foot cellar, which is lined by volcanic stone quarried just beyond the city limits. Hotel guests are invited to complimentary wine tastings; anyone can stop by for a glass in the lobby bar.

Apropos of gustatory delights, in 2015, UNESCO named Tucson a Creative City of Gastronomy, making it the first U.S. city to receive that designation. The tourist board crows that it has the best 23 miles of Mexican food found north of the southern border. Creative openings have continued during the pandemic, notably Barrio Charro, a casual collaboration between Tucson baker Don Guerra and chef Carlotta Flores, and chic market-cum-restaurant Flora's Market Run.

Enduring foodie highlights prove that not everything is up for reinvention. For the city's must-try Sonoran hot dogs — a bacon-wrapped confection topped with beans and salsa — visitors still head to BK Tacos or the James Beard Award-winning El Guero Canelo.