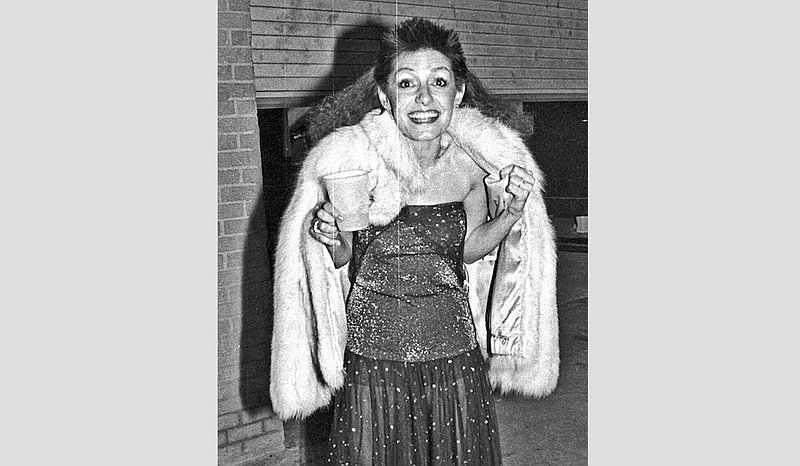 Connie Hamzy, Arkansas’ most famous rock ’n’ roll groupie, poses Nov. 29, 1985, at Barton Coliseum in Little Rock before a KISS concert. Hamzy, who was made famous in the Grand Funk Railroad song “We’re an American Band,” died Saturday at the age of 66. (Submitted photo/Art Meripol)

By all accounts, Connie Hamzy died Saturday at the age of 66. The funeral home didn't want to be quoted.

They said get details from the family. But Hamzy's parents preceded her in death, and she was an only child.

More distant relatives said they heard it through social media.

"Connie was a character," said Rita Ann Lawrence of Heber Springs, Hamzy's cousin. "She was very colorful. She was always in the news."

Hamzy had Grand Funk Railroad to thank for her fame.

She's mentioned in the first verse of their defining anthem "We're an American Band":

Out on the road for forty days

Last night in Little Rock put me in a haze

She had the whole show and that's a natural fact

Released in 1973, the song "We're an American Band" rose to No. 1 and remained on the Billboard chart for 17 weeks.

In her later years, Hamzy could be seen around Little Rock wearing a T-shirt that read "Grand Funk'd."

According to her voter registration information, Hamzy was born on Jan. 9, 1955.

Her mother, Joetta B. Hamzy of Little Rock, died in 2014 at the age of 85, according to her obituary. Connie's father, Conti Hamzy, was from Sicily, said another cousin, Wendell Boydston of Kansas City, Mo.

A marker in a Little Rock cemetery indicates W.L. Conti Hamzy died in 1984 at 64 years old.

"I met her in my teenage years, back in the Sixties," Jones wrote on the show's Facebook page. "My girlfriends and I went to all the concerts back then. Most of them at Barton [Coliseum], a few at Robinson [Auditorium]. We always wanted to get there as early as possible, hoping to meet the bands and get a few autographs. We depended on our parents to drop us off so it took some fang-dangling on our part. Connie would already be there when we arrived and then disappear, ending up backstage. We wondered how she did it. Ah the innocence. I guess you could say we were teeny boppers. She was a real groupie."

Later, in the 1980s, Hamzy was a grade-school substitute teacher for Jones' children.

"They had no complaints, but the school board did," Jones wrote. "Once they found out who she was, they let her go. That really hurt her. She loved children and was quite good with them."

She published a memoir in 1995 titled "Rock Groupie: Intimate Adventures of 'Sweet Connie.'"

Michael Hibblen, the news director at KUAR, said he used to run into Hamzy on Sunday afternoons at Town Pump in Little Rock.

"She would sit there at the bar at The Town Pump and openly share her escapades with rock stars," said Hibblen. "She'd give all kinds of graphic details. ... She wasn't shamed by it in later life. She still had fun telling those stories."

Art Meripol was a photographer for the Arkansas Gazette in the 1980s. He ran into Hamzy at many concerts where he was shooting photos.

"I think what gets lost in talking about Connie is how much she truly loved the music and musicians," he said. "She had a sense of childish glee at every show, as though amazed she got to be there."

Kelley Bass, who was a reporter for the Gazette in the 1980s, said Hamzy asked him to write her biography. But after reading a couple of her diaries, he decided against it.

He said Grand Funk Railroad played at Robinson Auditorium years after the American Band album, but they didn't want to have anything to do with Hamzy by that time. Bass said they should have let her at least walk onto the stage and wave just before they launched into "We're an American Band."

Along the way, Hamzy ran unsuccessfully for Little Rock city director, was fined $50 for wearing a thong bikini at Murray Park and claimed a former governor, who later became president, had gotten handsy with her.

She also made a baby bib that won a second-place red ribbon at the Arkansas State Fair.

On June 25, Hamzy was spotted outside the Old State House grounds in Little Rock listening as a band played for invited guests at a private reception for the exhibit "Play It Loud: Concerts at Barton Coliseum." After the first hour, everyone was invited in. 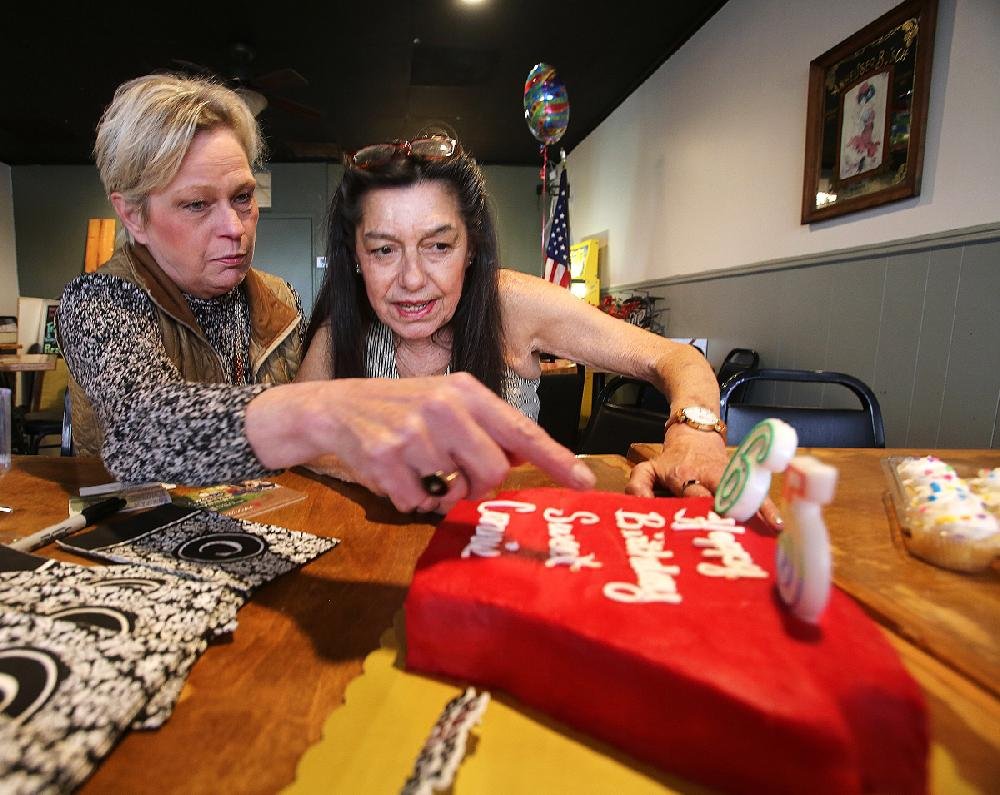 "Sweet Sweet" Connie Lee Hamzy (right) looks at her birthday cake with her friend Patricia Davis on Thursday, Jan. 9, 2019, at Grady's Pizza and Subs in Little Rock. Hamzy, the well-known groupie who was mentioned in the lyrics of Grand Funk Railroad's song "We're an American Band," turned 65 on Thursday. (Arkansas Democrat-Gazette/Thomas Metthe)