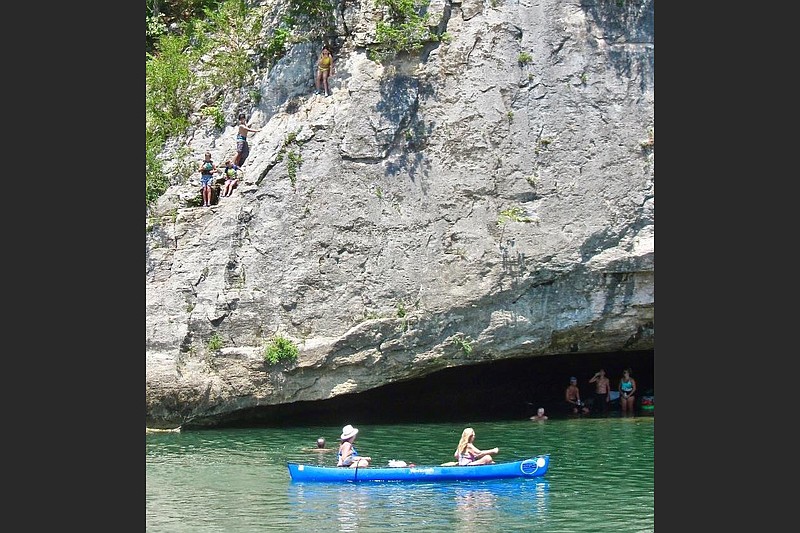 An eastbound canoeist paddles past Buffalo River cliffs at Grinder’s Ferry. (Special to the Democrat-Gazette/Marcia Schnedler)

GRINDER'S FERRY — On a sunny Saturday afternoon in August, flocks of families are splashing in a Buffalo National River swimming hole that offers the bonus of a quick lesson in geology.

It's a safe bet that learning a bit about this spot's remarkable rock formations is off the radar for about all the folks merrily jumping from a cliff into the water or relaxing beside pulled-out canoes on the bank.

The fun-seekers of all shapes and sizes are cooling off at Grinder Hole, in sight of the U.S. 65 bridge that replaced the ferry across the Buffalo in 1929. The waterway, designated by Congress 49 years ago as America's first national river, may be the Natural State's foremost natural treasure.

A canoe float is the trademark leisure activity on the Buffalo National River, with spring or early summer typically prime time for paddling. But there's abundant good swimming as well, either while taking a break during a canoeing or kayaking venture, or as a laid-back pursuit in itself.

At Grinder's Hole, a bluff rises 50 feet above the north bank. Swimmers can enter the shallow cave at the base of the bluff. As mapped out in Kenneth L. Smith's Buffalo River Handbook, the cave contains the geology lesson: "At the back is greenish thin-layered Cason Shale (Ordovician); this is the only place to see the Cason on the river."

Translated for the layman, this green-hued shale is estimated to be 450 million years old. That's about as ancient as any rocks in Arkansas. There are also layers of limestone dating to the Silurian era, which followed the Ordovician — so long ago that dinosaurs were still something like 200 million years in the future.

Grinder's Ferry, some 110 miles north of Little Rock, is among the busiest swimming spots on the Buffalo River. The waterway boasts an array of such pleasant pools (or holes, as they are commonly called around here).

Two miles downstream from Grinder's Ferry comes another lesson — this one in human history — at the village of Gilbert. This speck of a community, population 28, began as a railroad camp in 1902. The Gilbert General Store is listed on the National Register of Historic Places under the name Mays Store. Its hodgepodge of merchandise on dusty shelves makes for nostalgic browsing. 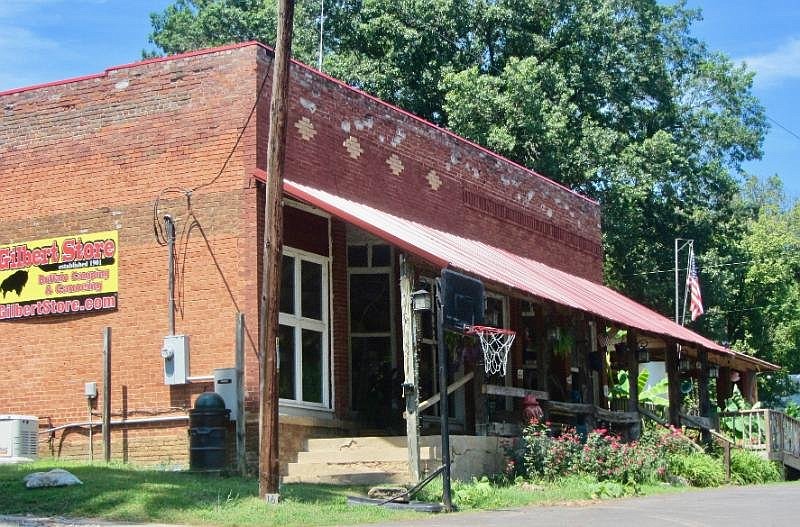 Gilbert General Store stays in business in a town of 28 residents. (Special to the Democrat-Gazette/Marcia Schnedler)

A mile north of the U.S. 65 bridge, Ferguson's Country Store and Restaurant measures up to its slogan of "home-cooked meals with a flavor of the past." It also sells furniture. Nearby Coursey's purveys touted smoked meats and sandwiches.

To get a fuller sense of history along the Buffalo, the place to begin is Tyler Bend Visitor Center, on a side road near the river's south bank off U.S. 65. That can be followed by stops toward opposite ends of the park at Rush Historic District and Big Buffalo Valley (aka Boxley Valley) Historic District.

Tyler Bend exhibits detail the story of the Buffalo National River. Topics include recreation, the establishment of the park, prehistoric and pioneer history, flora and fauna.

Black-and-white photographs show the rough-hewn circumstances in which pioneering residents lived. More blissful is a copy of a Thomas Hart Benton painting. 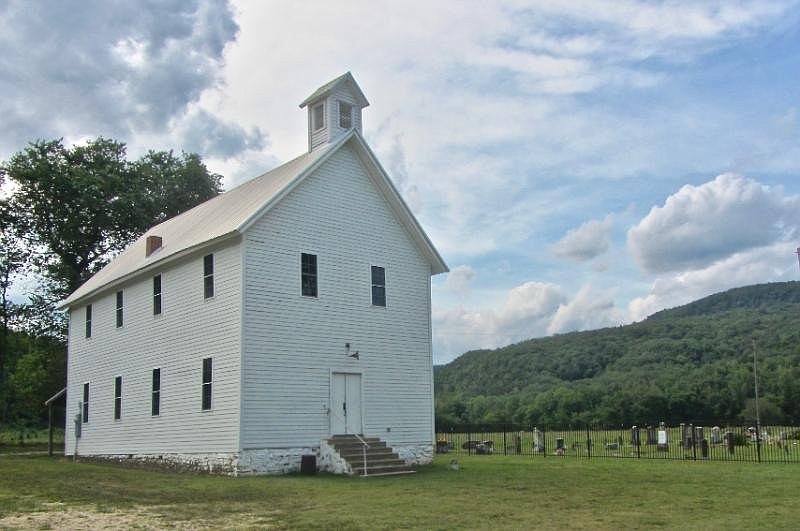 Near the national river's east end in Marion County, Rush Historic District is said to be the only visible ghost town west of the Mississippi River and east of the Rocky Mountains.

Its boom years, which faded after World War I, stemmed from the mining of zinc. What makes a visit evocative today is the ramshackle structures built in the town's heyday.

More idyllic is Big Buffalo Valley Historic District in Newton County, near the national river's western boundary. Also called Boxley Valley Historic District, it is a likely place to spot elk in roadside meadows soon after sunrise or before sunset. It is also the setting for scattered family farms allowed to continue operation after 1972. The mood here is as bucolic as Grinder's Ferry's is bustling.