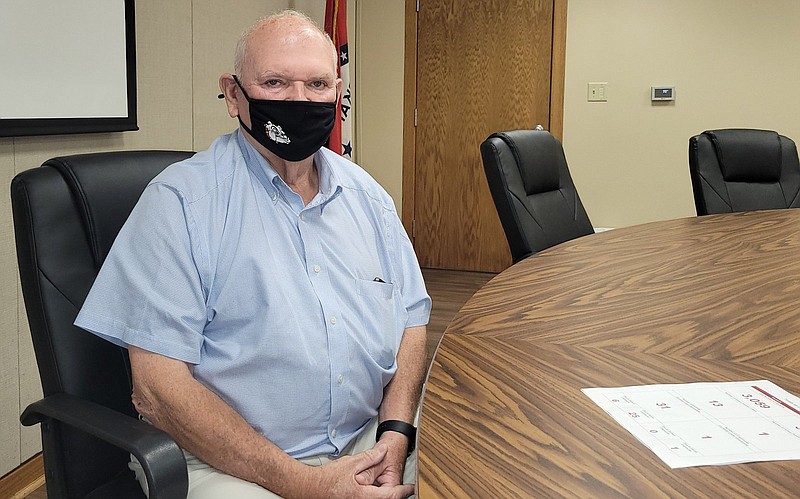 The mother of four White Hall School District students, Laura Golden says she doesn't have a problem with anyone supporting the district mask mandate, even though some oppose her stance against it.

"I in no way want children to get sick -- teachers, children, faculty, parents -- anybody to be sick. Nobody wants that," Golden said. "I do, however, want our rights to be respected as parents in choosing things for our children that we should be at liberty to choose, not forced. I am not against masks. I am just against children being forced to wear them."

Golden organized a petition of almost 100 signatures from registered voters in the district for a special school board meeting to nullify the mandate from Superintendent Doug Dorris, which the board unanimously approved during an Aug. 10 regular meeting. At least 50 qualifying signatures are required, under state law.

Dorris said the special meeting will likely be held next week at a date to be finalized, adding the district must wait five business days after receiving the petition to hold the requested meeting. The district received the notarized petition Monday morning, he said.

Those interested in speaking for or against the mandate at the special meeting must submit a request to dorrisd@whitehallsd.org by Friday to be added to the agenda.

Golden said she organized the petition because parents were originally informed the district would start off the school year without the mandate and parents would be given the choice whether to have their children wear masks.

Dorris said during the Aug. 10 district board meeting he "hated" to mandate masks, explaining he had planned to "strongly recommend" them but changed his mind after seeing alarming data regarding covid-19 cases and related deaths.

"Anytime you have major decisions like what we have right now, you have pros and cons," Dorris said Tuesday. "The whole United States has an idea of how to control things."

A sharp rise in covid-19 cases this summer led superintendents across Arkansas to challenge a law that went into effect July 28 and prevented local entities including school districts from requiring masks.

Golden said that parents in the district were unaware a mask mandate would be considered at the Aug. 10 meeting. A notice sent to The Commercial more than 3 hours before the meeting included an agenda that listed "Consideration of Mask Guidance for 2021-2022 school year," at which point the board approved the mandate.

"So, around 9 o'clock that night, we get a text from the district, stating that the board had voted for a mask mandate, which affected all students, teachers, all of that," Golden said.

Golden said her children -- two in high school and one each in middle and elementary schools -- are wearing masks because the district requires them to, but she also made a case against masks.

"One of my concerns, as a parent, is that the mask these kids are wearing, they get dirty," she said. "They get soiled. There have been lab studies done where pathogens are found in masks where kids can get sick. They cause bacterial infections.

"The second part of that for me was my fifth-grader not seeing his teacher's mouth in reading. He got a little behind in reading because of that. I truly believe that's why."

Golden added she felt "put off" in recent discussions with Dorris when she asked to have the mandate discussed at the Sept. 14 regular board meeting and to conduct a survey ahead of the Oct. 12 regular meeting, giving more cause for her decision to drive the petition. Dorris said on Aug. 10 that the mandate would be in effect for 60 days and would be reviewed at the Oct. 12 meeting, 63 days after it was enacted.

"Just being put off the way we were and feeling like we were in the dark, we want our voices heard on either side, and that's where people are getting angry with me. I respect everybody's opinion. If you think that all the kids should wear a mask, your voice should be heard as well. If you think it should be parent choice, your voice should be heard as well. We are taxpayers. This is a public school district, and when there's no city mask mandate in place, and these kids have been at the water park, played sports and all these activities over the summer without masks, why all of a sudden do they have to wear them in the classroom again?"

One reason Dorris stated for requiring masks is that it would help limit the number of students or staff members who would have to quarantine if exposed to covid-19.

"If I'm wearing my mask and everyone around me wears their mask, I don't have to be quarantined," Dorris said. "We had kids who missed over 30 days of school [last school year] because they were quarantined."

According to covid-19 data related to the district that Dorris provided, 31 students are under quarantine, with 25 as a result of being exposed to the disease at home. One teacher is quarantining as well and was exposed at home.

But then, he added, he learned of another district outside of Jefferson County not requiring masks that recorded 179 students under quarantine due to covid-19. The district, which Dorris declined to name, is larger than White Hall.

Dorris said he's received support from another group of district citizens for the mandate.

"It seems like it's working for the district, and the biggest thing is that we're not having to send all these kids home to be quarantined," he said. "That puts a hardship on families. That puts a hardship on what they do, especially, with young kids. It's really been surprising that the kids have adjusted to the mask without any trouble. 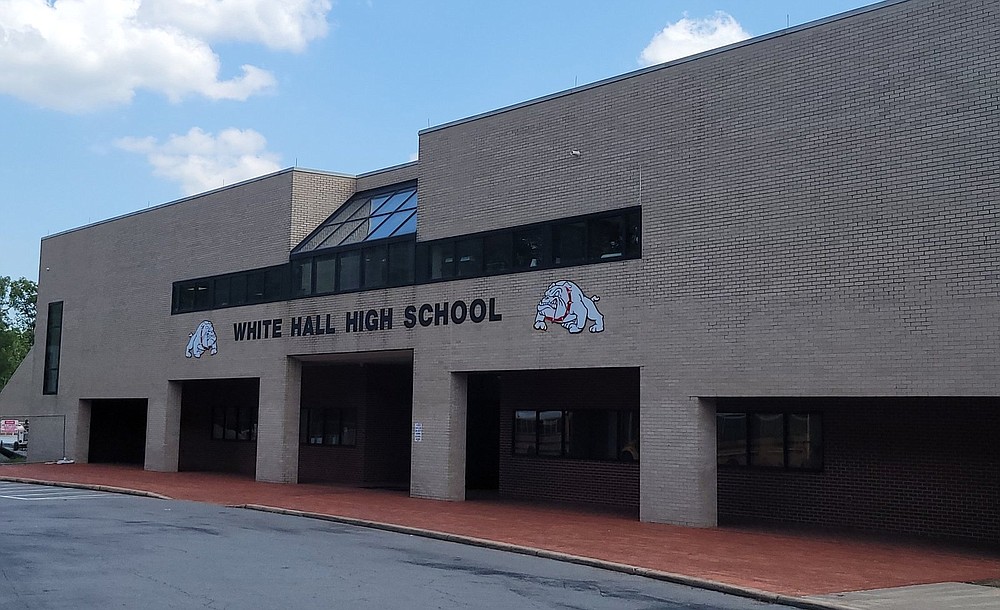