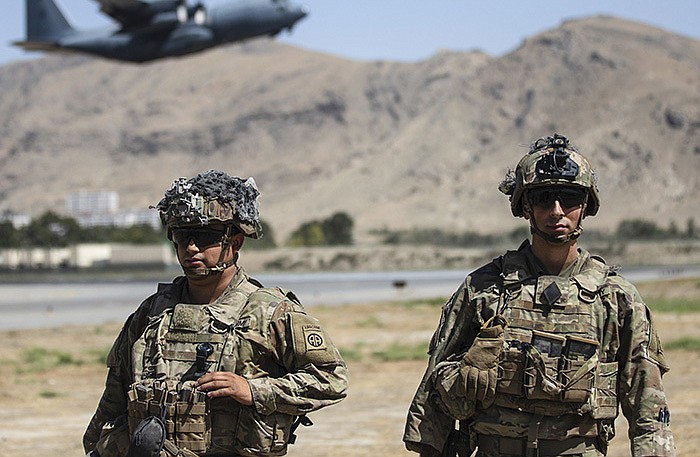 WASHINGTON -- Secretary of State Antony Blinken said Wednesday that as many as 1,500 Americans may be awaiting evacuation from Afghanistan, a figure that suggests the U.S. may accomplish its highest priority for the Kabul airlift -- rescuing U.S. citizens -- ahead of President Joe Biden's Tuesday deadline.

Untold thousands of at-risk Afghans, however, still are struggling to get into the Kabul airport, while many thousands of other Afghans already have been flown to safety in 12 days of round-the-clock flights.

On Wednesday, several of the Americans working the phones and pulling strings to get out former Afghan colleagues, women's advocates, journalists and other vulnerable Afghans said they have seen little concrete U.S. action so far to get those Afghans past Taliban checkpoints and through U.S.-controlled airport gates to promised evacuation flights.

"It's 100% up to the Afghans to take these risks and try to fight their way out," said Sunil Varghese, policy director with the International Refugee Assistance Project.

Blinken, echoing Biden's earlier declarations during the now 12-day-old evacuation, emphasized at a State Department briefing that "evacuating Americans is our top priority."

[Video not showing up above? Click here to watch » https://www.youtube.com/watch?v=HHBbdeo1gPU]

He added, "we're also committed to getting out as many Afghans at-risk as we can before the 31st," when Biden plans to pull out the last American troops.

Blinken said the State Department estimates that there were about 6,000 Americans wanting to leave Afghanistan when the airlift began Aug. 14, as the Taliban took over the capital. About 4,500 Americans have been evacuated so far, Blinken said, and among the rest "some are understandably very scared."

The 6,000 figure is the first firm estimate by the State Department of how many Americans were seeking to get out. U.S. officials early in the evacuation estimated that as many as 15,000, including dual citizens, lived in Afghanistan. The figure does not include U.S. green-card holders.

About 500 Americans have been contacted with instructions on when and how to get to the chaotic Kabul airport to catch evacuation flights.

In addition, 1,000 or perhaps fewer are being contacted to determine whether they still want to leave. Blinken said some of these may already have left the country, some may want to remain and some may not actually be American citizens.

"We are providing opportunity," White House press secretary Jen Psaki said of those Afghans, who include dual Afghan-American citizens. "We are finding ways to get them to the airport and evacuate them, but it is also their personal decision on whether they want to depart."

In Washington on Wednesday, Blinken emphasized that the U.S. and other governments plan to continue assisting Afghans and Americans who want to leave after Tuesday, the deadline for Biden's planned end to the evacuation and the two-decade U.S. military role in Afghanistan. "That effort will continue, every day, past Aug. 31," he said.

Gen. Tod Wolters, the head of the U.S. European Command says that so far more than 7,000 evacuees from Afghanistan have been flown to eight locations around Europe, mainly in Germany and Italy.

Wolters said Wednesday that 55 evacuation flights from Afghanistan have flown into Ramstein Air Base in Germany and three into Naval Air Station Sigonella in Italy. He says the flights carried nearly 5,800 evacuees from Kabul to Ramstein and 662 to Sigonella.

Smaller numbers of flights and people have gone to six other European locations, largely bases in Germany. Flights will soon be going into the base at Rota, Spain.

Wolters said there have been few medical or security problems. He said fewer than 100 individuals have needed additional medical screening, and of those fewer than 25 needed medical attention at the military hospital.

He said just 52 people have required additional security screening, and all of them were eventually cleared.

Wolters said evacuees are spending three to four days at the Europe transit stops before they move on. He said the plan is to move 1,500-1,800 people per day on to Dulles International Airport outside Washington.

U.S. troops are the main anchors for a multinational evacuation from the airport. The White House said the airlift overall has flown out 82,300 Afghans, Americans and others on a mix of U.S., international and private flights.

Biden said Tuesday that he had asked his national security team for contingency plans in case he decides to extend the deadline.

But Taliban leaders said they will not tolerate any extensions to the Tuesday deadline. They said they would allow normal commercial air traffic to resume when they assume control of the airport after Tuesday, but it's unclear whether airlines would be willing to fly into an airport controlled by the militants.

Refugee groups are describing a different picture when it comes to many Afghans: a disorganized, barely-there U.S. evacuation effort that leaves the most desperate to risk beatings and death at Taliban checkpoints. Some Afghans are reported being turned away from the Kabul airport by American forces controlling the gates, despite having approval for flights.

U.S. military and diplomatic officials appear to still be compiling lists of eligible Afghans but have yet to disclose how many may be evacuated -- and how, private Americans and American organizations said.

"We still have 1,200 Afghans with visas that are outside the airport and haven't got in," said James Miervaldis with No One Left Behind, one of dozens of veterans groups working to get out Afghans who worked with the U.S. military during America's nearly 20 years of combat in the country. "We're waiting to hear from the U.S. government and haven't heard yet."

Marina LeGree of Ascend, a U.S. nonprofit that worked to develop fitness and leadership in Afghan girls and young women, described getting calls from U.S. officials telling the group's interns and staffers to go to the airport for evacuation flights, only to have them turned away by American forces keeping gates closed against the throngs outside.

One Afghan intern who went to the airport with her family saw a person killed in front of them, and a female colleague was burned by a caustic agent fired at the crowd, LeGree said.

"It's heartbreaking to see my government fail so badly," said LeGree, the group's American director, who is in Italy but in close contact with those in Kabul.

U.S.-based organizations cite accounts from witnesses on the ground as saying some American citizens, and family members of Afghans with green cards still were having trouble pushing and talking their way into the Kabul airport for flights.

Kirby said the U.S. military will preserve as much airlift capacity at the airport as possible in the coming days, ahead of Tuesday's deadline. The military will "continue to evacuate needed populations all the way to the end," he said. But he added that in the final days and hours there will have to be a balance in getting out U.S. troops and their equipment as well as evacuees.

Two members of Congress are facing criticism and questions after their surprise visit to Afghanistan this week, which diverted resources from the U.S.' chaotic withdrawal, enraged military leaders and led House Speaker Nancy Pelosi to declare it not "a good idea."

Reps. Seth Moulton, D-Mass., and Peter Meijer, R-Mich., both military veterans, flew in on a charter plane Tuesday and were on the ground at the Kabul airport for several hours before flying out on a military plane.

They billed their "secret" visit as an effort to conduct congressional oversight of the Biden administration's handling of a rapidly deteriorating situation.

But it stunned State Department and U.S. military personnel. They said the resources needed to protect the congressmen detracted from the evacuation effort and raised the possibility that the lawmakers' flight out could have deprived seats to other Americans or Afghans looking to flee the country.

"The secretary would have appreciated the opportunity to have had a conversation before the visit took place," Kirby said during his briefing, referring to Defense Secretary Lloyd Austin. "They certainly took time away from what we had been planning to do that day."

The U.S. military found out about the visit as the legislators' aircraft was en route to Kabul, according to three officials familiar with the trip. The officials spoke on condition of anonymity to discuss ongoing military operations.

The congressmen now face criticism for showboating as politicians -- which they vehemently deny -- while adding needless confusion to a dire situation.

Their offices did not provide further comment Wednesday. But in a joint statement issued Tuesday night, Moulton and Meijer said they took seats that were already empty on their flight out and disputed suggestions that they made the trip to "grandstand."

"We came into this visit wanting, like most veterans, to push the president to extend the August 31st deadline," their statement read "After talking with commanders on the ground and seeing the situation firsthand, it is obvious that because we started the evacuation so late, no matter what we do, we won't get everyone out on time."

Back home, however, their effort received a chilly reception.

"This is deadly serious. We do not want members to go," Pelosi said Wednesday, while warning other lawmakers against following suit. "It was not, in my view, a good idea."

"They wanted to freelance on their own," Pelosi said. "I would not make anything bigger of this."

Striking a rare note of agreement, House Minority Leader Kevin McCarthy echoed Pelosi, saying his message to other lawmakers who want to visit Afghanistan is "not to go."

Members of Congress who want to take such a trip typically need permission from committee chairmen, but McCarthy and an aide said neither did.

Psaki said the administration was similarly not made aware of the trip.

"This is not the time to travel to Afghanistan," she said.

Poland and Belgium ended their evacuations from Afghanistan on Wednesday, but other European nations vowed to press on for as long as possible as the clock ticks down on the airlift.

European allies pressed Biden for more time but lost the argument, and as a practical matter, they may be forced to end their evacuations before the last American troops leave. Several countries have not said yet when they plan to end their operations, perhaps hoping to avoid yet another fatal crush at an airport, one of the last ways out of the country.

"Due to extreme tension on the ground ... and the scheduled departure of American forces, these evacuations are a true race against time," French government spokesman Gabriel Attal said Wednesday. He said his country's evacuation would likely end "a few hours, maybe a few days ahead" of the American departure.

With the deadline looming, Marcin Przydacz, a Polish deputy foreign minister, said Wednesday that Poland had evacuated its last group after consulting with U.S. and British officials.

"After a long analysis of reports on the security situation, we cannot risk the lives of our diplomats and of our soldiers any longer," Przydacz said.

A number of troops will remain briefly to wrap up operations, Przydacz said. Poland has used more than a dozen planes to carry hundreds of evacuees to Warsaw. Some later traveled on to other countries.

Hours later, Belgian Prime Minister Alexander De Croo said his country ended its evacuation flights carrying people from the Afghan capital of Kabul to Pakistan. The government made the decision "given the evolution of the situation in Afghanistan and in agreement with its European partners," he tweeted.

"Belgium will continue to repatriate to our country those people evacuated" in the days ahead, De Croo said. More than 1,100 people have been flown to Belgium in recent days.

The Czech Republic declared its own evacuation mission complete last week, and Hungary said it plans to end its operations soon. 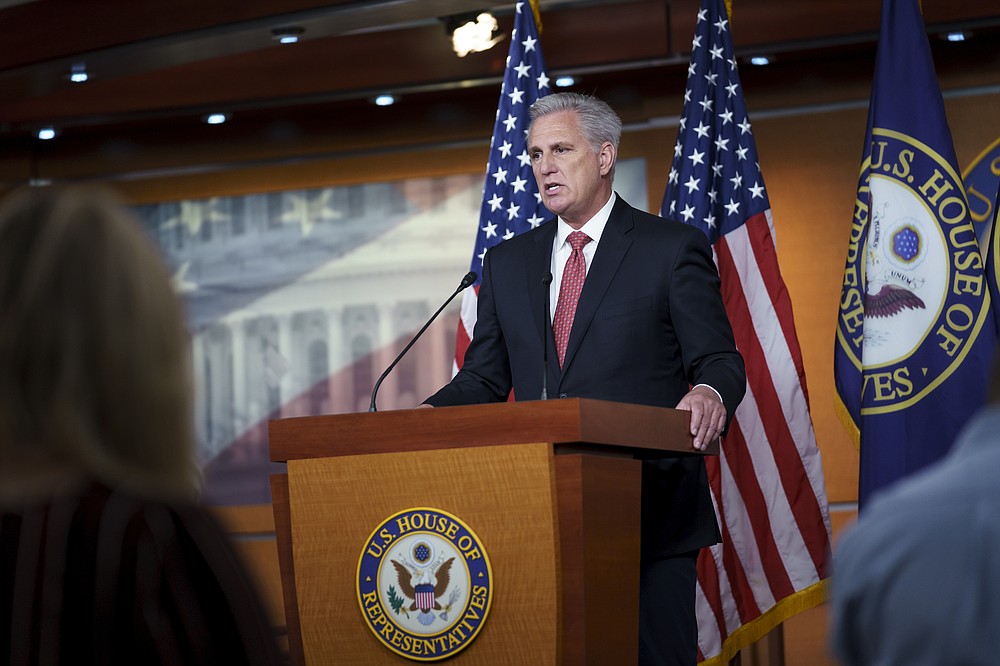 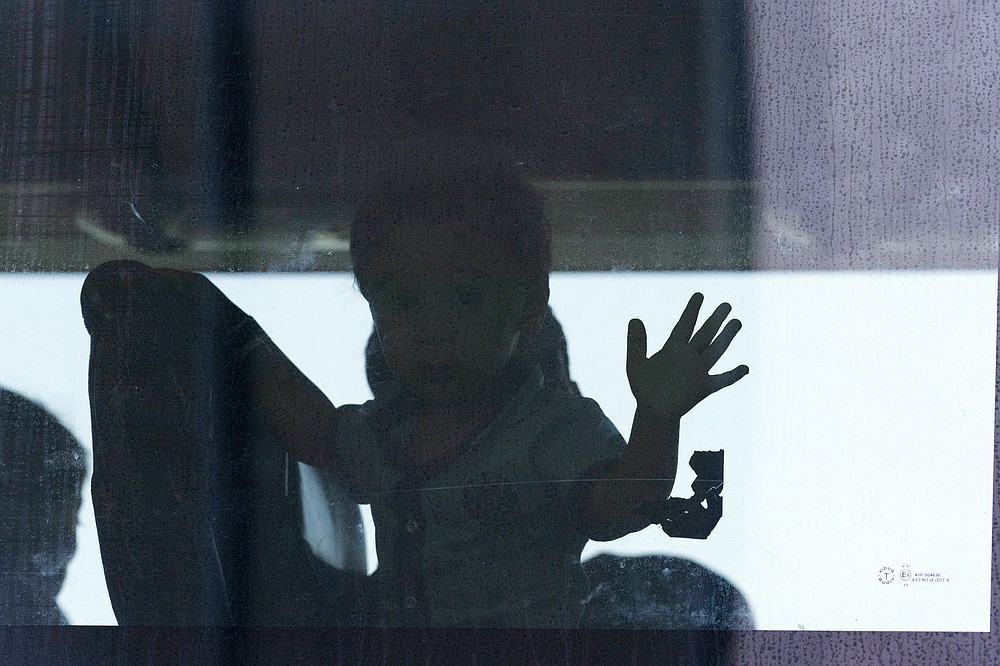 Children accompanied by their families evacuated from Kabul, Afghanistan, sit inside a bus after they arrived at Washington Dulles International Airport, in Chantilly, Va., on Wednesday, Aug. 25, 2021. (AP Photo/Jose Luis Magana) 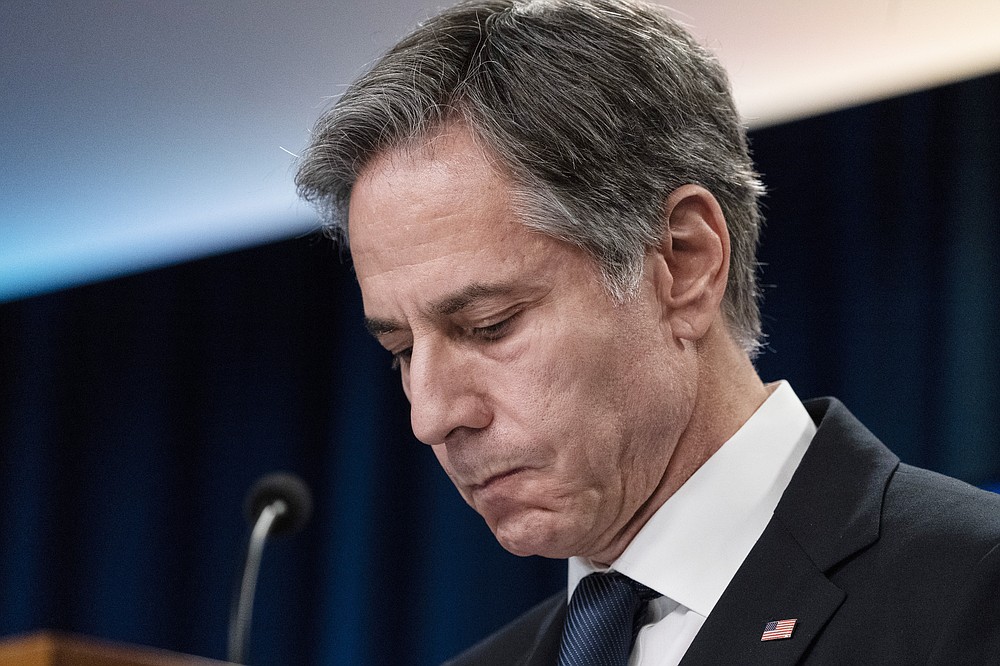 Secretary of State Antony Blinken pauses while speaking about Afghanistan during a media briefing at the State Department, Wednesday, Aug. 25, 2021, in Washington. (AP Photo/Alex Brandon, Pool) 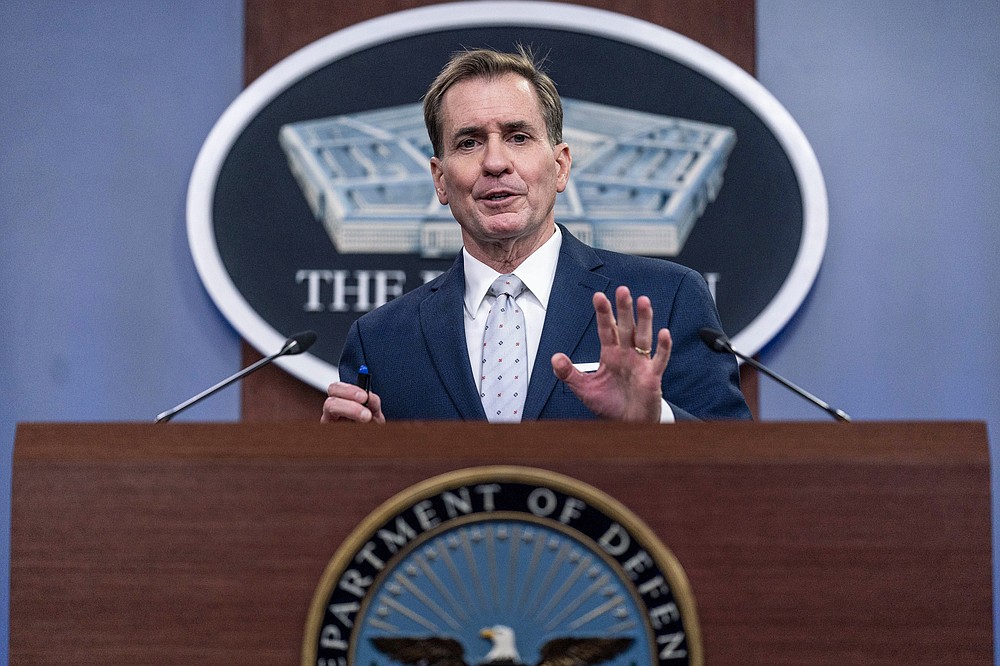 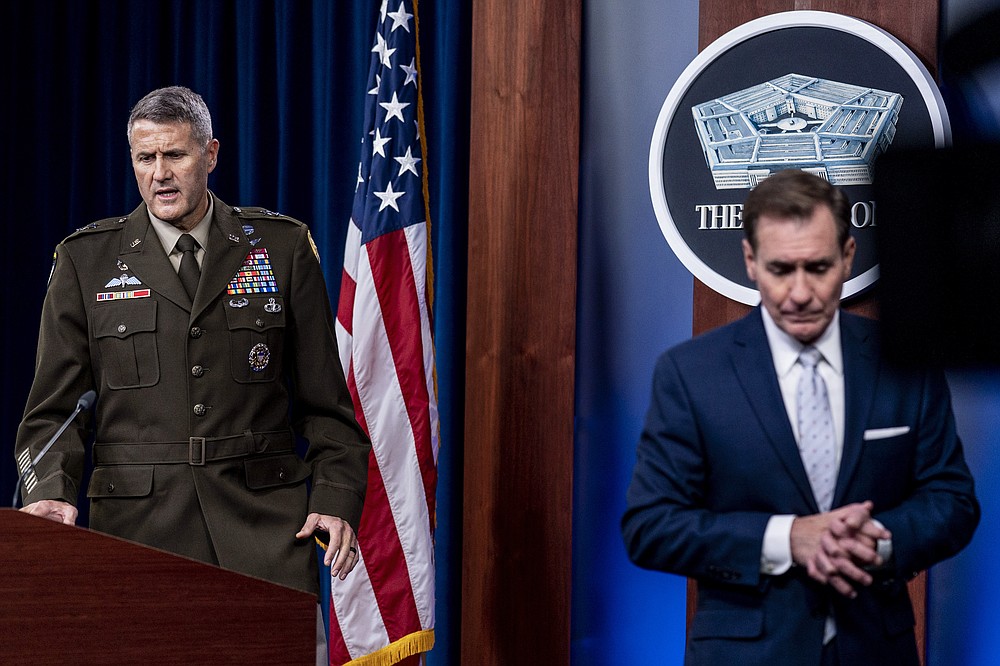 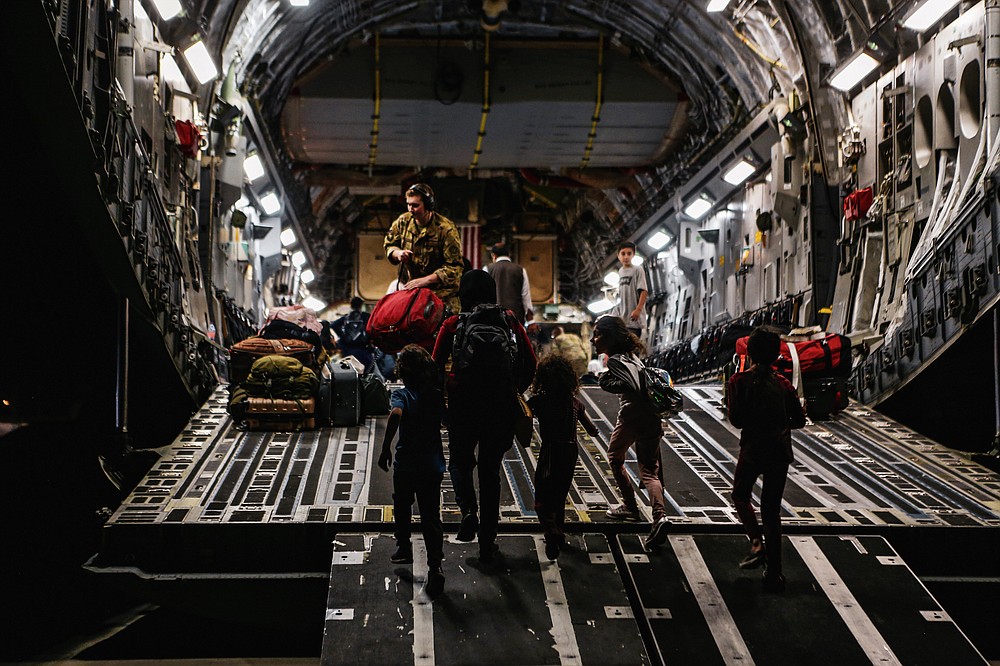 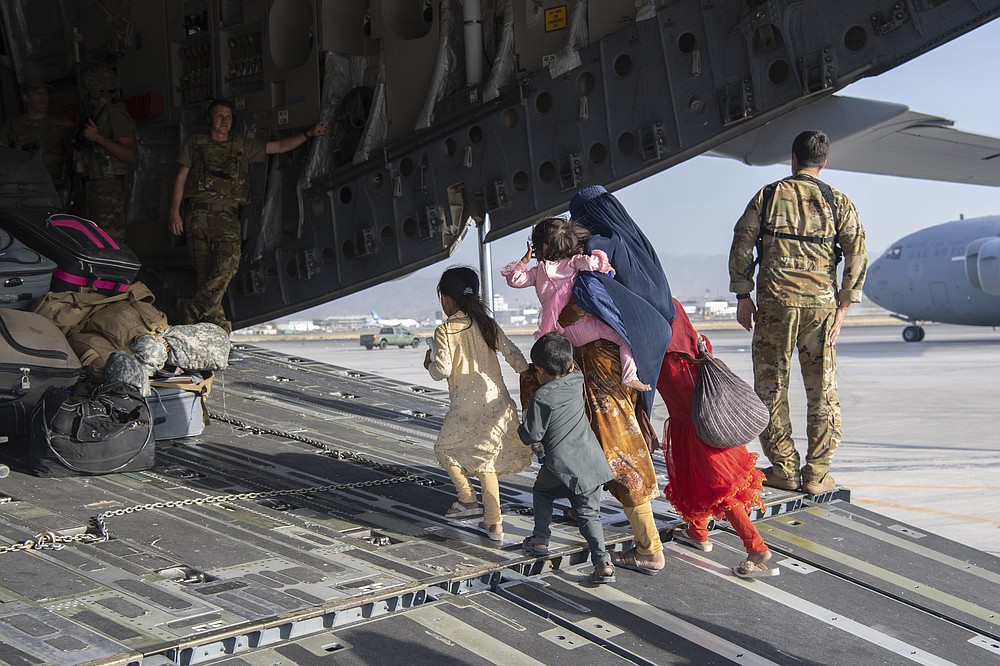 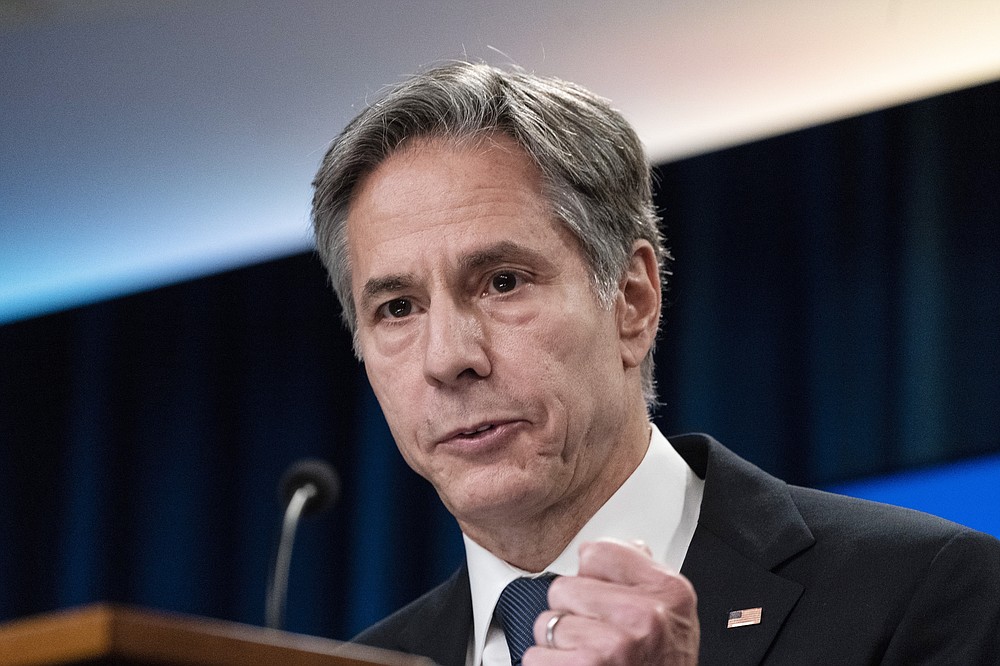