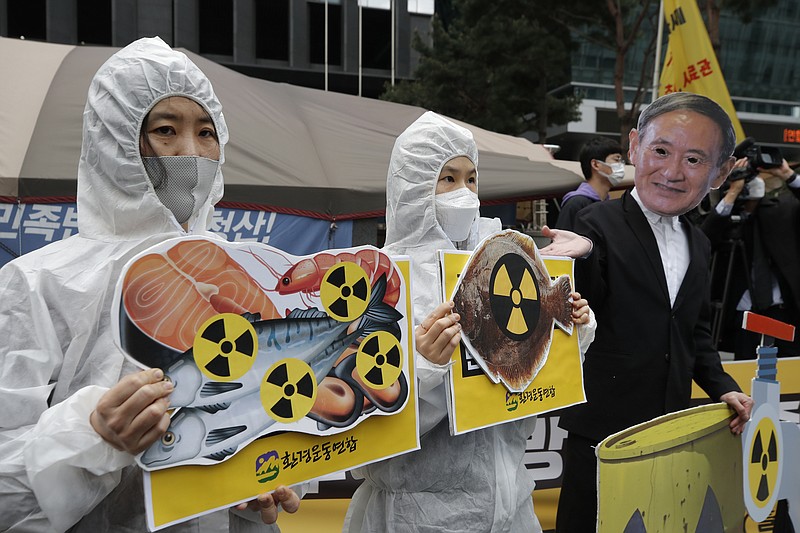 TOKYO -- The operator of the wrecked Fukushima nuclear power plant said Wednesday that it plans to build an undersea tunnel so that large amounts of treated but still radioactive water can be released into the ocean about half a mile away from the plant to avoid interference with fishing.

The operator, Tokyo Electric Power Co. Holdings, said that it hopes to start releasing the water in spring 2023. The utility says hundreds of storage tanks at the plant need to be removed to make room for facilities necessary for the plant's decommissioning.

An official in charge of the water discharge project, Junichi Matsumoto, said the company will construct the undersea tunnel by drilling through bedrock in the seabed near its No. 5 reactor, which survived the meltdowns at the plant, to minimize possible underground contamination or leakage of radioactive ground water into the tunnel.

Increasing amounts of radioactive water have been stored in about 1,000 tanks at the Fukushima Daiichi plant since 2011, when a powerful earthquake and tsunami damaged three reactors and their cooling water became contaminated and began leaking. Plant officials said the tanks will reach their capacity late next year.

The government decided in April to start discharging the water, after further treatment and dilution, into the Pacific Ocean in spring 2023 under safety standards set by regulators. The idea has been fiercely opposed by fishermen, residents and neighboring countries including China and South Korea.

The offshore discharge using a pipeline enclosed inside a concrete tunnel is an attempt to minimize the "reputational damage" that would occur if the contaminated water is released close to marine life off the Fukushima coast.

Tokyo Electric Power plans to dilute the contaminated water with large amounts of seawater to reduce the concentration of radioactive materials below allowable limits. Japan has obtained the International Atomic Energy Agency's agreement to cooperate in the water sampling and monitoring.

MADRID -- Spanish authorities are expanding a ban on harmful fertilizers around a saltwater lagoon on the country's Mediterranean coast, where over the past 10 days several tons of dead fish have washed up.

The regional government of Murcia, some 240 miles southeast of Madrid, announced Wednesday that the use of inorganic nitrogen fertilizers at farms within 1,640 yards of the Mar Menor lagoon is to be prohibited.

Some of those fertilizers can cause algae blooms, which deplete oxygen in surface water, killing fish.

Murcia is one of Spain's main producers of fruit and vegetables, with much of the produce exported to northern Europe.

The lagoon is a well-known beauty spot and is popular for vacations.

The Murcia government estimates that every day around 5.5 tons of fertilizer runoffs from nearby farms are washed into the lagoon.

DODOMA, Tanzania -- Tanzania's president on Wednesday said five people are dead, including three police officers, after a gunbattle with an armed man near the French Embassy in Dar es Salaam.

It was not immediately clear whether the shootout in the heavily guarded diplomatic area was a terror attack. Inspector general of police Simon Sirro said that the armed man was a foreigner and police believe he was from Somalia. Sirro also warned the attack could be linked to the jihadi insurgency in neighboring Mozambique, where a growing number of African nations are jointly pursuing the fighters.

The confrontation occurred shortly after President Samia Suluhu Hassan addressed security officials in another part of the city, Tanzania's commercial hub. The president said later that three police officers, a member of the auxiliary police and the armed man were killed, and she ordered an investigation.

TOKYO -- A Russian man from a Russian-held island claimed by both Japan and Russia is seeking asylum after being found in a wetsuit on Japan's northern main island of Hokkaido, media reports and officials said Wednesday.

The man was found in the town of Shibetsu on the coast of Hokkaido across from Kunashiri island, one of four Russian-held islands claimed by both countries, Japanese media outlets said. The man said he swam about 12 miles to Hokkaido to seek asylum, the reports said.

The man was wearing a wetsuit when he was found by a resident Aug. 19, the reports said. The regional immigration office in Sapporo said Wednesday that he is being interviewed by immigration officials after an initial investigation by police to determine whether he is eligible for a temporary landing permit or refugee status, or is subject to repatriation.

The immigration office declined to provide the man's identity and other details, including how he arrived in Hokkaido.

In a Facebook statement earlier this week, the Russian Embassy in Japan sought an explanation from Japanese authorities of the status of the man, whom it identified as V.-F.V. Nokarde. 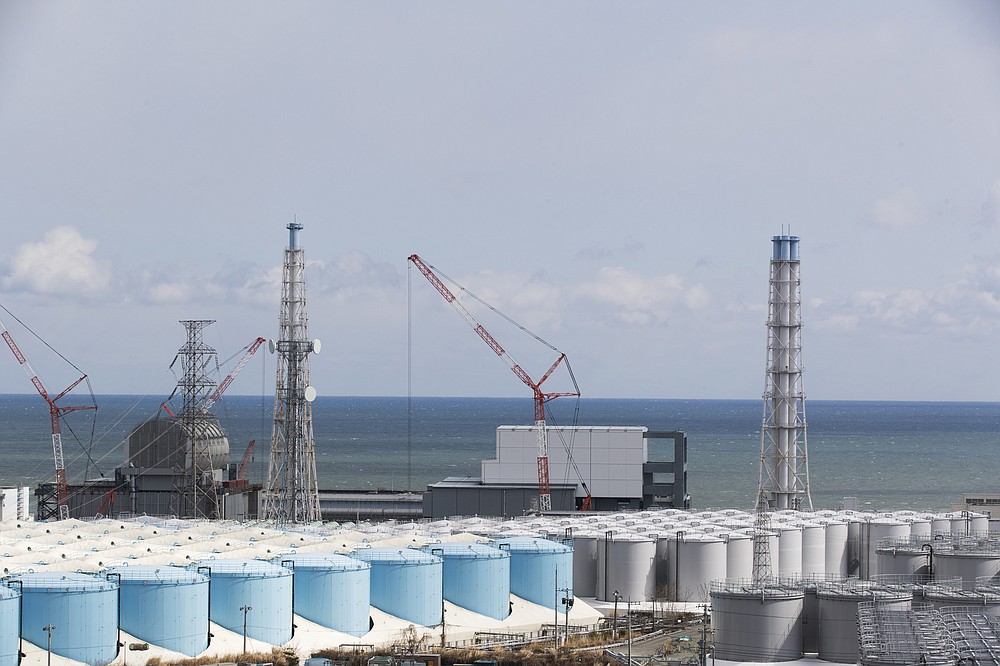