In a turnout befitting a giant, thousands on hand as Big Boy No. 4014 locomotive rumbles into North Little Rock 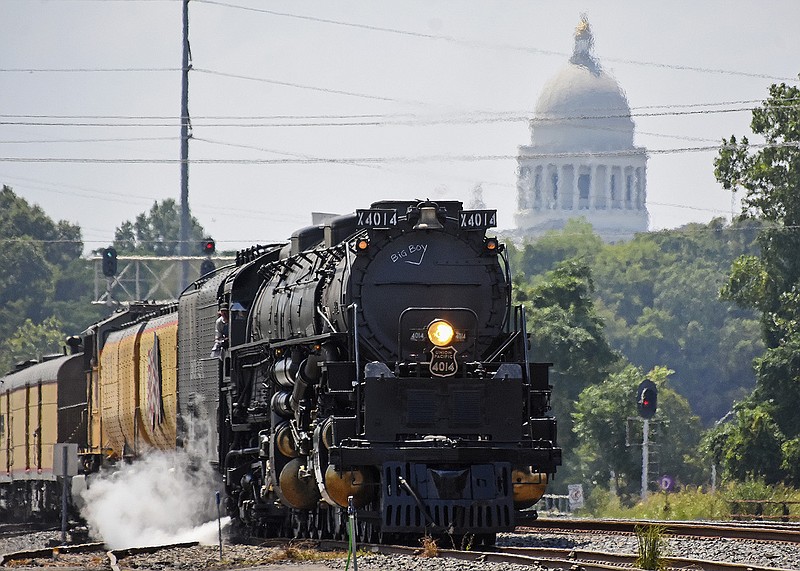 Thousands turned out Thursday to catch a rare glimpse of a historic piece of Americana.

Big Boy No. 4014, an 80-year-old steam locomotive, serves as a symbol for a country built on railroads and a reminder of a bygone era. It's also a really big train.

Whether it was to see a machine that represents the apex of steam-powered engineering or simply childlike wonder, people made the pilgrimage to North Little Rock and stared in awe at Union Pacific's aptly named locomotive.

The steam engine, built in 1941, is the only one of the 25 locomotives commissioned by Union Pacific that is in working order. Another eight exist, mostly as museum pieces, with the rest scrapped for their metal.

When Union Pacific announced that it was going to restore one of the Big Boys, train aficionados applauded. Even though this wasn't its first journey since its restoration in 2019, thousands lined up to see the Big Boy.

The man responsible for restoring the locomotive and driving it is Union Pacific engineer Ed Dickens, who is something akin to a train celebrity. Children awaiting an autograph shout for him, and railroad fans line up to pick his brain.

[Video not showing up above? Click here to watch » arkansasonline.com/827bigboy/]

Dressed in sweaty blue overalls with a Union Pacific cap and goggles hanging around his neck, Dickens waxed prose about the locomotive's appeal. For him, the restored steam engine is a symbol of American history that was thought lost but is reborn.

"To see something like this actually operating on a class one railroad infrastructure of the Union Pacific, I think that sets it apart too," he said. "Its size, its sound, the smell -- everything about it is very unique."

What many of the thousands of fans love about the train is more simple. Yes it's old, yes it's historic, but it's also the steam engine's size.

"It's a massive, massive engine," said Kenny Raper, who traveled about 3½ hours from Corinth, Miss., with his wife to see the locomotive.

Like almost everyone on hand, Raper said he became hooked on trains when he was a child. Now 49 and the owner of about 70 model train engines and 600 to 700 model train cars, he took two days off work to follow the locomotive from North Little Rock to Poplar Bluff, Mo.

It's a classic train that hooked every rail-obsessed kid. Its whistles are loud, and pillows of white steam stream as it chugs along. It's the peak of what engineers could design and build in the age of steam power.

Ed Fulmer of Conway said he's made journeys around the country to see other trains, but something about this mammoth steam locomotive with its shiny black paint speaks to him.

"It's a part of our history, and we need to hang onto that kind of stuff," he said.

For Union Pacific, the locomotive's long restoration is a major public relations campaign. Officials at the railroad said trains are an afterthought for much of the American public because many don't realize that goods are shipped on them.

While Union Pacific representatives said the restoration of their steam locomotive is about persevering a part of railroad history, they would also like it to remind the American consumer about how trains fit into the nationwide logistics network.

"There isn't a thing in our life that isn't touched by the railroad, either as a raw material or a finished product," Dickens said. "Same thing back then, railroads were a very efficient way to carry lots of stuff."

Dickens and a Union Pacific spokeswoman declined to say how much it cost to restore Big Boy No. 4014.

For the past few weeks, the locomotive has been on a 4,000-mile journey across 10 states. The train crossed the border into Arkansas on Wednesday at Texarkana. Today, it will chug along from North Little Rock to Bald Knob, Tuckerman and Walnut Ridge before exiting the state for Poplar Bluff, Mo.

Each stop along the way, thousands of people are expected to come out in the heat and humidity to catch a glimpse of the 80-year-old machine.

Whether it's for a sense of nostalgia or simply innocent wonder, Big Boy No. 4014 can still draw a crowd.

"It's 2021," Dickens said, "and you just don't see steam locomotives traveling that much." 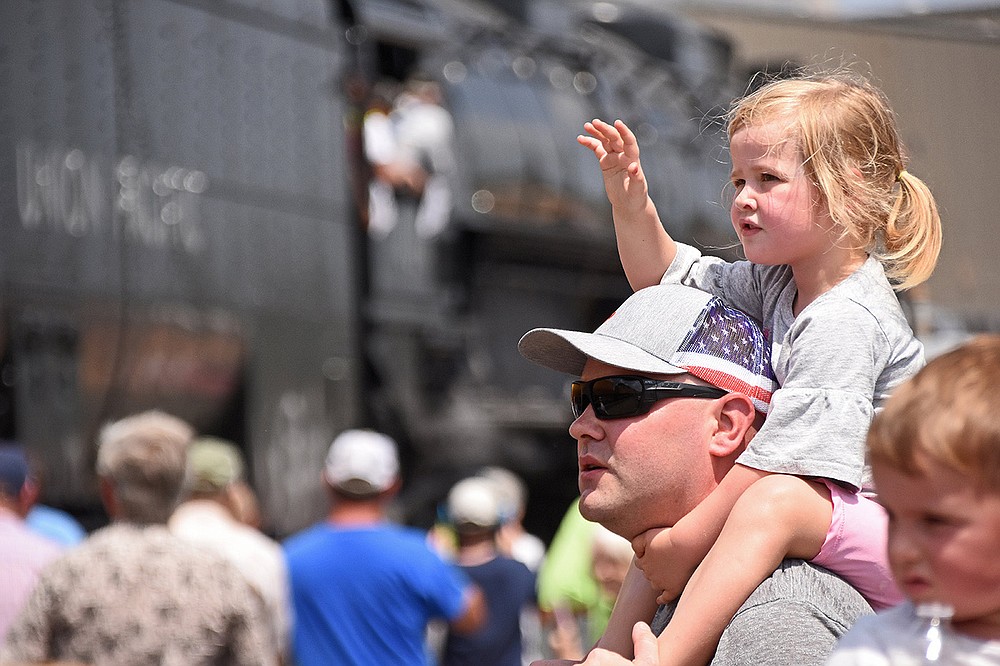 AnneMarie Ramage, 3, waves as she and her father, Daniel Ramage, watch the Union Pacific Big Boy steam locomotive No. 4014 roll to a stop Thursday at the Union Pacific facility in North Little Rock. More photos at arkansasonline.com/827steam/. (Arkansas Democrat-Gazette/Staci Vandagriff)