Bonner is ASU's sure thing at LB 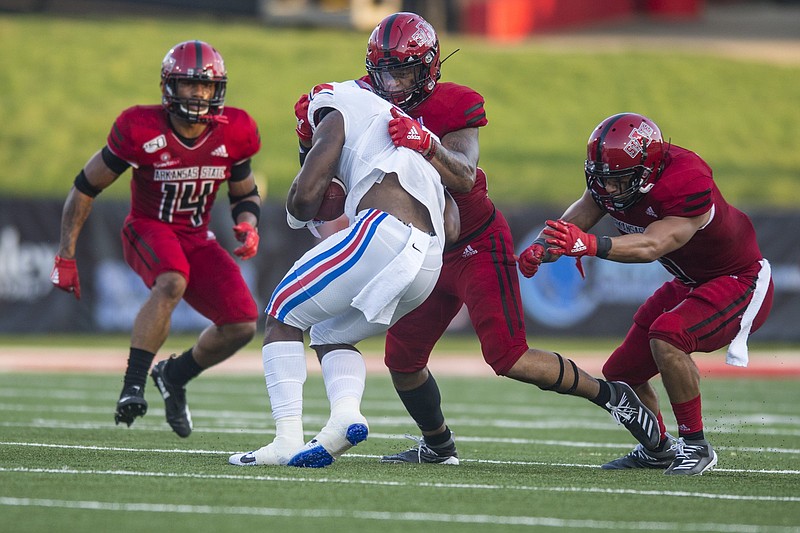 Arkansas State senior linebacker Caleb Bonner (center top) is a consistent performer who Coach Butch Jones said he can rely upon in his first season with the Red Wolves. (Democrat-Gazette file photo)

Three days into preseason camp, Coach Butch Jones was posed with a straightforward question: Which individuals have stood out thus far?

In most years it probably wouldn't mean much. But Jones was still getting his bearings with a roster that features more than 50 newcomers.

The new head coach didn't hesitate in his response.

"We're looking for a high level of consistency, day in and day out. I'm starting to see that it starts with Caleb Bonner," Jones said. "[He] isn't just leading himself, he's leading our football team."

Although Arkansas State University has yet to name captains, it's hard to imagine the senior linebacker not being among the group whenever Jones announces them. Despite starting only five of the 10 games he played last season, Bonner was named to Phil Steele's preseason All-Sun Belt Conference fourth team and earned the team's "consistency in performance" award during spring camp.

There aren't many certainties with the Red Wolves' Week 1 depth chart -- Jones has repeatedly mentioned the opener against the University of Central Arkansas as "a game of unknowns," and he has revealed little about who will start that game on the field -- but it would be as shocking as anything if Bonner isn't one of the 11 out there when the ASU defense steps onto the Centennial Bank Field turf for the first time in eight days.

"We pride [ourselves] on being together, bonding together, working with each other," Bonner said early in camp. "[The biggest thing I've worked on is] just being the outspoken leader, getting everyone lined up and things like that."

Even Jones isn't sure who will be lining up alongside Bonner. He indicated the Red Wolves' base defense will feature two linebackers, and Jeffmario Brown is probably the most obvious option to slide in there. The redshirt senior started seven of the eight games he played a year ago and finished third on the team in tackles with 44.

Derrick Bean, Jaden Harris and CJ Harris all made starts a year ago as well, and Jones hopes the next week will sort things out.

"Nobody has really stepped up and cemented themselves in that position," Jones said Monday. "We're going to continue to move people in that spot until we find consistency there. Do we have players that can play there? Absolutely, but we just need more consistency."

The sixth in a series previewing position groups for the Arkansas State football team. 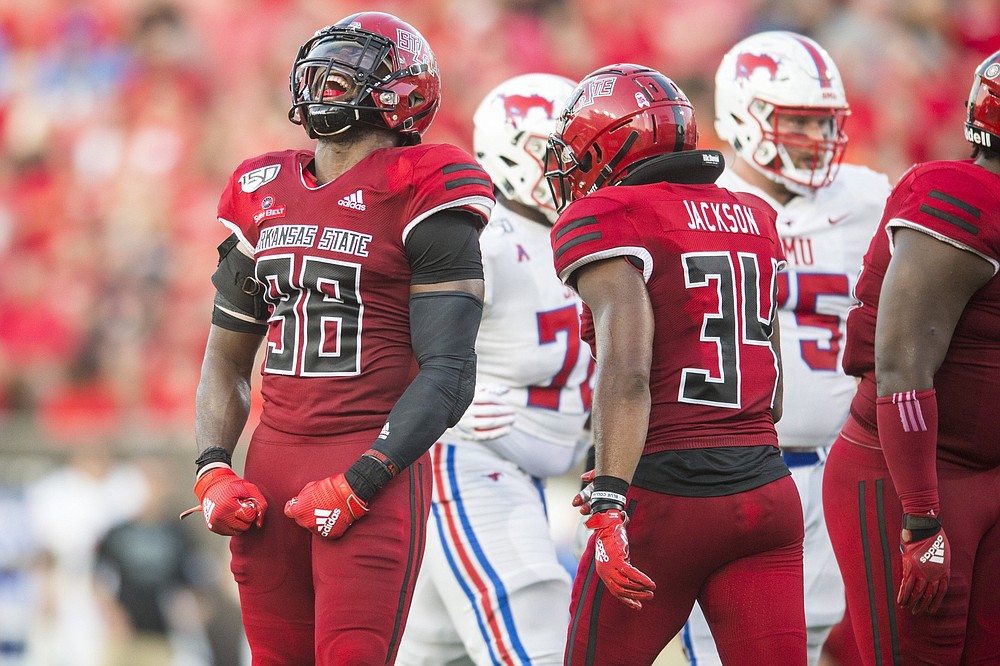 Linebackers at a glance

Analysis There’s no doubt Bonner will be a starter this season. He’s spoken with the media on several occasions, and Butch Jones has repeatedly praised him as not just one of the defense’s leaders but also as one of the team’s leaders. The question is who will start alongside him — and how many others there will be. We don’t know a ton about Rob Harley’s defensive scheme, but if there’s typically just one other backer on the field, it would make sense to have Brown,. CJ Harris started multiple games last year but could be more of a candidate for a hybrid linebacker-safety role. Bean started both at inside and outside linebacker in 2020, so the senior should also be in the mix for increased opportunities this season.

Print Headline: Bonner is ASU's sure thing at LB