The ceremony site was decorated with a large greenery arbor and a mixture of candles, lanterns and white and blush wedding flowers. Music was by the Beth Luscombe Strings Trio.

Escorted by her father, the bride wore an ivory crepe gown embellished with beaded and embroidered Alencon lace. The sweetheart bodice had thin shoulder straps and an open back. The sheath-style skirt extended from a natural waist to a scalloped Alecon lace and crepe train.

Her bouquet was filled with white and blush garden roses, spray roses, ranunculus and lisianthus.

Daniel Vogel of Little Rock was best man. Groomsmen were Hunter Renschler of Newburgh, brother of the bride; Jonathan Williamson, Garret Lamb, cousin of the groom, and Alex Flemister, all of Little Rock; Hunter Harris, of Stuttgart; Kyle Whelpley and Justin Lamb, cousin of the groom, both of Dallas; and Gage Powell and Lawson Vassar, both of Fayetteville.

A reception, also at The Cadre Building, was held after the ceremony. Tables covered in ivory linens were centered with gold lanterns, white and blush wedding flowers in gold trumpet vases and floating candles in glass cylinder vases. Music was by Almost Famous.

The bride has a bachelor's degree in journalism from the University of Mississippi. She is a human resource generalist at International Paper.

The groom has a bachelor's degree in business administration from the University of Arkansas. He is a data analyst at International Paper.

The couple will make their home in Cordova, Tenn., after a honeymoon in Mexico. 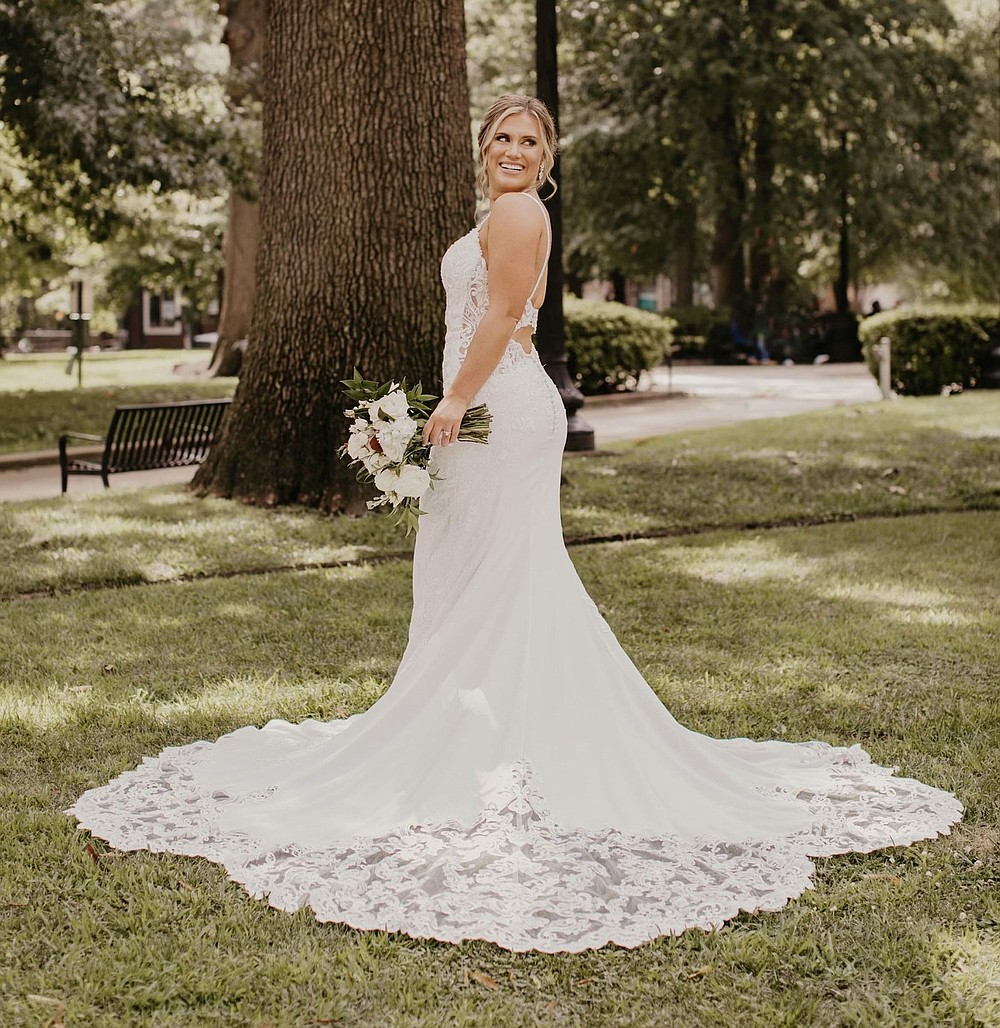