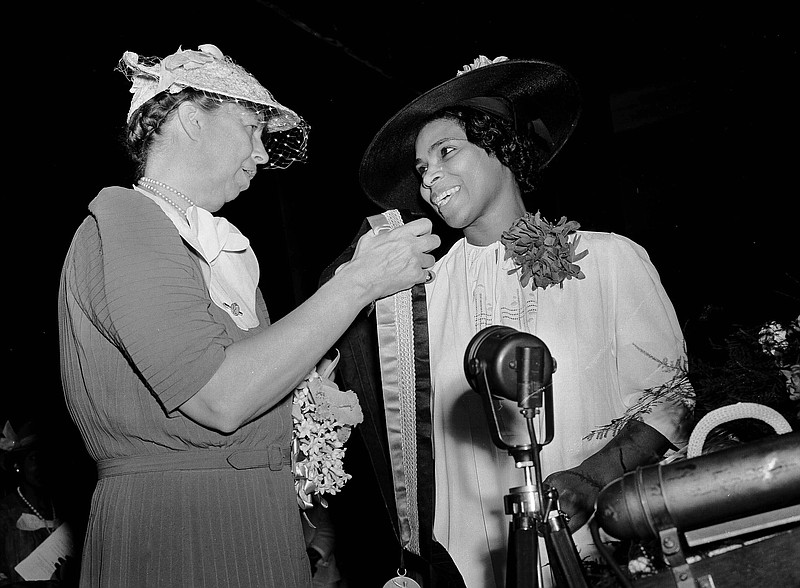 NEW YORK — On a chilly Easter Sunday 82 years ago, a tall, elegant Black woman walked down the steps of the Lincoln Memorial before an integrated crowd of 75,000 and sang her way into the history books.

Marian Anderson performed for only about half an hour that day in 1939, but her very presence made it a watershed event in the struggle for civil rights. She was appearing at the invitation of first lady Eleanor Roosevelt after the Daughters of the American Revolution refused to bend its whites-only policy for performers at Constitution Hall.

Anderson admitted being nervous about the occasion, but as she later wrote in her autobiography: "I could see that my significance as an individual was small in this affair. I had become, whether I liked it or not, a symbol, representing my people. I had to appear."

She went on to strike another famous blow against segregation when she broke the color bar at the Metropolitan Opera late in her career in 1955, opening the door for singers such as Leontyne Price, who would triumph there six years later.

Many people today likely know of her only from those two headline-making events. But Anderson had a long international career as a concert recitalist with a voice of astonishing warmth and grandeur that conductor Arturo Toscanini said "one is privileged to hear only once in a 100 years."

Listeners can experience her storied career on Sony Classical's digitally remastered collection spanning her career from 1924 to 1966.

The selections show her wide repertory — everything from baroque arias and art songs to religious music and spirituals and more. One CD is devoted to Christmas carols; another to her farewell recital at Constitution Hall in 1964 (the policy of segregation had been abandoned by then). The final disc contains excerpts from a 1957 tour of Asia, sponsored in part by the State Department, and narrated by TV journalist Edward R. Murrow.

Anderson was considered a contralto, the deepest vocal range for a female singer, and her ability to take her voice down to subterranean terrain can be heard in the spiritual "Crucifixion."

But she could also move up nearly three octaves, and in songs like Schubert's "Die Forelle" ("The Trout") she lightens her voice to sound like a lyric soprano. 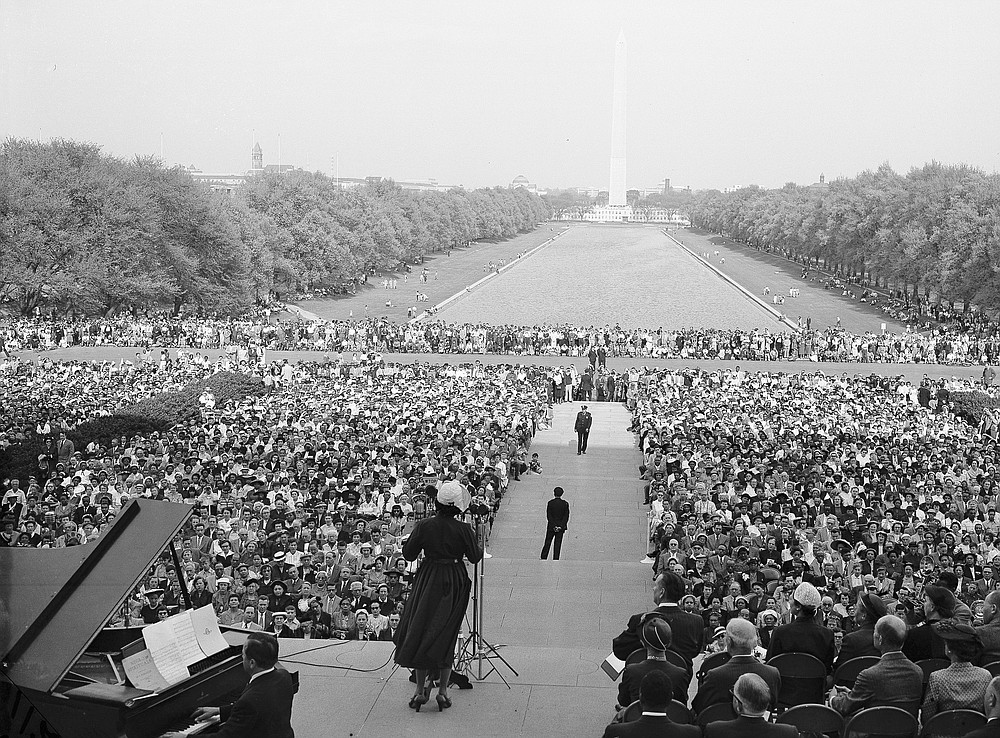 American contralto Marian Anderson performs from the steps of the Lincoln Memorial in Washington on April 20, 1952. Sony Classical, which owns the Victor archive, has put together a digitally remastered 15-CD set that spans her career from 1924 to 1966. (AP File Photo/Henry Griffin)

"She seems to me to be like many Black female opera singers in not having easily categorizable voices," said Naomi Andre, a professor at the University of Michigan and author of the book "Black Opera." "I think of Jessye Norman, Grace Bumbry or Shirley Verrett, who sang things that they decided they would sing rather than what somebody said they should."

Some selections from later years show the deterioration of her voice over time. Her Met debut, in the role of the fortune-teller Ulrica in Verdi's "A Masked Ball" — the only time she performed in staged opera — came when she was 57 and had lost some luster and security.

"We all develop, we struggle, we change," said Robert Russ, the Sony Classical producer responsible for the project. "No need to somehow cover up things which are still acceptable."

She eventually became prosperous from her concert fees, but one of Anderson's proudest moments came when she was just starting out and earning $5 or $10 a performance. It was enough that she could call Wanamaker's Department Store in her hometown of Philadelphia to tell them her mother would no longer be working there scrubbing floors to supplement the family income.

Memory of her achievements may have dimmed over the years, but Philadelphia continues to honor her — most recently with plans to erect a statue of her outside the Academy of Music, where she frequently performed.

Though Anderson's success was unparalleled in her day among Black classical artists, there were others who had notable careers. Andre cites Harry T. Burleigh, Roland Hayes and Paul Robeson as examples.

"We think of her as the only one, and in many ways she's the only one who made it to the top," Andre said. "But she isn't just this crazy anomaly.

"There were other people who had beautiful voices that we're ferreting out and finding out about," she said. "I would love someone to listen to Marian Anderson's recordings and think, 'Who else is out there?'"

Packaged as a 228-page coffee-table book with essays, illustrations and details of her discography, "Beyond the Music, Marian Anderson, Her Complete RCA Victor Recordings" was released Friday and sells on Amazon for $97.74.