OPINION | READ TO ME: This picture book cat doesn’t want to hear about your problems 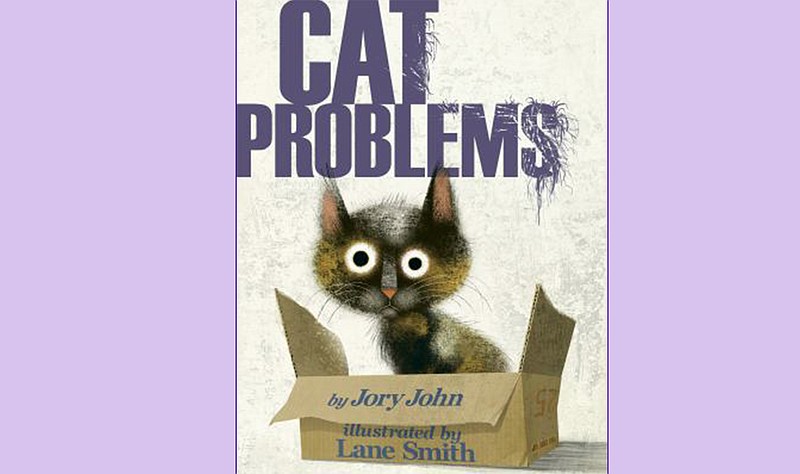 Think you have problems? This cat is beset. There's an unreliable sunbeam, another cat that insists on curling up in the cat's special spot(s), a squirrel outside a window, a wall in front of the cat's face ...

Life in the house would be intolerable if it weren't for the food that appears when the cat yowls. Of course, the cat must yowl a long time and loudly to make the food come. And then the food is the wrong kind.

This hilarious picture book depicts the cat's self-absorption as one grand absurdity after another. Part of a series of funny picture books about the problems anthropomorphized animals perceive for themselves — a series aptly titled Animal Problems — "Cat Problems" is written by the author of one of our favorite read-aloud books, "The Bad Seed," and illustrated by an artist with so many honors and awards that now he wins lifetime achievement honors. Read something Lane Smith wrote about his work here: lanesmithbooks.com/faqs.

Other books in the series are goofy fun, too. In "Giraffe Problems," Edward the giraffe feels bad about his neck, which is too necky, until he meets Cyrus the turtle, who also feels bad about his neck and has never tasted a banana. And in "Penguin Problems," a penguin complains and complains until a walrus interrupts with a lecture about gratitude. Then the penguin resumes complaining.

Sophisticated illustrations and ironic but accessible humor make these books adults will want to share.

Read to Me is a weekly review of short books for little people.

Print Headline: OPINION | READ TO ME