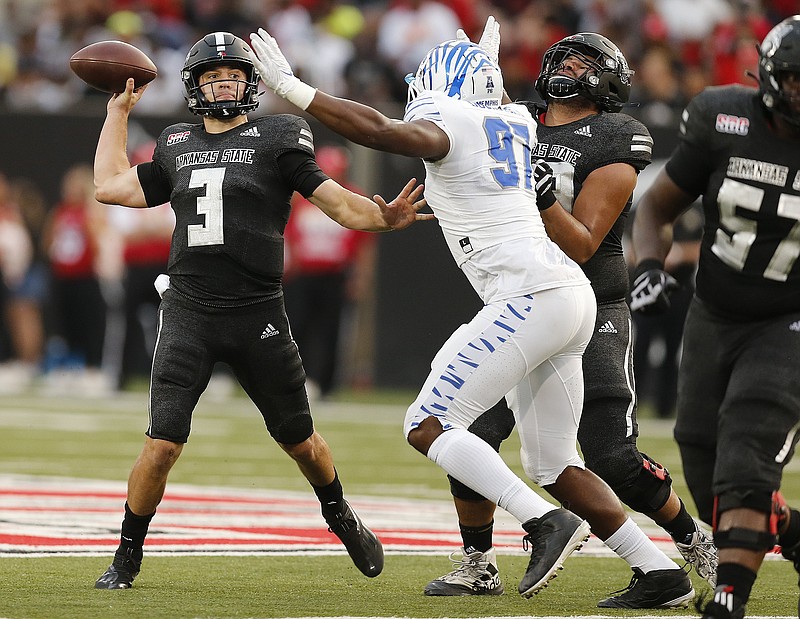 Ranking among ASU's career top five in passing yards and touchdowns, Layne Hatcher threw for more than 2,400 yards in 2021 with 19 touchdowns and 13 interceptions. (Arkansas Democrat-Gazette/Thomas Metthe)

Layne Hatcher didn't start 2021 as Arkansas State's quarterback. And the Pulaski Academy alum won't be the starter in 2022, either.

Hatcher announced Wednesday morning that he is entering the transfer portal after three seasons with the Red Wolves, leaving Jonesboro with two seasons of eligibility. The Little Rock native came to ASU in 2019 after redshirting his first year of college as a walk-on at Alabama and ranks fourth in program history with more than 7,400 career passing yards.

This season, Hatcher tossed a career-worst 13 interceptions, starting the final six games in place of the injured James Blackman.

"Thank you to Arkansas State," Hatcher wrote on social media. "I have loved my time here with these coaches and players and will be forever grateful to this place!"