Director of Old State House Museum to retire after 29 years 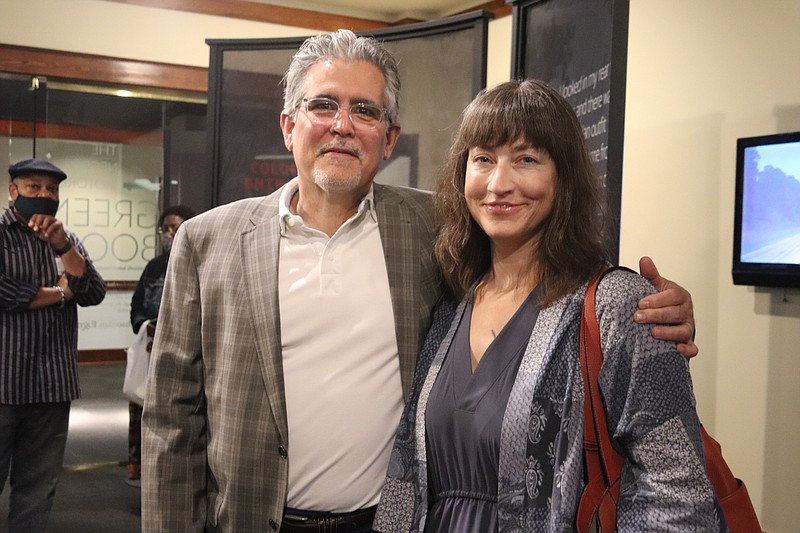 Bill Gatewood, director of the Old State House Museum, and his wife, Jen Fawkes, at the opening reception for the exhibition, “The Negro Motorist Green Book,” May 20, 2021, at Mosaic Templars Cultural Center in Little Rock..(Arkansas Democrat-Gazette -- Helaine R. Williams)

The director of the Old State House Museum will retire at the end of the month, after 29 years at the museum, officials announced Wednesday.

Bill Gatewood has worked for the state for 35 years, with his first job at Arkansas Heritage being curator of the Old State House, according to a news release from the state Department of Parks, Heritage and Tourism.

He joined the Arkansas Department of Parks and Tourism in 1986 as an exhibit shop supervisor, and in 1990 moved to a museum consultant position before joining the Old State House, according to the release. He was promoted to deputy director in 1995 and director in 1999, officials said.

According to the release, Gatewood was determined to make the museum a nationally recognized facility. The Old State House Museum received national accreditation by the American Association of Museums in 1993, which was renewed in 2003, officials said.

“Bill has lent his immense talents and passion for preservation to the Old State House Museum, particularly during the trying times of the late 90s when the building was in serious decline,” Stacy Hurst, secretary of the Arkansas Department of Parks, Heritage and Tourism, said in the release.

“Bill spearheaded the extensive 1996 to 1999 restoration of the museum, demonstrating great patience and dedication while preserving Arkansas’s first state house, literally from the ground up. This project alone merits accolades upon retirement,” she added.

Gatewood said in the release that after retirement, he plans to travel with his wife, author Jen Fawkes, and spend time with his adult children.