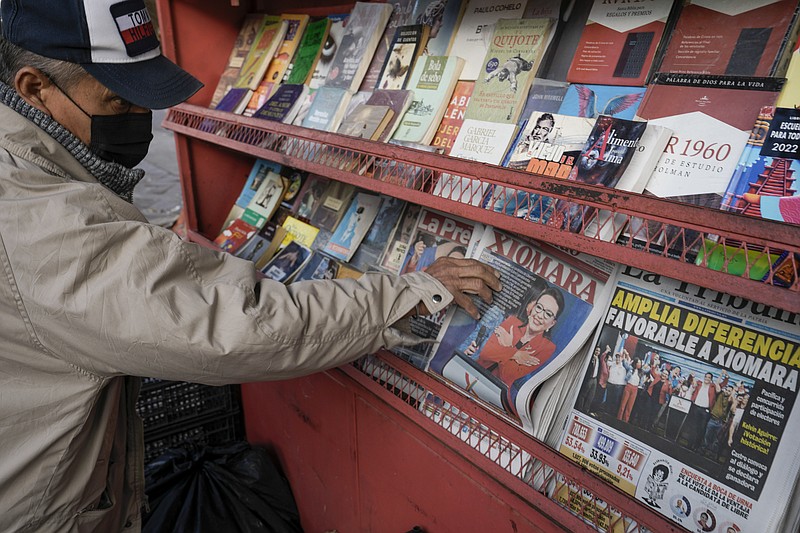 A man takes a newspaper with a photo of Free Party presidential candidate Xiomara Castro on the cover, after general elections in Tegucigalpa, Honduras, Monday, Nov. 29, 2021. Castro is holding a commanding lead as Hondurans appear poised to remove the conservative National Party after 12 years of continuous rule. (AP Photo/Moises Castillo)

Tegucigalpa Mayor Nasry Asfura, the candidate of the National Party, said he had personally congratulated Castro, despite only about half of the votes being counted.

The former first lady had 53% of the total and Asfura 34%, according to the National Electoral Council.

Asfura said he had met with Castro and her family.

"Now I want to say it publicly," the conservative candidate said. "That I congratulate her for her victory, and as president-elect I hope that God illuminates and guides her so that her administration does the best for the benefit of all of us Hondurans, to achieve development and the desire for democracy."

"The United States congratulates the people of Honduras on their election and Xiomara Castro on her historic victory as Honduras' first female president," Blinken said. "We look forward to working with the next government of Honduras."

[Video not showing up above? Click here to watch » arkansasonline.com/121castro/]

The concession was a relief to many Hondurans who had feared a contested election after a debacle in 2017 led to street protests that left 23 people dead. The government imposed a curfew and ultimately declared now-outgoing President Juan Orlando Hernandez the winner despite the Organization of American States calling for a revote.

Fearing a similar outcome, many businesses in Honduras' capital had boarded up their windows.

Castro will face major challenges. Unemployment is above 10%, northern Honduras was devastated by two major hurricanes last year and street gangs drag down the economy, driving migration to the U.S. 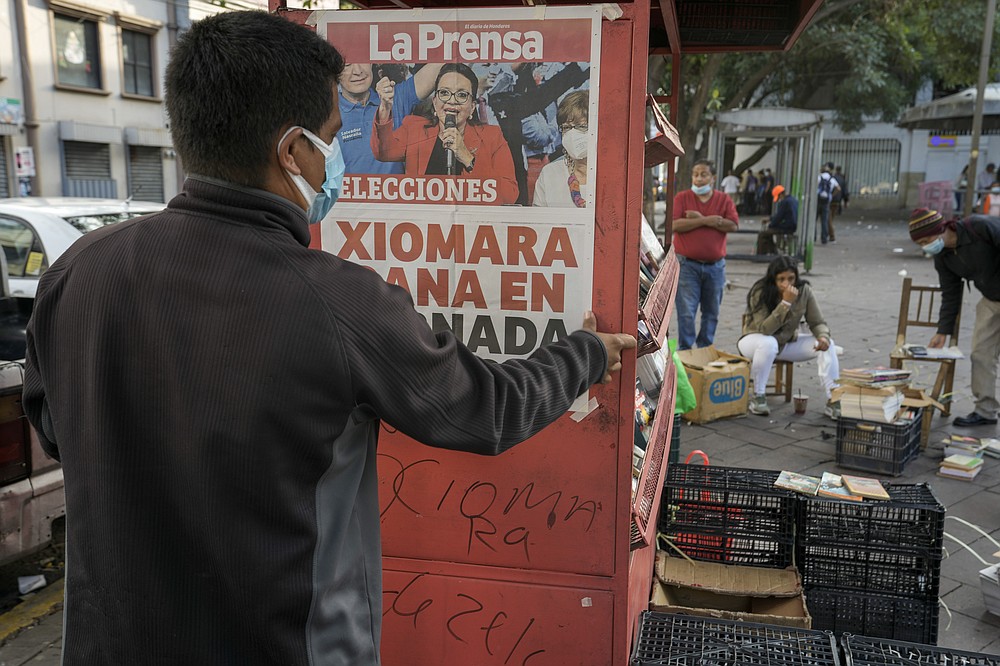 A man sets up his newspaper stand by hanging a poster with a photo of Free Party presidential candidate Xiomara Castro and the day&amp;#xb4;s headline of her expected victory, after general elections in Tegucigalpa, Honduras, Monday, Nov. 29, 2021. Castro is holding a commanding lead as Hondurans appear poised to remove the conservative National Party after 12 years of continuous rule. (AP Photo/Moises Castillo)