NATO targets only 5 minutes away from Russian missile strikes, he says by Compiled Democrat-Gazette Staff From Wire Reports | December 1, 2021 at 4:00 a.m. 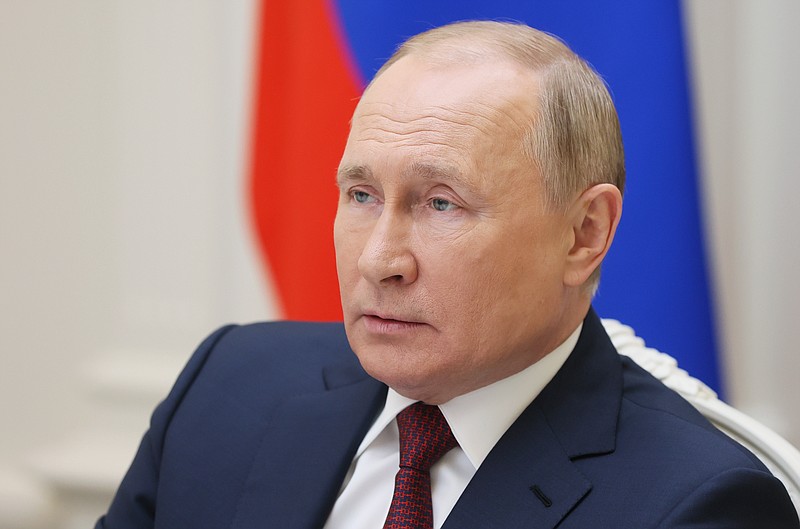 MOSCOW -- Russian President Vladimir Putin on Tuesday sternly warned NATO against deploying troops and weapons to Ukraine, saying it represents a red line for Russia and would trigger a strong response.

Commenting on Western concerns about Russia's alleged intention to invade Ukraine, he said Moscow is equally worried about NATO drills near its borders.

"The emergence of such threats represents a 'red line' for us," Putin said. "I hope that it will not get to that and common sense and responsibility for their own countries and the global community will eventually prevail."

He added that Russia has been forced to counter the growing threats by developing hypersonic weapons.

"What should we do?" Putin said. "We would need to develop something similar to target those who threaten us. And we can do that even now."

He said a new missile that is set to enter service with the Russian navy early next year would be capable of reaching targets in comparable time.

"It would also need just five minutes to reach those who issue orders," Putin said.

Ukrainian and Western officials have expressed worries this month that a Russian military buildup near Ukraine could signal plans by Moscow to invade its former Soviet neighbor. The Kremlin has insisted it has no such intention and has accused Ukraine and its Western backers of making the claims to cover up their own allegedly aggressive designs.

NATO is worried about a Russian buildup of heavy equipment and troops near Ukraine's northern border, not far from Belarus. Ukraine says Moscow kept about 90,000 troops in the area after large-scale war games in western Russia earlier this year, and could easily mobilize them.

"You can discuss whether the likelihood for an incursion is 20% or 80%, it doesn't matter. We need to be prepared for the worst," Stoltenberg told reporters in Riga, Latvia, after chairing talks among NATO foreign ministers focused on the threat posed by Russia.

"There is no certainty, no clarity about exactly what are the Russian intentions, and they may actually evolve and change," the NATO chief said. Referring to Russia's seizure in 2014 of Ukraine's Crimean Peninsula, Stoltenberg said: "They've done it before."

European diplomats acknowledge the Russian troop movements, but some countries have played down the threat of an imminent invasion.

"We are very concerned about the movements we've seen along Ukraine's border. We know that Russia often combines those efforts with internal efforts to destabilize a country. That's part of the playbook, and we're looking at it very closely," U.S. Secretary of State Antony Blinken said.

German Foreign Minister Heiko Maas also said, "Russia would have to pay a high price for any form of aggression."

Maas said "honest and sustainable deescalation steps, which can only go via the route of talks, are all the more important now."

Also Tuesday, the longtime president of Belarus said his country would be ready to host Russian nuclear weapons if NATO moves U.S. atomic bombs from Germany to Eastern Europe.

President Alexander Lukashenko also said for the first time that he recognizes the Crimean Peninsula as part of Russia and plans to visit it soon.

Lukashenko made the remarks as he moves to cement ties with Russia, his main ally and sponsor, amid tensions with the West over his disputed reelection last year and a crackdown on dissent in Belarus. 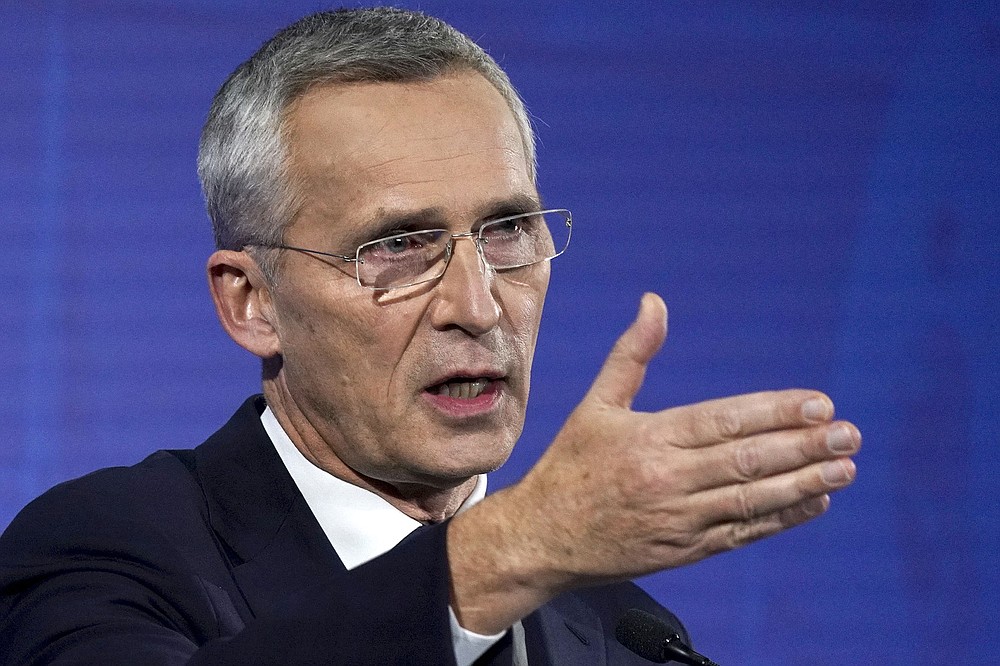 NATO Secretary General Jens Stoltenberg speaks to the media during a news conference on the sideline of the NATO Foreign Ministers meeting in Riga, Latvia Tuesday, Nov. 30, 2021. (AP Photo/Roman Koksarov)