UNDER THE RADAR: Mayflower’s Noah Gailey 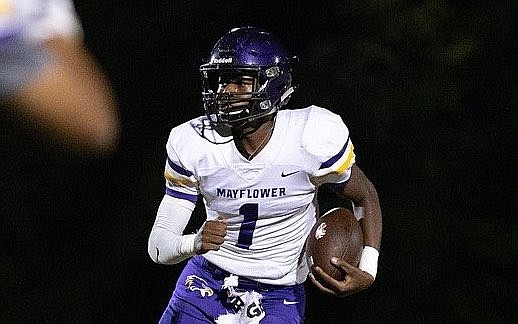 On Wednesdays we feature an in-state prospect who could be flying under the radar of college coaches. This week's UTR prospect is Mayflower’s Noah Gailey.

Noteworthy: Plays baseball, but was talked into playing football as a sophomore.

Went from Wing T to spread offense because of Gailey’s ability:

“We were running the Wing T and our quarterback broke his foot that week and he took over about Week 5 and never really looked back. We started off in the Wing T and he was throwing darts to people. He was real accurate last year as a passer. I just thought if we have a kid this accurate, we've got to be slinging it, because he doesn’t hardly miss. He throws a good ball and he can run when we need him to and get us out of bad situations.