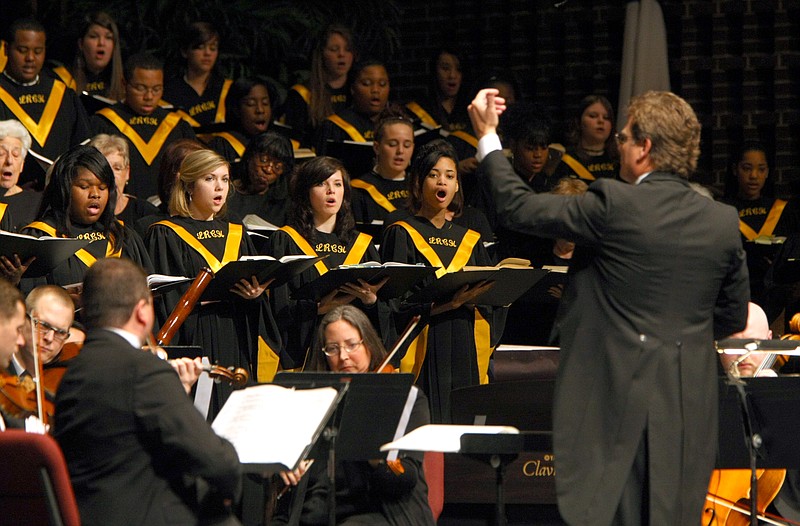 In the long history of choirs performing George Frideric Handel's 1741 oratorio "Messiah," the recent interruption thanks to the pandemic is but a tiny blip.

That blip, however, was keenly felt by the Arkansas Choral Society, which notes that its 89-year streak of "Messiah" was stopped last year.

The Choral Society performed Handel's oratorio in its inaugural season in 1930. The tradition of Handel's treasured choral work — especially the capper of the "Hallelujah Chorus" for which the audience traditionally stands — is as much a part of the Christmas season as presents under a tree and holiday lights.

On Friday, the Choral Society will perform the "Christmas portion" of "Messiah," plus "Hallelujah" and "Worthy Is the Lamb," with a chamber choir of 24 singers and 18 members of the Arkansas Symphony, 7:30 p.m. at Little Rock's Calvary Baptist Church. Covid-19 guidelines will be in effect.

"I am not only pleased on a personal level, but I am excited for the entire cultural community — both audience and performers — that the performing arts are slowly and carefully returning to live performances across Arkansas and the country," says Choral Society music director Kent Skinner, who is conducting.

"Without live music, theater and dance, we are diminished as a society. It is great to be back."

In a news release, the Choral Society noted the pandemic precautions it is taking means bringing back "Messiah" in a somewhat different form than in years past. Those include limiting the number of singers; requiring all singers to provide proof of covid-19 vaccination; hand sanitizer at sanctuary entrances; and encouraging masks for all attendees (both vaccinated and unvaccinated) inside the church.

Skinner says reducing the size of the chorus has meant having to change his approach. So audiences can expect to hear a faster-than-usual "Messiah." 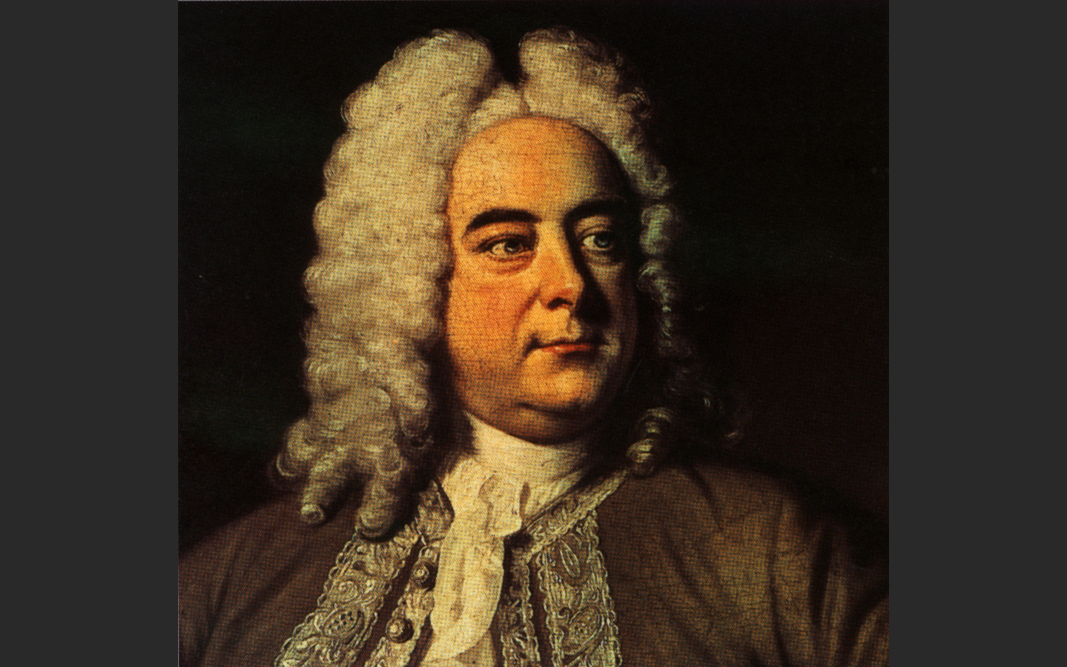 George Frideric Handel (Democrat-Gazette file photo)
"The smaller choir should be able to handle faster tempi in the allegro movements while still maintaining clarity in the melismatic passages," Skinner says. "So, things might go a bit faster than I have taken them in the past. I will also have to be careful not to overly tax the singers in the bigger, joyous, forte numbers such as 'Worthy Is the Lamb' and the 'Hallelujah Chorus.'"

Skinner had conducted "Messiah" for 15 consecutive years for the Choral Society, until the pandemic hit.

"I never get tired of conducting this work," he says. "There is great variation of tempi, character and mood between choruses, from the somber to the exultant. Many of the numbers are not frequently performed, [and] so can be new experiences for the singers — and there is always something new to discover in the familiar numbers."

For choral groups, "Messiah" can be, as Skinner notes, "a technical challenge, both to conduct and sing." Still, Handel's work holds up and is that rare thing that can satisfy audiences as well as being a stimulating piece of music for choral groups.

"After nearly 300 years and innumerable performances, 'Messiah' still remains a crowd-pleaser and one of the monuments of Western music," he says.

What about the performers coming back together after what is presumably a long time away from the performance stage? Is Skinner concerned about any rust showing in his choir?

"I don't think rust will be a great problem with this group," he notes. "Several of these singers performed for me in 'Pirates of Penzance' in November [at the University of Arkansas at Monticello, where Skinner teaches and conducts] and others have been singing in their college or church choirs.

"Also, in our performance the soloists will be singing as members of the chorus in addition to performing the arias. They have been keeping their voices in shape in spite of the pandemic."