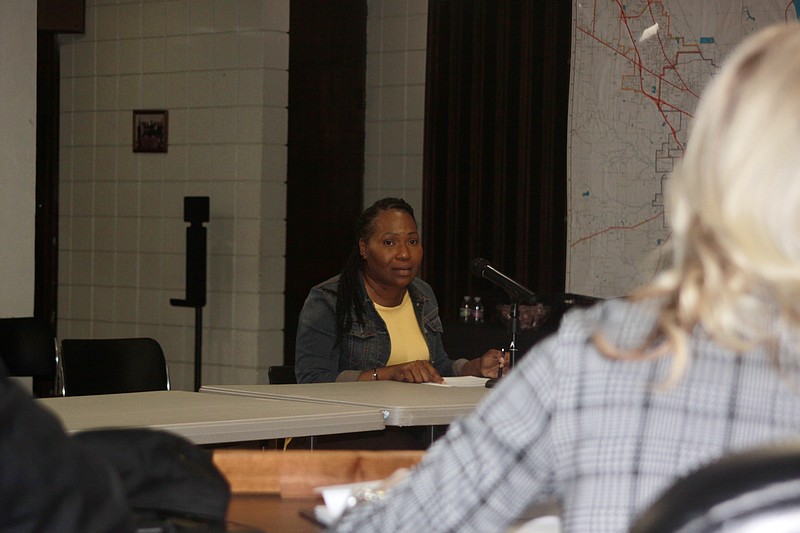 At a budget committee meeting this week, Karla Williams, Code Enforcement director, requested a supervisor’s position be added to her budget so her vacant code enforcement officer position can be reinstated. (Pine Bluff Commercial/Eplunus Colvin)

Council Member Bruce Lockett, who is chairman of the Development and Planning Committee, was joined by committee members Ivan Whitfield and Glen Brown Jr.

Mitzi Ruth, a 40-year city employee and Inspection and Zoning director, said her department was looking at and expecting a raise and that they deserved one. Besides Ruth’s long tenure with the department, she said her zoning official had been there 16 years and her administrative assistant has been there nine years.

Her budget had no significant changes and was approved by the committee.

Karla Williams, Code Enforcement director, requested that a supervisor’s position be added to her budget. Previously Williams had a staff of five code enforcement officers — one of whom was funded by and dedicated to the Urban Renewal Agency.

According to Williams, when the Urban Renewal code enforcement officer was hired, that person would also act as a supervisor, but because of the title description, that person could only work in Urban Renewal areas, which are wholly in Ward 2.

“In hindsight, it wouldn’t work,” said Williams, who added that her department was then downsized after the Urban Renewal code enforcement officer left.

The empty slot was turned into a supervisory position, but Williams said she needed all five slots to remain as code enforcement officers and an additional person to be a supervisor.

“In reality, we need two people in each ward,” said Williams. “The wards are so large, there’s no way one person can touch everything in that ward. It’s not possible.” Ward 2 is the only ward that would have two code enforcement officers, but committee members agreed that the goal should be to get two officers for each ward.

Before departure of the Urban Renewal code enforcement officer, Williams said, the work done in Ward 2 catered to Urban Renewal areas, neglecting the west side of Hazel Street.

“All the focus has been on the east side,” she said. “Everything else is falling by the wayside.” Williams blamed low pay for the rapid turnover in her department. No one else besides Williams makes more than $30,000. Whitfield said again that he wanted every full-time city employee’s salary increased to that dollar amount.

Whitfield made a motion to add a supervisor position to the Code Enforcement Department, which was favored by the committee.

That was the last budget considered for the day.

Before Ryan Watley, CEO of Go Forward Pine Bluff, could address the committee concerning the 2017 Sales Tax Fund’s 2022 budget of $4,755,000, Whitfield made a motion to table Go Forward’s budget until the city attorney could provide clarification on what the council could legally do.

“The paper reported a week ago that because of legislation that I made because I felt like the money that was being given to Urban Renewal and Go Forward was taxpayers dollars, it was called an act of thievery,” said Whitfield. “I take offense to that, so today, I don’t want to waste anyone’s time.” Whitfield, who was visibly upset, added that he didn’t feel that the committee should entertain the budget until he got written documentation from the city attorney that the council could use tax money from the 2017 tax fund for other purposes.

Whitfield was referring to an editorial in The Pine Bluff Commercial in which the newspaper criticized council members for attempts to use money earmarked for Go Forward Pine Bluff for other purposes.

Lockett concurred with Whitfield and said it was an unnecessary burden for the council to appropriate the city’s money and then be called a thief. He said he was “tired of hearing what was promised to the people.” “I don’t know what we promised these people, but every time there is an issue on the floor, I don’t mind my colleagues voting against using the money for particular purposes,” said Lockett. “I have taken great offense of saying that it can’t be moved because we made promises to people.” Lockett’s gripe was that the 2017 tax had gotten out of hand when a few council members suggested that the monies be spent based on the priorities and needs of the city.

Lockett called the actions behind the tax “disrespectful to the council” and “bulldozing a proposition without changing it.” “I was told that you couldn’t change anything within this tax. It was going to go the way it was going,” said Lockett.

“We’ve had some problems for some time about this issue,” said Lockett, as he seconded the motion. “You cannot be a thief if you appropriate money to help the citizens of Pine Bluff and somehow make the quality of life better.” Assistant city attorney Joe Childress joined the meeting to hear the committee’s concern.

Whitfield told Childress that not only did he want the written request, but he also wanted the 2017 Sales Tax Fund budget separated from the city budget so the two could be voted on separately.

“It ought to be two separate things because if I can’t control it, I should not be voting on it,” said Whitfield. “I’m voting against it, but I’ll vote for the city budget — not for the $4 million we are giving away.” 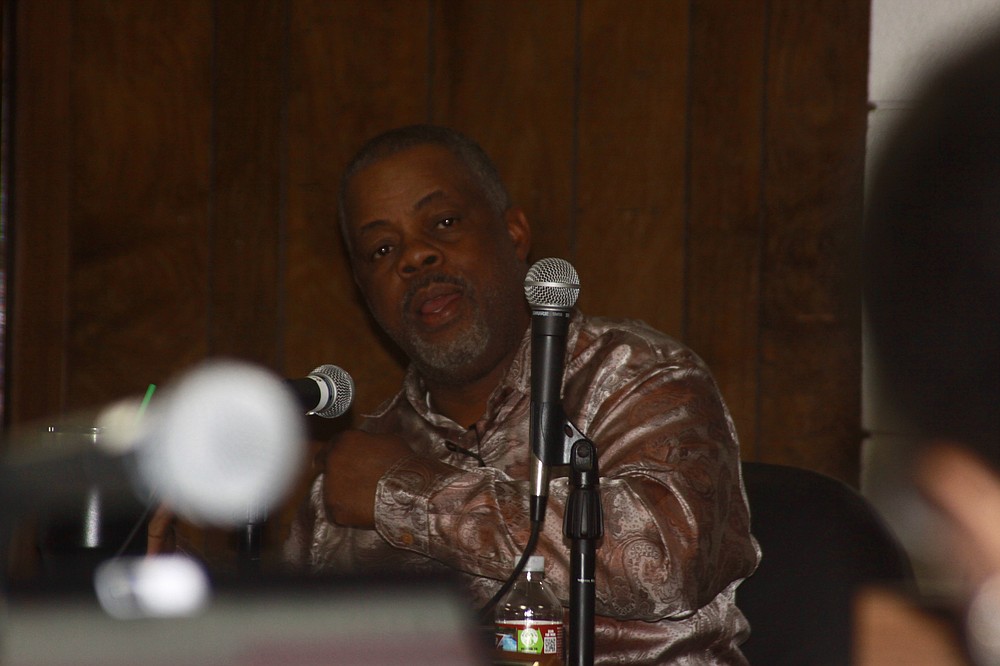