Will Smith makes his biannual bid for an Oscar nomination in "King Richard," a sports bio-pic about Richard Williams, the father and coach of tennis stars Venus and Serena Williams. For some folks (including myself), the description 'sports bio-pic' comes with its own baked-in expectations. Sports movies and big screen biographies have a history of following all-too-familiar formulas and relying on the tried-and-true rather than offering something new.

I'm not sure "King Richard" offers anything new, but it does tell its story well. And when you have such captivating subjects, sometimes that's all you need to do. Director Reinaldo Marcus Green and screenwriter Zach Baylin seem to understand that. They pull us into Richard Williams' story, not through tennis and not through fame, but by connecting us to those closest to him -- his family.

As bio-pics tend to do, "King Richard" mentions but mostly skirts around some of the more unsavory details of Williams' personal life. Instead, it (wisely) hones in on one particular period, namely his time taking his incredibly gifted daughters, Venus (Saniyya Sidney) and Serena (Demi Singleton), from a crime-ridden Compton, Calif., neighborhood to becoming two of the most recognized names in tennis history.

The Richard Williams we meet in the early scenes is a man driven by the scars from his own painful past. It's what motivates him to push his daughters harder than most; to raise them in their home and off the streets; to encourage them to pursue their dreams and overcome adversity. He preaches conviction, humility and hard work. He's determined that his girls will succeed where he didn't and that they'll have the father he never had. It's an obsession born out of love, but an obsession nonetheless (he even drafted a 78-page detailed game plan for Venus and Serena's life -- true story).

While the girls are in school, Richard spends his time hitting country clubs around Los Angeles trying to convince local tennis pros to coach his daughters. After class, he takes Venus and Serena to a rundown city court in a gang-infested part of town to practice. He then ends his day working nights as a security guard. Lost in Richard's aggressively up-front bravado is his wife Oracene (wonderfully played by Aunjanue Ellis), a stabilizing, behind-the-scenes force who was crucial to the Williams sisters' success.

Green and Baylin do a good job moving the story forward, and even at 144 minutes, the film never drags or feels like it's wasting time. It tracks Venus' path to tennis stardom that takes the family out of Compton and to West Palm Beach, Fla. It covers their close relationship with renowned tennis coach Rick Macci (a terrific Jon Bernthal). It shows Venus' decision to turn pro at only 14-years-old. And the movie doesn't shy away from the inescapable racial component that simmers under the surface. It's deftly handled by Green whose calculated restraint lets us sense it and feel it ourselves.

But ultimately this remains Richard's story, a man who grew up in Shreveport, La., "running from the Klan" and who takes beatings from neighborhood gangbangers to protect his daughters. And while this is a more saintly portrayal of Richard Williams (I mean the superstar sisters are executive producers), we do see his complexities rise to the surface. We see him being stubborn, overbearing and controlling. "I call the shots," he confidently reminds a perturbed Macci. It leads to Richard being labeled controversial and considered a self-promoting distraction by the press.

I don't mean this as a knock, but I wasn't prepared for how good Will Smith is in this. Grizzled and hunched, the star vanishes into the title role, delivering one of the very best performances of his career. The smart and savvy Smith thoughtfully channels Richard's confidence, his eccentricities, and his deeply buried bitterness in ways that never resemble mimicry. He's helped by the warm and organic chemistry he has with Sydney and Singleton. Meanwhile the film's secret ingredient is Ellis who (much like her character) often sits in the background but speaks with strength whenever something needs to be said.

"King Richard" doesn't quite avoid all of the sports movie trappings. Take the last 20 minutes or so, which are spent on one long, overdramatized tennis match. It's something sports movies love to end with -- the big match, the big game, the big race, the big fight. Yet this film still maintains enough nuance to separate it from other feel-good crowdpleasers of its kind.

Most of all, it's hard to watch "King Richard" without being inspired, not by the money and fame, but by the fact that Richard Williams' preposterous plan actually worked. It shows that any family -- full of love and deeply committed -- can overcome their circumstances and do something great. Of course having two of the greatest athletes of all-time in your family probably doesn't hurt. 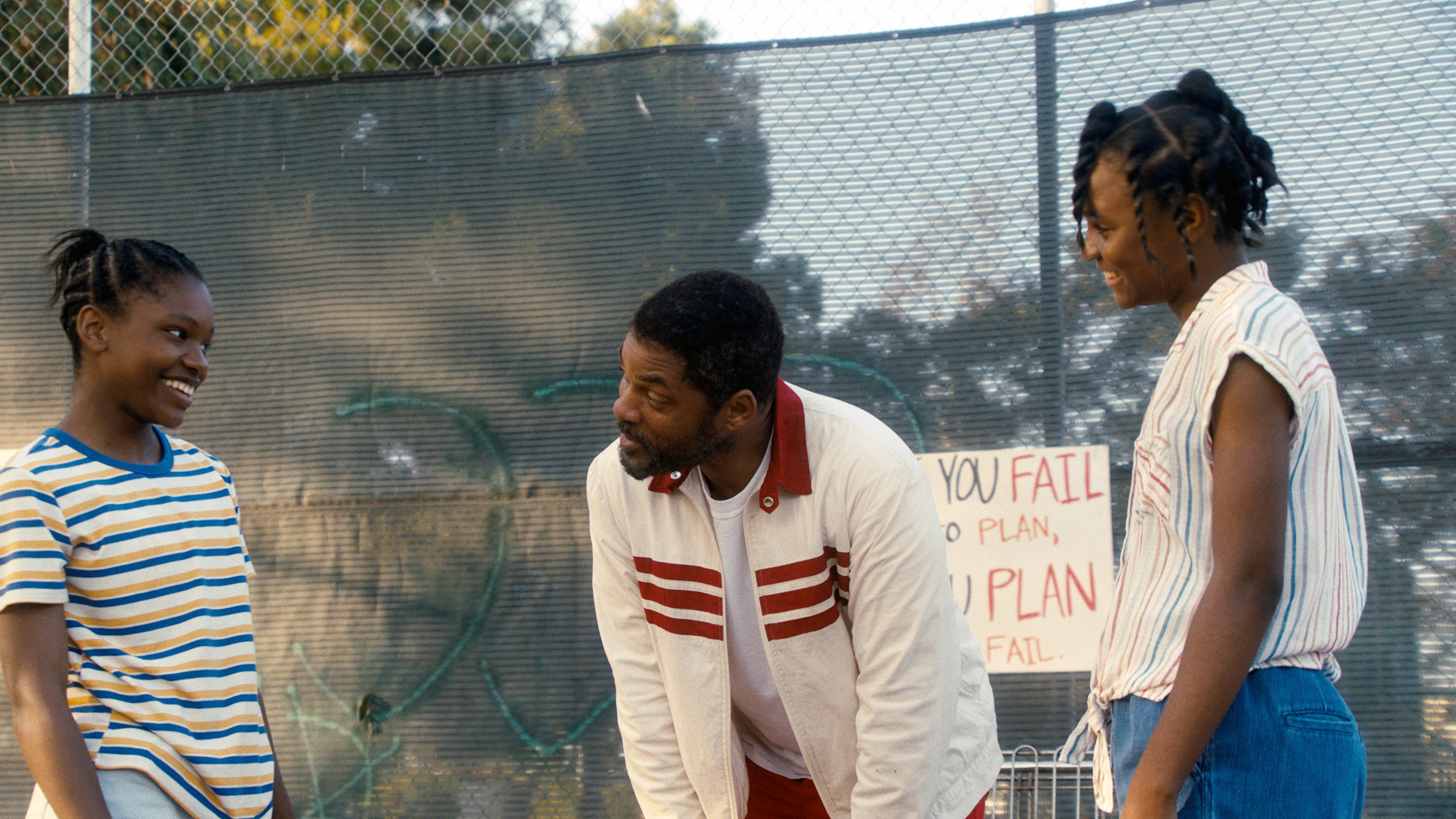 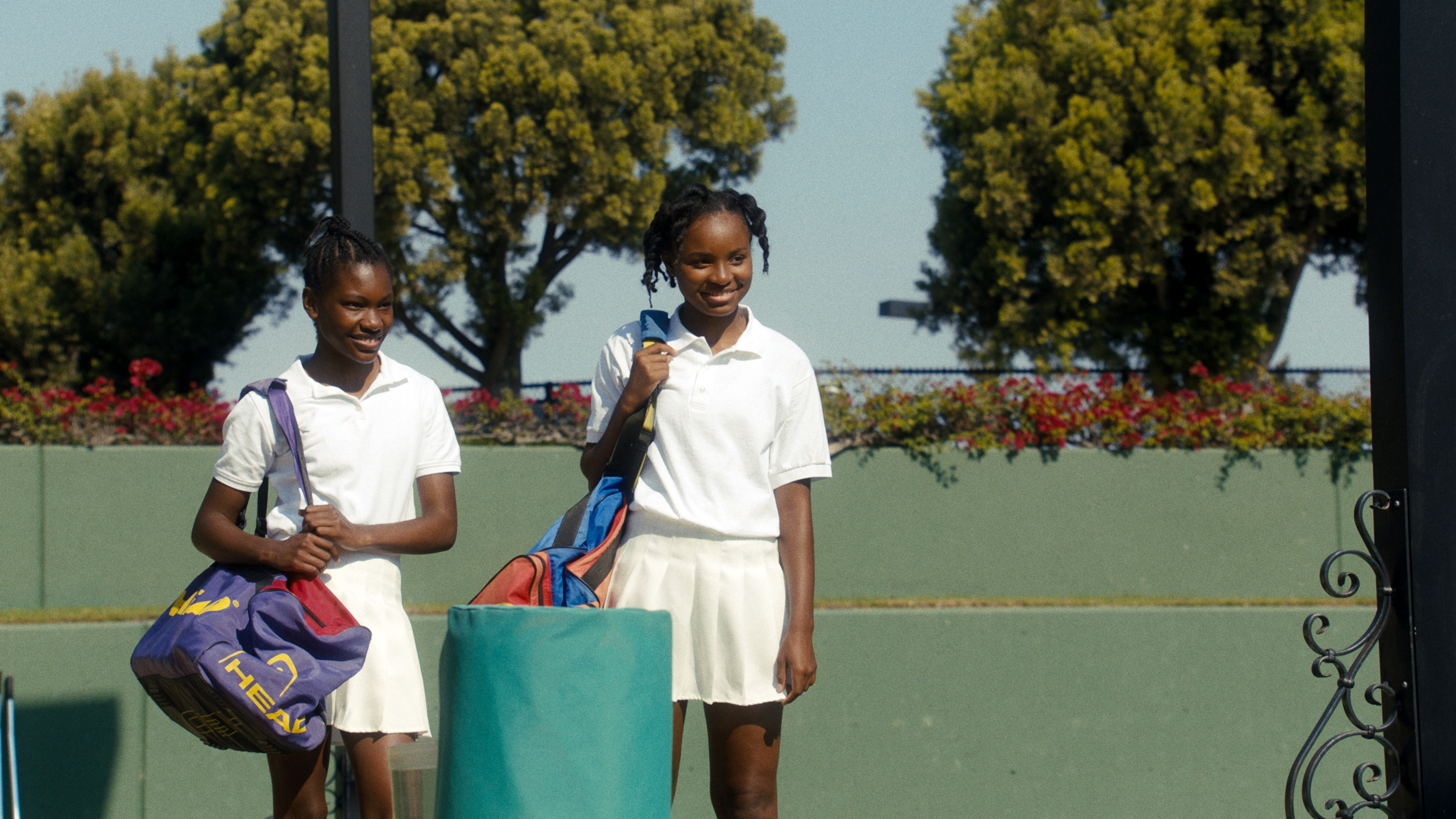