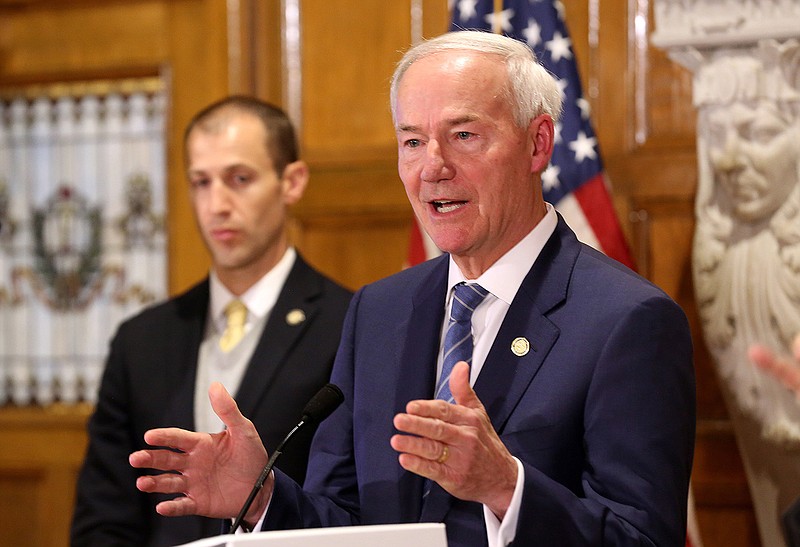 Gov. Asa Hutchinson will call the General Assembly for a special session next week on proposed tax cuts, but some legislators are hoping to introduce legislation on other topics, including abortion and critical race theory.

(Before jumping in, go here to read about how Arkansas’ income taxes currently work).

What other changes are in the bill?

It would create a nonrefundable low-income tax credit of up to $60. The full credit would be available to those with income at or below $23,600 and phase out gradually based on income, up to $24,700.

Another part of the legislation would smooth the tax cliff between tax tables. These adjustments ensure someone who just barely qualifies for the high-income tax bracket doesn’t pay dramatically more than they would on the lower income tax bracket.

The bill links the standard deduction to the consumer price index.

Business income taxes would also decrease under the bill. The top corporate income tax rate would drop from 5.9% to 5.7% in 2023, and it could drop further in 2024 and 2025 if certain triggers are met.

What about other topics legislators want to cover?

The governor said he intends the session’s focus to be tax cuts, but a vote by two-thirds of each chamber would allow legislation on another topic to be introduced.

Sen. Jason Rapert, R-Conway, said he is drafting legislation to mimic Texas’ new law allowing citizens to sue someone involved in an abortion after 6 weeks of pregnancy.

Go here to read more about the plans for the special session, and sign up for our politics newsletter to stay up-to-date throughout the meeting of the General Assembly.