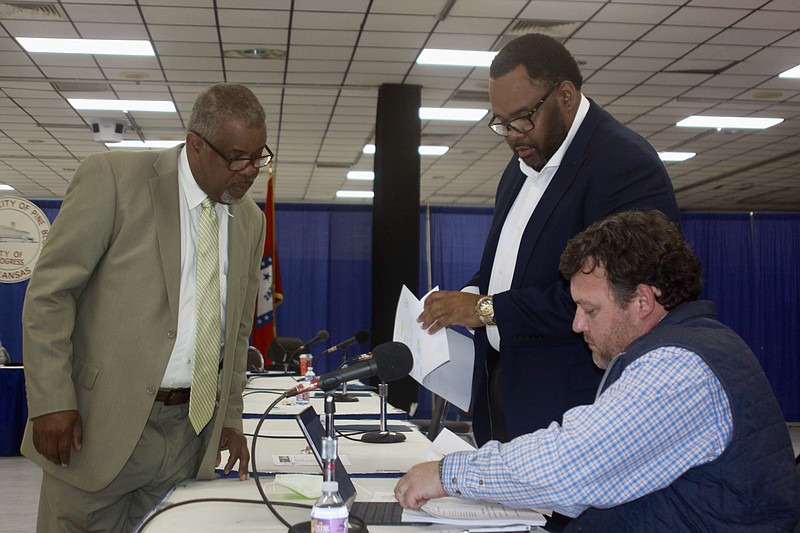 Scooters are a go for the city of Pine Bluff as the Pine Bluff City Council passed a resolution Monday authorizing the mayor to execute a memorandum of understanding with Bird Rides, Inc., for the deployment of a stand-up electric scooter sharing system in the city.

According to the agreement, the electric scooters will be governed by the rules applying to bicycles and are to be ridden on streets, in bike lanes and bike paths. The scooters are for riders 18 and older.

The scooters will operate from 4 a.m. to midnight. A minimum of 50 scooters will be provided at launch and will be monitored by Bird Rides Inc.

All liability and insurance coverage is provided by Bird Rides Inc.

Pine Bluff Mayor Shirley Washington supported the initiative but felt downtown wasn't developed enough for scooter usage. Washington said the college campuses would benefit greatly considering the distance between the buildings and the fact that students must walk to get to and from class.

Council Member Glen Brown Sr. said he felt downtown did not have enough places for people to go.

All members voted in support of the resolution to see how the electric scooter will work for the city.

A proposed resolution regarding the fiscal impact of proposed legislation and appropriations was also approved by the council.

Sponsored by Council Member Bruce Lockett, the legislation was an attempt to try to look at how the city was spending money on long-range projects.

"One thing that concerns me is we allow things with public money in terms of investing into buildings that I don't know if we're thinking through," said Lockett. "Trying to get a conversation that is, Urban Renewal buys a city block of buildings -- how do we sustain these buildings over the long haul."

The resolution states that the finance director, in cooperation with council committees, will establish a mechanism for the determination of the fiscal impact of proposed legislation, which, if enacted into law, would directly or indirectly increase or decrease revenues received or expenditures incurred by the city government.

An expenditure of public funds by the city council, or proposed by a department head, that imposes a new or increased cost obligation on the city must have a fiscal impact statement attached to it, according to the resolution.

The fiscal statement must indicate by fiscal year the total impact on the city government for the first two years the proposed measure would be in effect and also a cumulative six-year forecast of the fiscal impact.

Lockett said he prefers feasibility studies and market studies when the city starts looking at investing tax payer's money for things that have to be maintained year after year. He said he wants to know the fiscal impact of new expenditures, but Lockett also said the city needs to know where the money will come from to pay for the projects.

"One of the things that is starting to worry me at night is that we are taking money that we have for right now but nobody is looking down the road," said Lockett, who used the Bank of America building as an investment everyone thought was a good idea that he did not support. "I never saw the long-range implication of it. Now we got a building, but we got to pay $10,000 a year in taxes for a building that has no public use."

In other city business, a resolution was passed authorizing the mayor to execute an agreement with Crist Engineers Inc. for professional services regarding various sewer projects and a new main sewer line across the Arkansas River Project.

A resolution authorizing the mayor to execute a work order with McClelland Consulting Engineers Inc. regarding easement preparation and construction management services for the North University Drive sewer extension passed.

The rendering of one proposal removes Council Member Steven Shaner's home address from Ward 2 and placed it into another ward.

A second proposal, which is is said to be the preferred option, closely aligns with the current 2010 City of Pine Bluff Municipal Wards and keeps Shaner within Ward 2.